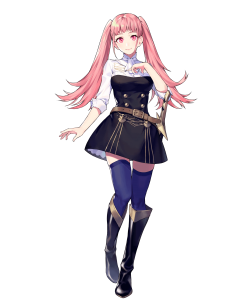 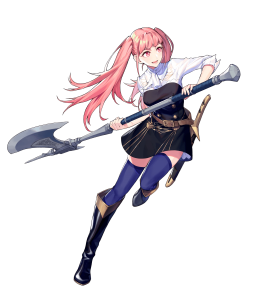 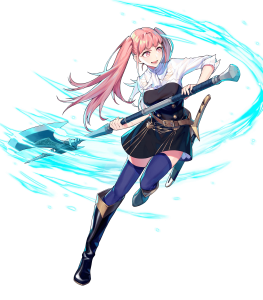 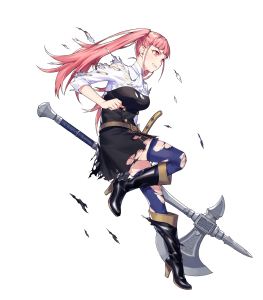 Another Day, Another SLAY (Offensive Nuke)

Although fairly interesting as a concept, the base capabilities of Hilda’s Freikugel were sorely lacking compared to modern additions — with even inheritable weapons, such as Plegian Axe and Love Candelabra, out-performing her on both offensive and supportive fronts. Thankfully, though, its refinement did quite a bit to improve Hilda’s overall standing.

Arguably most importantly, however, are the QoL improvements Freikugel’s refinement brings to Hilda’s unique (but honestly kinda weird) Defense-comparing mechanic for triggering the weapon’s selfish and supportive benefits: now, she can reap her offensive strengths by maintaining a simple Solo condition, and her ally bonuses remain permanently active as long as she has not entered combat during the current phase.

These new conditions are likely much easier for players to manage and maneuver around in gameplay, but the fact that she also retains her Defense-comparing mechanic makes it possible to actually exploit both aspects of her weapon simultaneously. Again, this isn’t enough to necessarily elevate her to premium status, but it does carve a unique niche for Hilda as one of the few units capable of flipping between offensive and supportive roles in the middle of battles and with the same build.

Contrary to her carefree personality, the Goneril noble packs quite a punch with her Atk/Spd combination of 37/37 — a rather potent baseline that actually remains pretty competitive despite her age and becomes further highlighted by her access to the maximum amount 20 Dragonflowers. This ensures she can deal relatively consistent damage through raw numbers and follow-up attacks, in addition to making her deceptively bulky when paired with Freikugel’s damage reduction and her Null Follow-Up access to deny a good portion of enemy damage.

Refined Freikugel already renders Hilda quite versatile, and this is underscored further through the impressive skill availability allotted by her infantry status: with access to crucial abilities in Null Follow-Up, Time’s Pulse, Flashing Blade, and Even Pulse Tie, the Idle Maiden becomes quite flexible in her potential applications and features a good deal of malleability for various roles.

Hilda primarily relies on her high Spd and Freikugel’s 40% damage reduction from her foe’s first strike for her survivability. While this works fine for the most part, instances where enemies can bypass these mechanics (such as those wielding reduction-nullification effects like Nanna’s Lands Sword and/or Brave effects, or anyone who can simply outspeed her) throws a heavy wrench in her plans due to how low her actual defenses are.

There’s no denying that Freikugel’s ability to easily switch between offensive and supportive effects is certainly an interesting concept, but this flexibility comes at the cost of Hilda being far from the best in either of those roles. She can certainly push her own damage or safeguard allies much better than a respectable portion of the cast, and there is value in the flexibility of having both simultaneously — but she’s never going to compare to top-end damage dealers or support units since Freikugel’s overall resources are cut down in both respects to account for the fact that it can do both.