Community Posts with Keyword Hinoka All 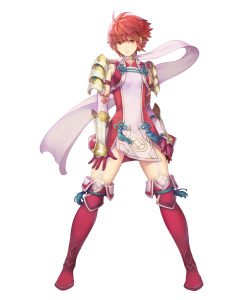 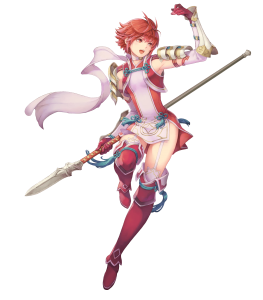 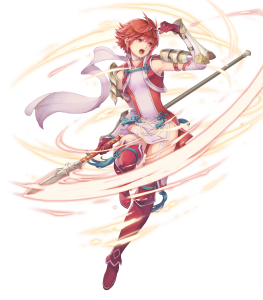 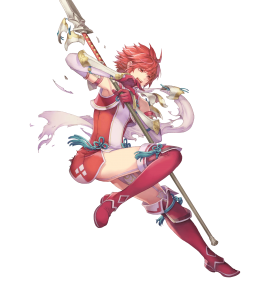 Hinoka functions best with an offensive boon due to her default options of weapon- both Hinoka's Spear and Brave Lance benefit from Attack or Speed boons.  Her Speed is on the lower side when comparing her to other upper-tier blue fliers, however, this is either made irrelevant with her Brave Lance set or rectified with her prf weapon's secondary skill.  She should dump Resistance and HP whenever possible, as neither of them really help her much when dueling melee-based enemies.

Hinoka's Spear opened up the door for Hinoka to lift herself head and shoulders above her blue flier competition. In addition to giving her a fantastic +4/+4 Attack/Speed stat boost when close to her allies, she can also take an additional forge boost, giving her more Speed, or an +Effect boost which offers both infantry and flier teammates exceptional mobility when she's on the field supporting them.  Either is good depending on your team needs, but as a solo unit, Hinoka benefits more from +SPD than she does from +Effect.

Swift Sparrow furthers her Attack and Speed potential, allowing her to offer up a crippling 59/46 Attack/Speed before Sacred Seals or buffs come into play (35/35 from a +SPD IV, 39/39 from Spear effect, 43/43 from Swift Sparrow, 43/46 from refining for +SPD, and 59/46 for factoring in actual weapon damage).  Life and Death or Fury are variants on this that alter her offensive capabilities slightly either by crippling or rounding out her defenses.

Her B slot ideally has a typical Desperation, which works particularly well if you're running fury on her. This allows her to work as a pseudo-brave unit (with that whopping 59 Attack) after she first takes damage. Flier Formation will still work here if you decide not to take her +Effect refine.

With all of this going on, Hinoka still ideally wants to have a teammate with Hone Fliers and will gladly give them a Fortify Flier buff in return- but if Hinoka is your only member capable of Hone Fliers, then she can still run that with great success and doesn't necessarily need the extra buffs, though a teammate with Goad Fliers would be the next best thing.

Hinoka has the flexibility to run a Brave Lance set with an Attack boon and her default Brave Lance, or an imitation quad set with a speed boon.  Though this build with a Speed focus pales in comparison to the more-accessible Cordelia, it's still worth mentioning as she can run it rather well.

With her Attack boon build, she predictably focuses on maximizing her Attack. Each point of Attack she gains is doubled due to the nature of her Brave Lance, so she wants to go all in with skills like Death Blow and seals like Atk +3.  Life and Death can also work with this build, particularly if you have a Speed Hinoka and are looking to make more of a quad set.

Hit and Run is always ideal, particularly for player phase fliers like Hinoka, because it allows her to dart into enemy territory and retreat back to her allies without compromising her safety. Desperation can also be run, particularly if building Hinoka for quads.

Firesweep Lance is a natural choice for Hinoka with a Speed boon, as it eliminates her need to worry about defensive stats. Worth noting that this build is extremely pricey, but its ceiling is worth the investment although Tana and Cordelia are slightly better at running this build than her due to their superior offensive stats.

Life and Death is the best A slot for her, due to defensive stats are generally unneeded for Firesweep build. Heavy Blade is a good choice for turn 1 Galeforce procs, however, this shouldn't be attempted unless you have another Hone Fliers buffer on your team to ensure that Hinoka has the maximum chance to proc her Heavy Blade. Due to the speedy nature of the metagame, Hinoka will have a difficult time securing doubles against Sword units- therefore, Swordbreaker is good to run in her B slot to circumvent that issue entirely. However, Hit and Run is also useful for positioning, as it allows her to escape enemy range after her turn.

This is a pricier build but allows for Hinoka to apply poke damage to opponents and support your team through killing powerful red units as well as helping to break Fighter skills of high-defensive armors without taking retaliating damage.

As the only unit to possess Hone Fliers for the first several months of the game, Hinoka was highly sought after for many people wishing to create a flier emblem team. Her difficulties, however, have been numerous: her availability has always been her limiting factor, followed closely by the fact that she was generally outclassed by Cordelia and that her most desired buff- Hone Fliers- is a buff that only she came with.

Still, she has decent stats, matching Cordelia in Attack but losing out to her in Speed. Her similar Attack stat to Cordelia and Est means that she's still tied for the best user of Brave Lance among blue fliers, though her inability to give herself her own Hone Flier buff can make her fall short.  She's not meant to be run as a defensive unit either and will be outclassed in that role by units such as Tana, Valter, and Subaki.

With the introduction of Hinoka's Spear, a new prf weapon, new life has been breathed into Hinoka.  Now she functions with a near-permanent +4/+4 Attack/Speed buff if near an infantry or flying ally and opens up her team for far more mobility options with her +Eff refine, allowing both Guidance (for infantry and fliers) built into her weapon.  This singlehandedly allows her to compete with the top tier blue fliers again and gives her an edge over fliers that did not have a prf, such as Cordelia and Est.

35 base Attack is the highest among lance fliers, tied with Est and Cordelia.

This makes her ideal for a Brave Lance + Death Blow build.

Hinoka's Spear allows her to gain +4 additional attack if near an ally, giving her the highest Attack stat among blue fliers.

32 base Speed is lower than Tana, Cordelia, Shanna or Shigure, but Hinoka's Spear more than makes up for that with a +4 to her Speed when near an ally. This allows her to actually outstrip Cordelia, Shanna and Catria, tying with Tana for the highest Speed stat among blue fliers.

Flier buffs such as Hone or Goad Flier, as well as a Speed boon can bring her to high Speed threshold that is enough to kill most meta units.

Hinoka needs little SI sacrifices to shine, as she comes with Brave Lance and can learn Hinoka's Spear.

Her C slot is Hone Fliers, which is crucial for flier teams.

In addition, Hinoka's Spear offers both her flier and infantry allies excellent movement and positioning support. In this way, Hinoka can be a fantastic support unit, as well as a devastating offensive unit.

41 HP with 25/24 Defense/Resistance makes it difficult to build her as a brawler, as it is unlikely that she'll be able to take more than one or two hits per engagement.

This is somewhat mitigated by the ability to increase her Speed, limiting the amount of attacks she'd need to withstand from her opponent.

Hinoka is absolutely unable to deal with Merric- his bulk is too high to oneshot on Player Phase and he will kill her easily in Enemy Phase.

Archers in general also serve to counter her effectively; particularly archers with high Defense and/or Speed that she'd have difficulty KOing in player phase.

Middle of the Pack

Without her prf lance, Hinoka pales in comparison to lower-rarity blue fliers; Cordelia has higher Speed than her and Est has the same Attack (arguably all that matters in the Brave Lance/Death Blow build) with much easier availability.

Hinoka lacks the versatility of her fellow 5 star exclusive blue, Tana, and is badly hurt by the fact that she cannot buff herself with Hone Fliers.

With optimal IVs of +ATK and -HP, Hinoka serves as the secondary blue lance flier in my Flier Emblem Team when raw offense is needed

Hinoka's Spear with a refined SPD effect is the central point of this build, as it patches her HP bane to neutral and puts her SPD to an acceptable 35, which can reach 39 when combining when triggering her weapon's effect. Luna is her chosen Special in order to punch through slightly more bulky units like Hardin and Effie.

Finally, because I now have an additional flier with Hone Fliers, Hinoka can now take advantage of that, which further amplifies her offense to ridiculous levels.

A Flier support build originally made due to compensate pulling her with -Atk, I decided to stick with the idea after her new weapon and refine were released. The build is mainly focused on synergizing with her Prf weapon's effect to give her a role as a Flier Rescuer and defensive support, while also giving her some use as a duelist so as to not completely ignore her offensive capabilities. If Galeforce is not available or if it's sacrificing too much of her offense, Moonbow or Luna are safe choices as alternative Specials.

Now before you say: "This is a worse Valter" it is very important to know that this is a build of neccesity and not one of optimal use.

Warning: This Hinoka has the best results with a water blessing, while also being paired with Legendary Ryoma. The HP and def boosts allow Hinoka to go from a worse falter to a cheap mixed unit that is quite honestly a discount for the results given.

I made this build to compliment a flier team i made surrounding the recently released units, Legendary Ryoma and Pale Flower Nino. I desperately needed a Hone Fliers user and i just happened to have a single Hinoka lying around in my baracks. The catch? +Def/-Res. At first i was gonna make an offensive build with life and death 3, until it hit me-What if i used her ivs to make her defensive. And thus, this build was born.

TL;DR with a really shitty build and the right teamates hinoka can become an absolute monster on enemy phase and your phase while sacrificing little offensive potential. If it's water season thats an extra plus 4 to defense if her teamate is ryoma. And the most expensive thing on this build is the Atk/Def 2 seal. Have fun.

This is the Hinoka build I run on my flier team with Morgan, Witch Nowi, and Gerome. She&#039;s a frontline attacker, which is why I run goad fliers to provide buffs in combat (which is especially helpful to Morgan&#039;s bladetome.)

I always wanted Hinoka,she was my favorite in Fates.Even if Cordelia is better,I prefer Hinoka because she can still do alot of work (plus,her att is amazing,sorry Cordelia).I switch between Hone Attack and Hone Fliers,but I still have yet to get a Flying Bladetome user to put her Flier Buff to good use. 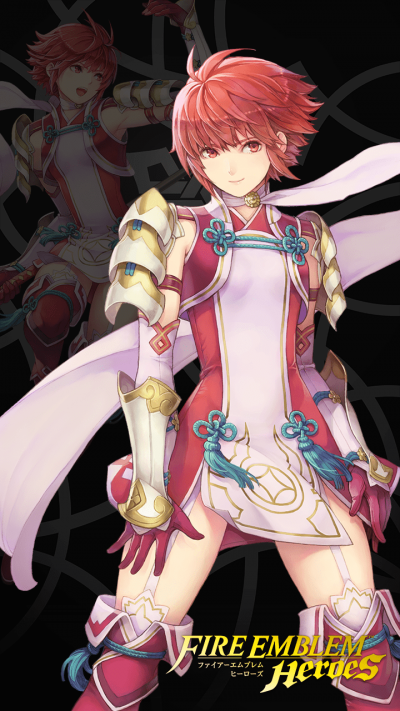