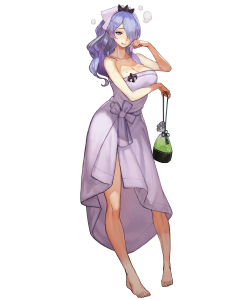 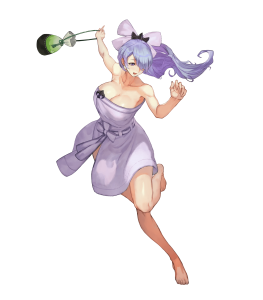 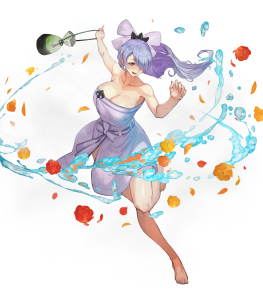 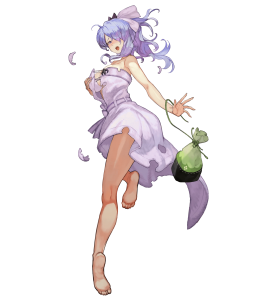 Hostile Springs Camilla can run offensive dagger setups with good results thanks to her 33 Attack and 35 Speed. By compensating for her somewhat average attack through the use of the right inheritable weapons and skills, she can pull her weight as an offensive flier.

Hostile Springs Camilla is available in the Grail shop, which means that merge copies can be obtained should one choose her as their project to spend their Heroic Grails on. This makes her easier by comparison to merge compared to competition for her role such as Eir who is tied to Legendary or Mythic Hero banners and Spring Kagero who is seasonal locked.

Being a flier allows Hostile Springs Camilla to have freedom with her positioning, as well as have access to powerful mobility skills such as Flier Formation or Aerobatics. Hostile Springs Camilla can either push forward in ways that grounded units could not, or have an easier time retreating over otherwise uncrossable terrain.

Part of my Ace Squadron. While Eir technically outclasses her in skills HS Camilla is easier to obtain as she will soon be available to purchase with Heroic Grails where as Eir is behind a paywall. Her Ouch Pouch allows her to have a first turn Iceberg which combined with Fury allows her to safely enter Brazen and Desperation range making her an above average mage counter. Once she is able to reach plus 10 her stat line will be 45/53/45/24/35.