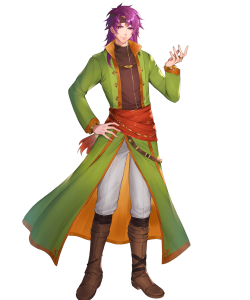 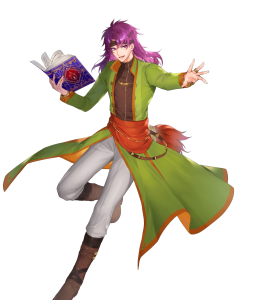 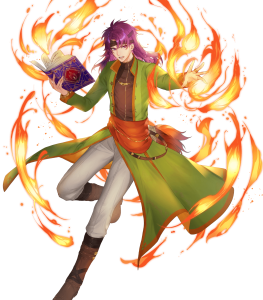 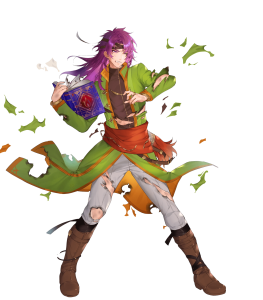 Passive A: Close Countering A Slot

Hugh’s base damage output is quite impressive, owing to his great 38 Attack and fantastic 42 Speed.

As a cute callback to his Gold-locked recruitment in Binding Blade, Sell-Spell Tome gets better as players invest more Dragonflowers into Hugh. If his HP is ≥ 25% at the start of combat, he gains buffs to all stats:

Additionally, if he has ≥ 3 Dragonflowers, he gains a Bonus Doubler effect, doubling his visible buffs during combat. Hugh can effectively become an excellent stat-stick, overwhelming enemies purely because of significant stat differences.

40 HP, 27 Defense, and 24 Resistance are shaky at best. Though his low bulk can typically be patched outside OHKO-territory by Sell-Spell Tome and his native Spd/Def Ideal, he may struggle to receive multiple hits.

Susceptible to Panic and buff neutralization

While Hugh’s base Rouse Atk/Spd 4 grants Null Panic, should positioning require him to be adjacent to an ally, he will be unable to prevent his visible buffs from being reversed by Skills such as Sudden Panic and Panic Smoke. Additionally, his buffs can simply be neutralized by Lull Skills and Dull Skills/effects rather than panicked, and there is currently no counterplay to these effects.

If Hugh’s buffs get panicked or neutralized, Sell-Spell Tome grants +7 to all stats during combat, and…that’s it.

Hugh’s Sell-Spell Tome works similarly to Farina’s Hotshot Lance and Malice’s Spendy Scimitar in that their full potentials are only unlocked when players invest Dragonflowers. As Dragonflower investment is currently irreversible, some players may be wary to throw Dragonflowers Hugh’s way, especially considering the effects are rather underwhelming (compared to with 0 Dragonflowers, Sell-Spell Tome with 5 Dragonflowers only grants +3 Atk/Spd/Def/Res and a Bonus Doubler effect).

While this may seem to imply that Hugh does not necessarily need Dragonflowers to perform, he effectively becomes a generic Infantry Red Tome without them, as a personal weapon that only grants +3 base Speed and +4 Atk/Spd/Def/Res is…quite sad, really.