Community Posts with Keyword Innes All 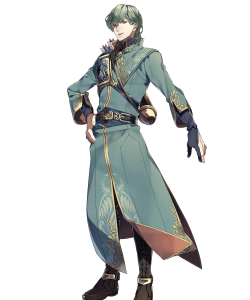 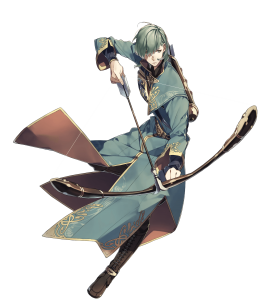 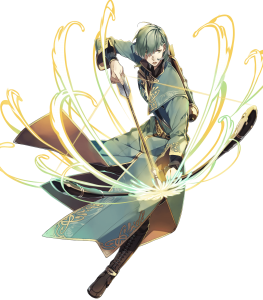 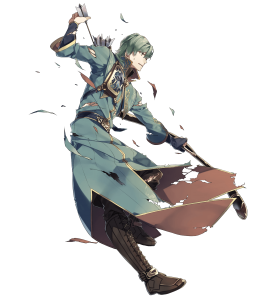 The personal weapon of Innes, Nidhogg is identical in functionality to an Owl tome, giving him a boost in all stats except HP by the amount of adjacent allies times two. When refined, Nidhogg allows Innes to prevent counterattacks from mages and dragons. While this runs somewhat counterintuitive to Innes' high Resistance stat, it is nevertheless useful as it helps him to safely attack into meta threats.

Innes' status as an infantry unit allows him a wide range of inheritable skills which can help to prop up his somewhat-outdated statline.

Innes' stats weren't that competitive at his release, and he's only gotten more outdated as time goes on. An Atk/Spd statline of 33/34 is just barely workable these days, while his abysmally low Defense of 14 and HP of 35 aren't doing him any favors when it comes to getting hit by physical damage. His only stat that manages to hold up is his Resistance stat of 31, which is - these days - just 'okay'.

There are certainly niches where Nidhogg can shine, but overall it's just... okay. Confusingly, it blocks counterattacks from mages instead of other archers or dagger units who would cut through Innes' poor Defense stat like tissue paper, which dramatically hurts Innes' abilities as a generalist. It's also limited to Player Phase only, making it difficult for Innes to position himself where he can attack an enemy while still being protected in the corresponding Enemy Phase.

Long time staple of my team! Works best in AR against flier teams, mages, & sometimes dragons. His prf weapon helps in dealing with the two latter weapon types, unless mages have raven-type weapons(just less damage, can be overcome w/ special), or dragons with steady breath and/or Null C-Disrupt.

- Assist: This assist is mainly meant for buffing teammates up when he either isn't in range or would be killed in attacking the enemy - usually in the case of armors w/ DC. Can be substituted for movement-based assist skills or different buffs.
- Special: Iceberg helps with mass damage, with his high res as well as Flashing Blade, he's usually able to cut the Special charge in half. Other specials like Moonbow and Glimmer would yield more frequent use, and can be substituted for Iceberg.
- A Skill: Fury 3 provides him a very nice all-around boost of 3 to every stat, giving a Spd boon Innes an offensive spread of about 51/41 (mine is merged +2, so not too sure for unmerged stats). The 6 damage recoil is very helpful for him reaching vantage range, as a non-HP boon should let him hit Vantage after only 2 different sets of combat (should he take no damage during or before combat).
- B Skill: Vantage is key. It greatly helps in dealing with any 2-range opponents, getting rid of the threat before they can act. Unless the opponent has a counterattack blocking skill, raven-type weapon, or is a 1-range unit, he will be able to take down most that attack him. Especially with allies next to him (weapon effect), or if his Special is charged up.
- C Skill: A very versatile skill slot in this case. Def Smoke helps the most for him dealing with any remaining enemies through vantage, but things such as Savage Blow or other Smokes can really help himself and his team. This slot can be used for really anything the team needs in this build, so it's whatever someone desires.
- Seal: Flashing Blade helps his Special in most cases. He's able to outspeed a fair amount of enemies, being able to both double and get his Special ready in those 2 hits. A +Spd boon or Spd buffed Innes works the best here - if there's no use for this skill, however, any Brazen skill would also help in this Fury-Vantage build.

These are his stats at +7. I chose his effect refine as denying counters fron dragons is just too good to pass up, but a res refine would work better.

Meant to be a dedicated magic tank with this set. With just one ally sitting next to him, he gets 46 res and 57 attack, before hones/tactics. You could also give him spd/res bond instead if you want him to double more consistently.

I went with dull ranged as I find blade tomes and buffed Reinhardts are a bigger threat and much more common than raven tomes. QR would be good for ensuring doubles, since some mages can get crazy fast.

If he's getting buffs then something simple like drive def or spur def/res to support his teammates that can tank the physical hits he can't.

Current build I’m running for Innes at the moment, he’s only +2 right now but most definitely one of my favourite units to use. This build focuses on keeping Innes close to as many teammates as possible and tanking mages. More of an enemy phase build. 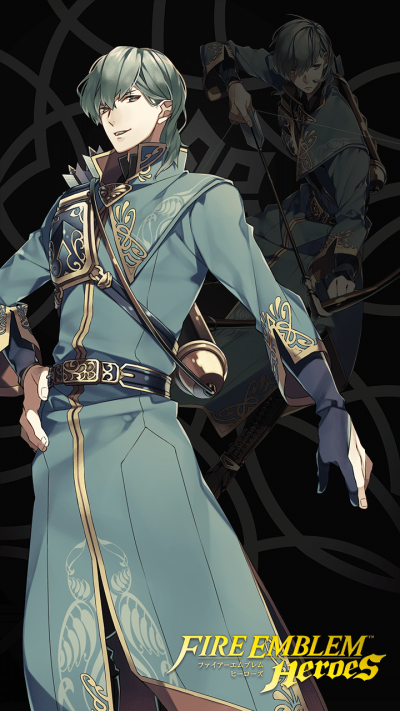