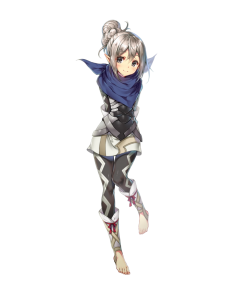 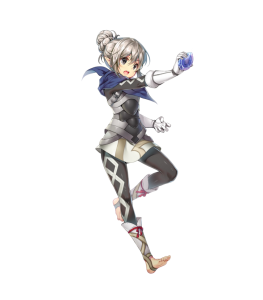 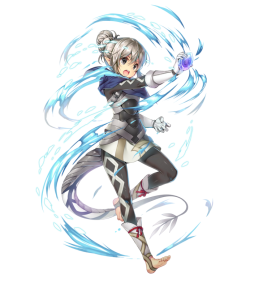 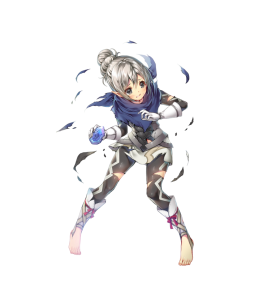 Let the Sunshine in! (Mixed Bruiser)

While Kana (F) has always been somewhat of a sidegrade to Fae, her access to Sun Dragonstone greatly increased her overall potential. The raw stat boosts (which are easy to access just by fighting on Enemy Phase, where she already excels) and built-in Atk/Spd Lull effect grant her a huge boost in combat capability. Unfortunately, this does mean that she desperately needs to be given Distant Counter in order to be able to tackle the wide variety of threats that she’s capable of handling.

As a 5 star exclusive unit, Kana (F) will always have the distinction of being fairly difficult to invest heavily in for the majority of players. However, given the right investment, Kana (F) is quite a powerful unit that can excel in pretty much any game mode.

Combining the raw stat boosts (which can potentially work on either phase, though they’re much easier and consistent on Enemy Phase) with Atk/Spd Lull gives Kana (F) a huge effective boost to her overall combat potential.

As an infantry dragon, Kana (F) has access to a wide variety of powerful options like Null Follow-Up and Null C-Disrupt as well as the potent adaptive damage trait of dragon breath weapons.

The increasingly large number of anti-dragons available in Fire Emblem Heroes is concerning for those looking to invest in Kana (F) for the long term, as no matter how much stats she gains she will always have to be wary of those with anti-dragon weaponry.

As a 5 star exclusive unit, Kana (F) is already in a difficult spot in terms of obtaining merges and optimal IVs, but she also needs a lot of premium skill inheritance such as Distant Counter or Null Follow-Up/Null C-Disrupt to excel.

Aether for sustaining, DC for landing debuffs on ranged units, Windsweep for safe debuffing, and anything goes for the Assist and C-slot.

Female Kana is a great tank!

Support skill: The point of this build is to have her next to another ally, so a rally skill fits her well.

B slot: Up to your choice. I think vantage and desperation are good options too!

C slot: Goad Dragons is optimal if you run her with another dragons, but you can use whatever you want as well.

Although most dragons are built for enemy phase, Kana has the benefit of being able to run high speed builds. While it is not uncommon to see answers to M Grima and therefore answers to F Kana, she can safely run something M Grima can’t. Windsweep. Using the refined buff effects of Light Breath paired with Windsweep, F Kana will be sweeping any melee unit with less than 47 spd while buffing herself and allies by 5 to all stats for an incredibly potent enemy phase with a statline of 45/49/42/38/31 and applying Atk Smoke on top of any in combat buffs from stance skills.

The idea is for her to initiate and let Light Breath buff her stats by +5. This then opens up several options; she can be danced and go on the offensive, likely in Desperation range and with an 18 damage Bonfire ready; she is better set to tank on the enemy phase; she can be swapped/repositioned by a Light Breath buffed enemy phase ally.

She&#039;s greatly helped by an ally running Goad/Ward Dragons or Drive skills to help after Light Breath&#039;s buffs. Backup in the forms of an anti-red, in particular an anti-Falchion, unit like her alternate realm mother or Nowi who can give her dragon buffs or a bulky lance with Drives, though Kana should run something different for her C skill if not supported by dragons.

Dark Breath is also an option to debuff the enemy rather than buff herself and her allies. Ideal IVs would be +Spd -Res to capitalise on what sets her apart from her green sisters.

You ever see that Shield Pulse Corrin vid? That's basically what this is, but it's Kana. Or as I like to call her, my Discount Fae. Water Breath is one of the better Breaths imo because of its damage reduction. So I thought of the Shield Pulse build and thought, 'What if I could reduce even more damage from distant enemies?', and so I made this build. Yeah, -spd isn't the best bane for Kana, but a seal and Water Breath refine patches it up fine. A solid 37 Spd allows her to avoid doubles and maybe double by herself, meaning she doesn't need QR. Plus DC helps a lot because Lighting Breath is weaker and isn't worth it since Water Breath is crucial to this build.