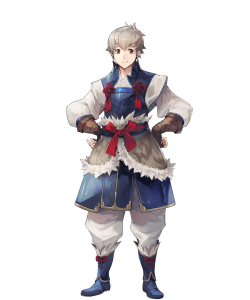 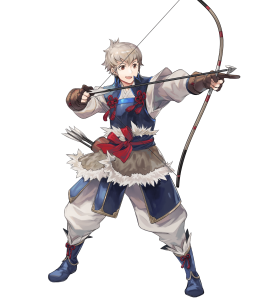 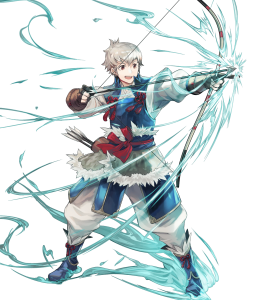 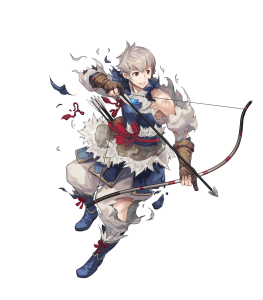 “he just like you” “frick, you’re right” (Enemy Phase)

Passive A: Close Countering A Slot / Atk/Spd Boosting A Slot

Near Save ally- Any Atk/Spd Boosting A slot works to maximize Kiragi’s damage and follow-up control. Null C-Disrupt neutralizes the enemy’s counterattack-prevention effects, which makes Kiragi much more reliable and consistent at KOing.

Kiragi’s enthusiasm for hunting shows through his high 38 Atk and fantastic 43 Spd, which allow him to deal high raw damage and consistently perform follow-up attacks.

Access to skills such as Null Follow-Up, Null C-Disrupt, the Lull family of B slots, and Time’s Pulse improve Kiragi’s combat consistency and reliability. Additionally, as an Archer, Kiragi has access to the excellent Whitecap Bow.

As a consequence of not hitting the books, Kiragi finds himself relatively defenseless against enemies that wield them, with his 23 Res leaving him vulnerable to being OHKO’d by magical attacks.

Aside from his infectious positivity, Kiragi struggles to stand out amongst his peers because of his lack of a personal weapon or skill. With that being said, Kiragi eagerly awaits the release of an Arcane Bow, as his strong overall statline will make him one of the weapon’s most exceptional wielders.