Community Posts with Keyword Kjelle All 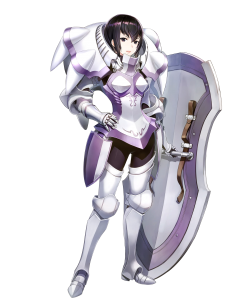 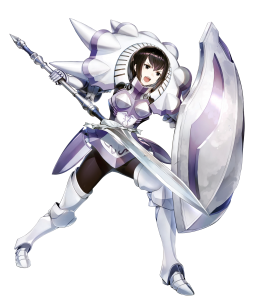 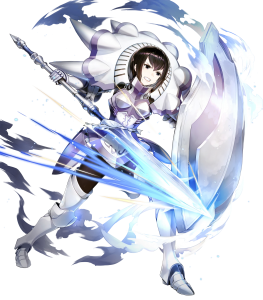 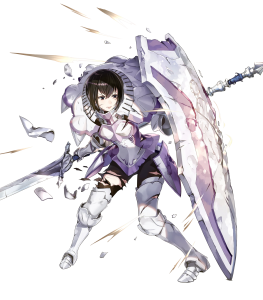 Step aside Effie, your (vastly superior) replacement has arrived. Featuring equal or significantly better stats in all areas except for HP, Kjelle offers no mercy for Effie. She even gets +4 instead of +3 with a +ATK Asset, making her even better at Effie’s arguably greatest strength.

However, aside from being a significant improvement over Effie stat-wise, Kjelle doesn’t really do anything particularly different from Effie. Generally, she runs the exact same builds, except a bit better. She also shares one of Effie’s downsides in that she doesn’t have a particularly unique niche due to lacking a unique weapon. This means that while Kjelle is a clear upgrade to Effie, she will still be inferior compared to someone like Brave Hector. In addition, Effie’s availability in the 3-4 star summoning pool makes her considerably easier to merge for long-term usage.

With a potential 44 Attack with a +ATK Asset, Kjelle is capable of considerable damage output. This potential is increased due to her access to armor-exclusive skills like her base Bold Fighter and Special Fighter.

Kjelle has strong Defense and Resistance, making her a great candidate for a mixed tank (particularly if she utilizes her base Barrier Lance).

As an armor unit, Kjelle has access to powerful armor-exclusive skills like Bold Fighter and Special Fighter, which play key roles in her strong combat capabilities.

One of the greatest weaknesses of armor units is their horrid mobility, which can make them a liability in some situations if not accounted for.

Kjelle also suffers from a weakness to anti-armor weapons, which can be particularly troublesome in the Arena game modes where they are fairly common.

Kjelle’s lack of access to a unique weapon makes it difficult for her to stand out compared to someone like Brave Hector. While she is quite superior to Effie stat-wise, she doesn’t really do anything particularly different from her.

Given her standard kit and stat line, Kjelle takes the classic Brave Lance Effie build and steps it up. While she lags behind in the attack department by 1, she does have the same powerful attack superboon as the former lance armor. In every other category (excluding HP) Kjelle wipes the floor with Effie.

When combined with her innate Bold Fighter skill, a Brave Lance+ allows her guaranteed quad attacks when initiating against foes, while still maintaining an attack stat above 50 (with an Att+ seal or boon). This allows for already insane Player phase firepower, but just wait, it gets better. With Bold Fighter, she can charge her innate Dragon Aura skill in a single “burst” from her lance, enabling her to proc it on every 3rd hit. However, this special should be changed, as the same can be done with Dragon Fang, a more powerful skill. Astra is also able to do this, and Aether will proc on the 3rd hit if an enemy lands a counterattack. With a +Def boon, Ignis or Bonfire are both good choices.

With her build already leaning towards starting the fight, Death Blow 3 (or 4 if you have it) is a no-brainer choice. If she has an ally with Hone Armor or ATK Wave to lend a hand, Kjelle can easily have an effective 65 attack...with a Brave Weapon. This allows her to ORKO pretty much any non-green unit on the battlefield, with few exceptions.

However, be aware that this build leans HEAVILY on Player Phase, and Kjelle will be severely outmatched when on the defensive. Luckily, her standard 37/28 defensive line is often enough to allow her to weather the storm. Armor March, combined with Assist skills should be used to keep her out of harm’s way whenever possible.

This is an experimental FTP build with a heavy focus on creating an anti-mage tanky armor unit, much of which revolves around Kjelles initial kit. Barrier Lance+ with the Res refine gives her a decent 32 Res, and 39 Res during the enemy phase. Add to this the +5 Res buff from Atk/Res Bond 3 (Granted an ally is next to Kjelle), combined with buffs from armored allies via Hone Armor and Ward Armor, and even the more prominent glass cannon green mages like Lewyn, Yune, and both Nino's will be hard pressed to leave a dent, especially with Deflect Magic 3 in the Seal Slot,

A lot of the build could be reworked to accommodate a player's personal taste. The always coveted Distant Counter would be excellent in the A slot if you have the fodder to spare. I put Hone Armor in the C slot for general team coverage, but Even/Odd Resist Wave 3 could be fun to try out. A boon in Res would also be good for this build, I just happened to roll +Def -Spd, and feel it gives Kjelle more coverage in fights with bulky blues like Hector and L!Tiki.

The Kjelle I just pulled. I see this as an absolute win!

Arena set:
Aether or Galeforce works quite well with Bold Fighter (Aether also could potentially restore enough hp to go back to Quick Riposte range). Distant Counter to counter ranged units which works well with Quick Riposte seal. Bold Fighter needs no introduction. Armor March helps her move 2 spaces if she is next to another armored unit and helps to close in on units easier for player phase battles.

Aether Raids Defence: Ward Armor Team
Distant Counter still good for AR. Wary Fighter to mitigate damage in a Ward Armor defence. Ward Armor to boost defensive stats of the other armored units in the team. The special could be Iceberg. The seal can be Brazen Atk/Res or Renewal depending on who else has what seal.