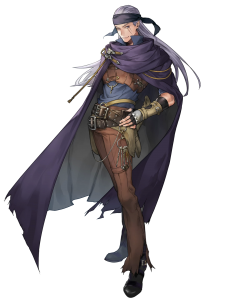 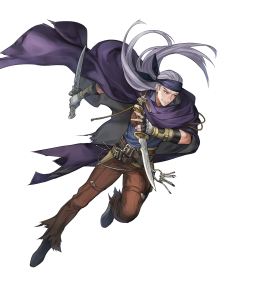 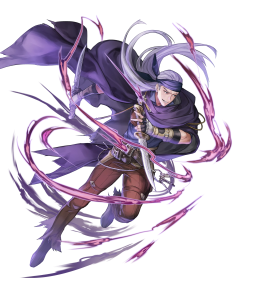 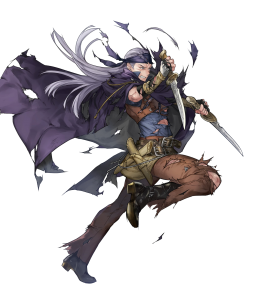 Legault’s unique weapon, Hurricane Dagger (+Eff), offers multiple abilities including extra damage based on his foe’s buffs in combat, similar to The Cleaner+, a buff to Legault’s Atk and Spd, and up to 30% damage reduction if Legault is faster than his opponent.

Legault’s status as a dagger-wielding infantry allows him to use good skills like Null Follow-Up and Time’s Pulse. Because he is colorless, he has neutral matchups across the weapon triangle, with the exception of units using weapons like Blarraven+ or Ethereal Breath.

Legault’s base 38 Spd is still high by modern standards and allows him to follow-up attack and get Hurricane Dagger’s damage reduction in combat against many units.

Legault’s availability from the normal summoning pool at 3-4 star rarity means that players have a generally easier time summoning him than many other heroes, and may have copies in their barracks already. This makes him easier to merge compared to 5 star exclusives, in general.

Legault’s base 39 HP is mediocre, his base 24 Def is somewhat low, and his base 19 Res is quite low. He will generally take significant damage from any attack he is hit by. While Hurricane Dagger reduces the damage by up to 30%, this relies on Legault being faster than his foe by 10 points to get the full 30%, and some extremely strong attacks may oneshot him through the damage reduction as well.

There are many other colorless dagger infantry with fantastic effects that Legault does not have, such as Yuri, Ascended Joshua, and Leila, as well as many other units of a different weapon or movement type that can perform a similar role as a strong player phase attacker. While Legault’s combination of damage reduction on a dagger and damage that scales with enemy buffs is currently unique to him at the time of writing, it may not be enough to make him worth using over some of these other units.