Community Posts with Keyword Leif All 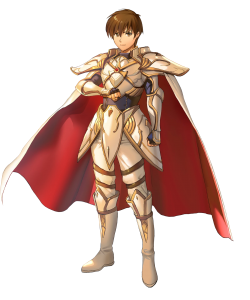 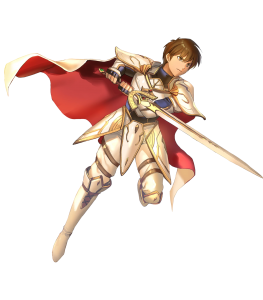 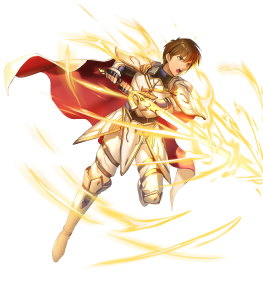 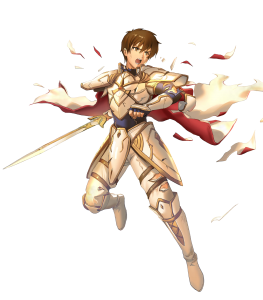 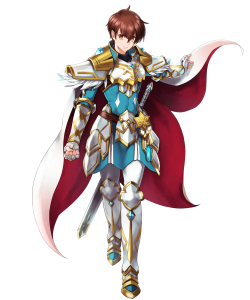 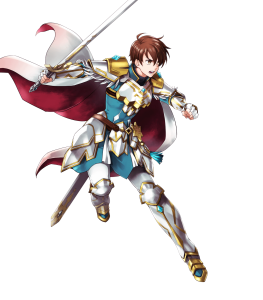 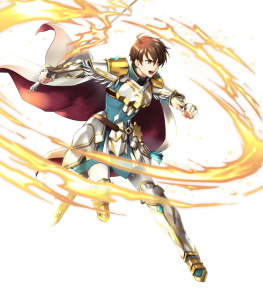 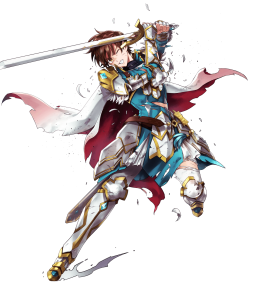 “I’ve lived for this alone: to choke the life from you with my bare hands!” (Galeforce)

“Your soul sings with the voice of Njörun. You’ve done her legacy proud.” (Max-Investment Arena)

Assist: Any Dual Rally+ / Any Rally Up+

Despite being a Gen 2 unit, Leif’s statline holds up quite well in the current meta. 40 HP, 32 Attack, 38 Speed, and 30 Defense are decent base stats that only increase with investment (via Dragonflowers, merges, and Skills) and support. Because of this, Leif can be a surprisingly great damage dealer and solid physical defender.

What was once tagged as nothing more than a Chain Challenge and Tempest Trials convenience is now one of Leif’s greatest strengths. The beverage of choice for the best units in Leif’s army (looking at you, Asbel), S Drink in Heroes is a personal B Slot that heals Leif for 99 HP and grants him -1 Special cooldown on the first turn of every map. Since Chain Challenges and Tempest Trials have several consecutive maps, Leif is a great unit to bring; S Drink’s healing makes him self-sustainable while its -1 Special cooldown, in tandem with Skills that further decrease Special cooldown such as Light Brand, Time’s Pulse, and Quickened Pulse, allows him to immediately activate Specials with 3+ cooldown such as Bonfire, Ignis, and Luna. As for “competitive” game modes…

Naturally, the best character in the series is also the best movement type in the game. Access to Skills such as Flashing Blade, Odd Tempest, Even Tempest, and S Drink alternatives including Null Follow-Up, Lull Spd/Def, and the Spurn family significantly increases Leif’s combat performance, flexibility, and convenience of use.

40 HP and 23 Resistance sum to an unimpressive 62 magical bulk, leaving Leif vulnerable to being OHKO’d by strong magical enemies such as Legendary Lilina, Lysithea, Ishtar, Sacred Stones Selena, and Bramimond.

Unfortunately, calling even post-refine Light Brand a strength would give it too much credit. Widely considered to be one of the weaker personal weapons, Light Brand has the following effects:

On paper, Light Brand seems solid, as it effectively grants Leif -1 Special cooldown, +4 Speed, +7 Defense, and 7 true damage (that becomes 14 if he performs a follow-up attack). However, the conditions to achieve half of the effects can be difficult to meet. If the enemy’s HP is not 100% at the start of combat, Leif loses 4 Spd/Def, potentially resulting in a struggle to keep up with enemy stat-sticks; if the enemy’s Defense is not 5+ more than their Resistance, Leif also loses true damage, which he greatly appreciates given his only workable Attack stat; if neither condition is met, Light Brand is just a Defense-refined Slaying Edge that gives 2 less HP and 1 less Defense in exchange for 2 more Might.

With Heroes’ incredibly bloated Infantry Sword pool, Leif may struggle to shine amongst his peers if players are uninterested in S Drink’s utility. Even with S Drink, Infantry Sword-wielders such as Mareeta, Ryoma, Winter Altina, Byleth (M), Byleth (F), and Kris (M) are typically preferred overall due to their stronger personal weapons and statlines granting them greater flexibility and/or role optimization.

Of course, there is no reason to use any Infantry Sword with someone as great as Leif in the mix, but hypothetically, the aforementioned units would generally perform just as well as, if not better than him.

Swift sparrow and Odd spd wave push Leif&amp;#039;s already fairly high spd, allowing him to double most units in the game and escape being doubled by even the fastest of units like Karla or Phina.
(Joint hone spd works quite well as a more reliable spd buff if you&amp;#039;d like instead of odd spd wave)
Moonbow&amp;#039;s low cool down synergizes well with light brand&amp;#039;s shortened cooldown, allowing him to always trigger his special.
Chill Atk and Def then debuff the enemy, increasing Leif&amp;#039;s survivability and damage output.
This build works quite well to support any team composition.

Leif is a speedy boi, so let us use a build focused almost entirely on his speedyness. Light Brand and Ignis do nothing to capitalize on his speed, but Light Brand help him do more damage against, say, Hector, and Ignis helps him damage units even more, even if they have 52 Def or above. S Drink is just there because it helps with Ignis, and Swap is there because why not. Now we get to the fun part, his speed! Flashing Blade is to help Leif trigger Ignis faster (obviously), and, if the enemy can counter and Leif doubles, he is able to trigger Ignis on the first round of combat. Threaten Spd is there so Leif can double, or avoid doubles, from high Spd units like Mia, and, while her Spd surpasses his at +10 + Speed+3 + a Spd boon, reaching 50 Spd, he can lower her Spd to 45, which puts Leif into Flashing Blade range. Though, with Harsh Command to counter Threaten Spd and Spur Spd, she can double Leif no problem. And Speed+3 is there for all the reasons regarding his speed above. This is a +10 build, by the way.

A very niche one hit wonder Leif I like using. While he does require the team support of two pulse units (Ostia's Pulse or Infantry Pulse), he hits extraordinarily hard.
AoE specials bypass the weapon triangle, combat buffs from sources like fortify defense, drive defense, steady stance or steady breath will not prevent damage dealt by them. Because of this, he is likely to get a very clean hit with his Wo Dao boosted special, leaving most enemies, even blue tanks, in a range where he can finish them in a single blow once combat starts.
He does however struggle to overcome vantage, as his AoE special will put the enemy within vantage range before combat starts. Powerful vantage users like Ares and Swordhardt will therefore have an easy time dealing with him.

I got unlucky with his IVs but got a cool idea of how to use him. This build goes full into the role of combat medic by abusing the combination of his own skill S Drink, Quickened Pulse and a cooldown reducing sword having a Sol special ready to unleash on a unsuspecting green foe (preferably). On modes with consecutive battles he would be able to heal someone at the end of the previous battle, start the next getting full hp with his skill, heal someone else and then use his Sol special to heal himself, basically opening the possibility to heal a third teammate, or just survive the battle. He has enough stats to be an excellent combat medic while still covering (albeit being a bit more mediocre). The HP skill is to further augment his hp pool when combined with the +5 from weapon refinery, leaving him with 50 hp, and heal fully a lot more of characters, with only 7 armors with more or equal his hp with their base skills. C is left to the always useful drive atk.
For options, if you've got a hero with infantry pulse, you could either keep the light brand or change the seal slot to other more combat helpful seal. Infantry rush wouldn't be that cool, as you would need to hit first to reduce your cooldown reducing the enemy's hp and therefore reducing the amount of hp you could heal. Not to mention the risk of the counterattack killing Leif if he just healed someone.

Super standard Leif. Use DC to beat bows and everything sans bulky blues and non green magic. Fast enough to avoid doubles and the attack boost from the boon is much appreciated. Quick riposte is there for doubles against fast swordies/ anything else. C is interchangeable I use atk tactic. Light brand is a cool weapon, but slaying edge also works. Aether for points n stuff