Community Posts with Keyword Leon All 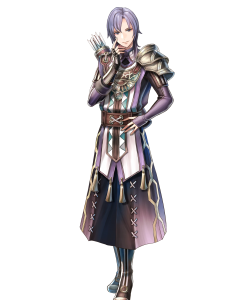 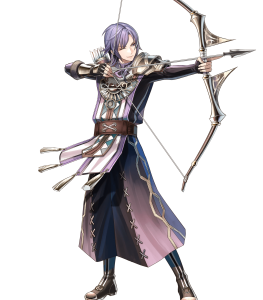 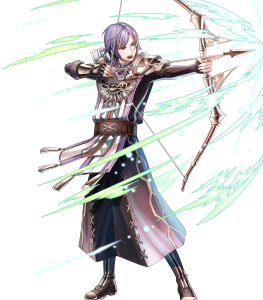 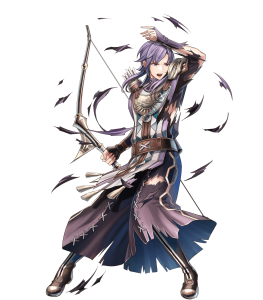 Leon has a clear spread with high HP, Attack, Defense, average Speed, and awful Resistance. Min-maxing him is easy.

The principle of this build is simple: Put Leon in range of a physical enemy, tank while not letting them charge their Special, then unleash an Ignis/Bonfire on Player Phase.

It is worth noting that +ATK IV with a +Def refine works better than +DEF IV with any refine in this build (especially when a +Atk refine on a ranged weapon gives less than a +ATK IV). Due to the low number of Dagger and Bow units in arena, this build goes down in value if you aren’t using Close Counter. It still allows Leon to survive an unbuffed Brave Bow Brave Lyn when Def-boosted.

Leon’s native B passive, Guard, is a very important component of the build due to the abundance of low-CD Specials, Cooldown-accelerating skills, and fast Brave Bow users. Since Guard is taken as B slot, Quick Riposte is taken as Sacred Seal.

With the Slaying Bow’s Cooldown reduction, Ignis will trigger at the end of the battle if the enemy doubles Leon, guaranteeing heavy damage on whoever tries to touch him. If the enemy isn’t fast enough to double, Ignis will be ready for the following Player Phase.

The recommended Assist is Reciprocal Aid, so Leon can stay in Quick Riposte range. The recommended C passive is Threaten Def as it enables an extra push against very bulky opponents who would have survived two rounds of combat.

Hurry Up, I Need My Beauty Sleep (Brave Bow)

A straightforward Brave Bow set with maximized Attack. Since Brave weapons make one hit twice on Player Phase, each Attack point the unit gains is used twice, and each Defense point the enemy loses is counted twice. Leon’s okay Speed coupled with the weapon’s Speed penalty means he won’t double naturally and risks getting doubled, so every other stat is secondary. If one does not have Death Blow fodder, a simple Atk + 3 will do.

B passives have always been varied for the slower Brave weapon users until the release of Chill Def . Chill Def lowers the Defense of the foe(s) that have the highest Defense stat among the enemy team. Since Brave weapons have lowered Might compared to standard weapons, they are particularly ineffective against high-Defense foes, making Chill Def an excellent fit for them.

Swordbreaker is also a good option due to the high number of sword users with innate Distant Counter. It can be replaced by the skill of your choice, like the excellent Guard Leon comes with. After all, Brave weapons also charge the enemy’s Special faster, so one of your units getting hit with a Special when Leon is unable to finish off his foe can potentially make the battle go awry .

Since Brave weapon users want to keep their battles to the Player Phase, their choice of Special skill is particular. In the case of units who won’t double (like Leon), that will be two shots fired on the first encounter (Cooldown charge +2). If a 2-CD Special is taken, it would be ready then. But whether Leon is attacked (charge +1 or +2) or is attacking in a new fight ( Charge +2), there would be a wasted charge. This is why Brave weapon users typically take an odd-numbered cooldown Special.

Another Type of Defense (Speedy Tank)

Speed is an excellent defensive stat: No matter how low your Def/Res is, if you don’t get doubled, you will only take half as much damage. This build is geared for short battles as you will take significant damage on your first bait and won’t be able to do much afterwards. Unless you use Reciprocal Aid to switch your current HP with an ally’s who uses skills like Desperation or have a healer partner. Speed-boosting allies are recommended when using this build.

For the A slot, Fury is taken over Life and Death to raise Leon’s offense as well as his defense since the latter skill would seriously dent his overall bulk . Despite the Speed-raising build choices, Leon’s base Speed is average, meaning he won’t double faster enemies without the help of Quick Riposte.

Distant Def is an amazing Sacred Seal that will add to Leon’s bulk, but if it is taken by another unit you can turn Leon into a debuffer with another Threaten skill as Sacred Seal. Any flat stat booster is good as Sacred Seal too.

The choice between Ignis and Bonfire depends on whether Leon has enough firepower for most of his matchups. Bonfire‘s cooldown goes down to 2 with the Slaying Bow, which means it will fire on Leon’s follow-up attack and tip the scales in his favor. If one doesn’t have the fodder for Bonfire or finds that the 15 extra damage is superfluous because Leon already KOs his targets with his follow-up attack, Ignis will be ready for a possible OHKO on the following Player Phase.

Author’s note: A Guard Bow + double Distant Def set was considered, but it yielded similar results to this set for a much bigger investment. Said skill set would perform particularly better against very fast units or those who have a guaranteed double like with the Bold Fighter skill.

Leon sure looks pretty, but he’s also physically tough and packs a good punch. While most archers see the Brave Bow path as best, Leon has flexibility and a good starting kit with Slaying Bow and Guard.

39 HP and 30 Def before buffs allows him to tank any physical attack of up to 68 ATK or any physical double attack of up to 49 ATK. As such, Leon is capable of taking retaliation hits and keep going. He can also be left in the frontlines if there’s no way to make him back out via Dance or Reposition after his attack. His natural Defense also allows him to power his way through with a Defense-based Special.

Leon can KO enemies of moderate bulk with his Attack, the second highest among archers at the time of writing.

If not for his HP, a magical breeze would bring Leon down. If Leon gets doubled or attacked by a Raven tome mage, he will not last.

If not invested in or supported, Leon will only double slower enemies. While he is speedy enough to avoid common doubles, new units have more BST to spread and the doubling threshold has raised, making 30 an unimpressive number.

Leon is the second best archer to be made into a +10 merge with Jeorge being the number one.

The only difference between the 2 archers is that Jeorge has his own weapon Parthia that increases his attack to +6 but only on ranged foes and can slightly tank through magical hits while Leon has more physical bulk meaning you can run Close Counter and Vantage oh him so he can tank the physical hits and counter back just like in his original game.

If you don't have Close Counter, then you can just run Death Blow on him to increase his damage output.

Leon has the same attack stat as Reinhardt so I decided to make a brave bow death blow build for him. I put cancel affinity on to deal with raven tomes. Savage blow so my other units can defeat the enemy easier.

Slaying Bow coupled with Moonbow helps enable a build based off doubling. Reaching a whopping 41 speed on the offensive, Leon will double all but the fastest units enabling moonbow on the second hit within the same round of combat. Conveniently, many of the speedier threats in the meta include flying units which Leon should be able to dispatch with a single shot, while the others tend to be sword infantry. With Swordbreaker, these units can be ORKO’d and a number of bulky sword cavalry or red armors can take a beating as well.

My Leon is very slow, which isn't ideal, so I fashioned this build around that. Fury would most likely be a better choice of A Skill, but Close Counter is fun. Brash Assault is very important to this build's success, as it allows Leon to attack four times in certain circumstances which allows him to punch through units he normally would not be able to. I'm not good at summaries, but I'm very proud of this boy.

An expensive but powerful build on Leon that takes advantage of his high base attack for his class. Brave bow+ with Death blow 3 is the bread and butter of this build and with new set of skills for Leon to play with to further boost his damage output with the use of Chill Def 3 to cripple the foe with the highest defense on the enemy team, while also granting himself an additional +6 attack buff on odd number of turns with Odd attack wave 3. 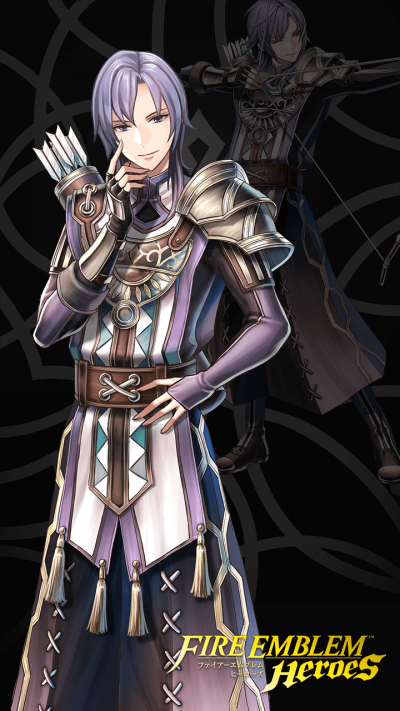 PSA for Rokkr Siege
@Kmac92 wrote: For those of you who can’t seem to get to…
Considering Arena Core
@TurkeySandwiches wrote: So I was planning to sort out an…
Does Heroes feel... Stale lately?
@pkslowpoke wrote: It just sort of feels like there’s…
I called it (FEH Pass)
@shmorgishfish wrote: Late but mobile.twitter.com…
Finally getting places!
@TrashMan wrote: Recently got spooked by a Ced when rolling…
Read More