Community Posts with Keyword Lewyn All 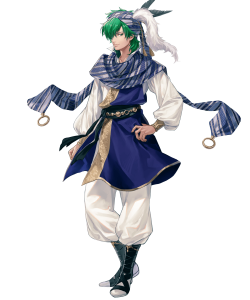 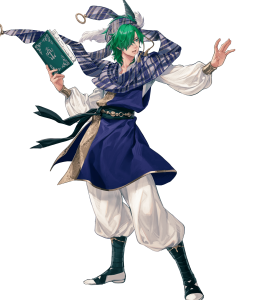 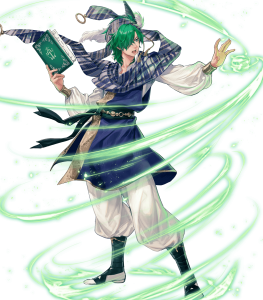 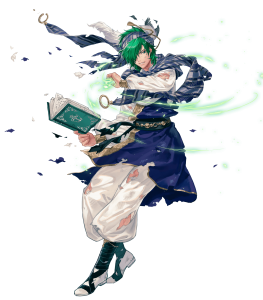 This set aims to take advantage of the perfect synergy between Lewyn’s unique weapon, Forseti, and the skill Special Spiral. Although Forseti’s effect differs from the skill Desperation by being active above 50% HP, they both require the user to be able to naturally double their opponent to work. As such, Lewyn prefers a boon in Speed above all else in order to secure as many follow-up attacks as possible.

Special Spiral takes the power of Dark Mystletainn and puts it into the form of a skill, allowing Lewyn to activate powerful Specials at a constant rate and can be taken a step even further utilizing the Flashing Blade Sacred Seal. This bread and butter combination works best with Specials that have a cooldown of 4, as they will be ready to go every single round of combat following their initial activation. Dragon Fang, in particular, makes for an incredibly effective choice thanks to its consistently high damage output while Astra can make for a more dynamic option that depends on the opponent’s magical bulk. For a less powerful but more consistent alternative, one can also choose to run a Special with a cooldown of 2 such as Glimmer in order to activate Lewyn’s Special during his first round of combat.

Moving on to main skills, Life and Death fits Lewyn’s playstyle perfectly by providing the strongest possible boost to his offensive stats without the need for any prior setup. Although Life and Death severely hurts his overall bulk, Forseti’s effect covers Lewyn by allowing him to instantly perform follow-up attacks when above 50% HP. In other words, Lewyn will rarely ever take damage as long as he can take out his opponent in a single round of combat. However, Lewyn’s native Swift Sparrow remains a solid option. Finally, both Odd Spd Wave and Odd Atk Wave makes for a fantastic choice of C skills, as they grant Lewyn a significant boost to his Speed/Attack on even and odd numbered turns respectively. Odd Attack Wave also has the benefit of coming in Lewyn’s base kit. Otherwise, the C slot can be replaced as needed to suit the team.

Blade at the Wind (Offensive Nuke)

In addition to his personal tome, Lewyn can perform extremely well with a standard Blade tome build. As with most Blade tome users, Speed remains Lewyn’s most important stat. This makes a boon in it the choice nature in order to maximize his damage output by securing additional follow-up attacks. A boon in Attack also makes for a suitable choice, as it increases his raw damage output. This makes it a more effective choice against slower bulkier opponents.

Due to his poor physical bulk of 55 leaving him susceptible to getting taken out in only one hit and no Forseti to protect him from immediate counterattacks, Lewyn will need to adopt the traditional Ardent Sacrifice + Desperation approach in order safely double his opponent without the risk of getting killed upon retaliation. By dropping his HP without the need to engage in combat, Lewyn can safely get into Desperation’s 75% HP threshold. Otherwise, any choice of movement skill such as Draw Back will make for a suitable Assist

Glimmer is a great choice of Special on any Blade Tome user, as it scales with the additional damage received from Hone/Fortify buffs and activates within a reasonable timeframe despite the cooldown penalty tied to Blade tomes. Alternatively, Moonbow can be used as a more effective option against opponents with high Resistance such as Sheena and Halloween Henry.

Lewyn’s native Swift Sparrow is the premium choice of A skill, as it provides a strong boost to her offensive stats on initiation without the need to forego anything else. A higher risk higher reward option is Life and Death, boosting Lewyn’s offensive stats even higher at the cost of severely damaging his overall bulk. This makes him even more susceptible to getting OHKO’d by both physical and magic damage alike. Finally, Fury makes for another solid choice by making it easier to get into Desperation range by increasing Lewyn’s overall bulk at the cost of a marginally weaker offense.

Without the need to stray from his base kit, Lewyn’s Odd Atk Wave boosts his self-sufficiency by granting him a substantial +6 to his Attack on odd numbered turns. Moving on to Sacred Seals, Lewyn’s high Speed once again makes him a premier user of the Flashing Blade Sacred Seal, allowing him to activate his Special more frequently. Otherwise, Speed +3 and Attack +3 are good choices for providing Lewyn with a solid offensive stat boost.

Through the combination of Special Spiral and the Flashing Blade Sacred Seal, Lewyn can make extremely effective use of AOE Specials. After their initial activation, these Specials will drop to a cooldown of only 2. Their activation before combat, as well as Lewyn’s attack with the Flashing Blade Sacred Seal during combat, allow for them to be readily activated every single time. This one-shot playstyle makes Attack the choice boon to have, as it increases Lewyn’s raw damage as well as the power behind his Special activation. Speed also makes for a good choice of boon in order make the most effective use of Flashing Blade.

As for the Special itself, Blazing Wind is generally the most consistent among the AOE skills thanks to its wide range. This makes it easier to catch other enemies in its range and hit them with heavy non-lethal damage. However, both Blazing Flame and Blazing Thunder work as solid alternatives. In order to maximize Lewyn’s OHKO potential as well as the power behind his Special activation, Life and Death makes for the best option by providing him with a very strong visible Attack boost on initiation. Last but not least, Odd Atk Wave remains a fantastic self-sufficient option for Lewyn thanks to the significant Attack buff it provides during odd-numbered turns.

Lewyn takes the standard formula of an offense-oriented mage and puts a powerful twist on it. Thanks to his personal weapon, Forseti, Lewyn will instantly perform follow-up attacks against his opponents when above 50% HP. In other words, it carries the effect of Desperation under a high HP threshold, making it instantly active at the start of battle. Strong combinations such as Forseti + Special Spiral allow Lewyn to blow his opponents away before they even have the chance to land a single hit on him.

Statwise, Lewyn shines offensively with fantastic values in both Attack and Speed. Not only does he deal significant damage, Lewyn’s exceptional base Speed of 37 (40 with Forseti equipped) allows him to double all but the fastest units in the game. Although Lewyn’s overall bulk is less than stellar, it’s inconsequential to his performance. Since Forseti’s effect is only active above 50% HP, Lewyn will rarely ever see the need to take damage

Overall, Lewyn is an outstanding glass cannon. His personal tome: Forseti, synergy with powerful skills such as Special Spiral, and a fantastic statline make him one of the strongest offensive mages around.

Lewyn’s high-end offensive spread of 34 Attack and 37 Speed makes him highly proficient in dealing significant damage to his opponents as well as performing follow-up attacks.

Lewyn’s personal weapon allows him to capitalize on his role as a glass cannon nuker by allowing him to instantly double his opponents when above 50%. It also opens up the B slot for powerful combinations such as Forseti + Special Spiral.

Although far less significant when using Forseti, Lewyn’s lacking physical/magical bulk of 55/63 can spell trouble if he ever needs to take a hit.

Mostly based off of my Forma build. At the time of writing this, I'm still trying to fill out Lewyn's Assist, Special, and Seal in the Hall of Forms; but so far, what I do have is working quite well. Outside of the game mode, I highly suggest having a +ATK Lewyn since his speed will already be off the charts thanks to the A slot and C slot.

- Optimal IVs: +atk/spd, -def/res
This essentailly makes lewyn into a glass cannon but his weapon makes up for that, make sure his partner has reposition on because if lewyn doesnt kill then he will die.