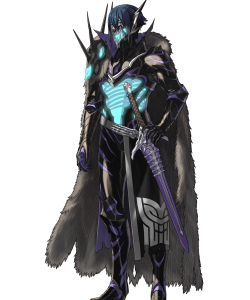 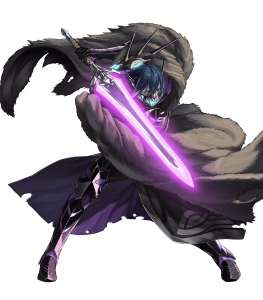 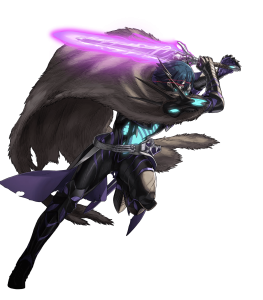 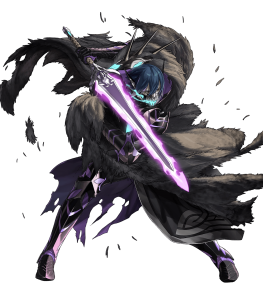 This is essentially Líf’s base kit with a few potential alterations and is centered around maximizing his performance in the Enemy Phase. A +ATK IV is a fantastic choice here for a couple of reasons: increasing his damage output results in improved sustainability from Open the Future’s built-in healing, and this also lets him to OHKO incoming opponents with greater ease. Alternatively, a +DEF or +RES IV may be considered to directly enhance Líf’s resilience to sustained offensive pressure.

In heavy contrast to the first, this build focuses on heightening Líf’s destructive potential in the Player Phase to function as a powerful offensive nuke -- a role he can pull of quite well despite his statline’s defensive inclination thanks to Sökkvabekkr’s versatile effect. Accordingly, an Attack Asset will be his ideal choice of IVs here to maximize his raw damage output, though this is easily replicable to an extent with the proper support if unavailable.

A rather unique accompaniment to his overall kit, Sökkvabekkr provides Líf with a tremendous amount of firepower through its two main effects: a considerable +4 overall stat boost and guaranteed follow-up attacks when within three spaces of an ally. This lends itself nicely to both defensive and offensive playstyles and contributes notably to his immense versatility as a unit.

Líf’s exclusive Special, Open the Future, boasts a rather simple effect but nonetheless remains a core aspect of his kit, offering him a fantastic mix of offensive utility and survivability via its Defense-scaling damage boost and a moderate amount of healing.

His counterpart to Thrasir’s Killing Intent, Deadly Balance is an excellent exclusive skill that allows him to rapidly unleash devastating Special activations (this being especially potent in Enemy Phase when paired with Time’s Pulse or a Slaying Edge) without outside support; the in-combat Atk/Def debuffs it applies are also useful in strengthening his damage output and physical durability directly.

Líf’s base Attack stat of 38 is nothing short of remarkable (not to mention his access to a four-point +ATK IV) and allows him to make heavy dents in enemy HP pools; combined with the constant damage boost he can obtain via Open the Future, Líf can easily land OHKOs against unsuspecting threats.

Líf’s mixed bulk is rather solid and allows him to stand tall when faced with sustained offensive pressure from both physical and magical threats.

Líf’s base kit is packed to the brim with valuable skills and fortunately enough for him, they all synergize incredibly with one another and make him well-suited for a defensive role right off the bat; simply equipping an Assist and seal of one’s choice grants him a complete and fully functional build.

Lif’s varied strengths are extremely well-suited to standard strategies in Aether Raids Offense; however, due to his status as a defensive Mythical Hero, one is unable to utilize them in this mode without incurring a marked score penalty, thus detracting from his allure heavily. Furthermore, even with defense team compositions, he can be quite unwieldy to deploy properly as he lacks range and Sökkvabekkr’s chip damage to the nearest ally within three spaces can prove more harmful than otherwise to the team’s success.

Lif is in fact an amazing galeforcer, and I don't understand why few have completed this build. Mirror impact can now be obtained through divine codes :) so I decided to put it there. Why is Lif an amazing galeforcer? Thanks to his guarantee follow-ups (which may rip through wary fighters), high attack (with deadly balance further -5 defence), built in B-slot pseudo breath which activates even on enemy turn, and a built in time's pulse. This all gives Lif an amazing potential to rip through enemies while charging up galeforce reasonably in a single turn without any outsourced pulse support. The thing that I like the most (and perhaps only Lif and fallen berkut can do it) is that by pairing Lif with a refresher with less than 40 max HP, it allows the refresher to activate escape route and refresh Lif immediately regardless of their position on the map. This is insanely useful for Lif to retreat or to tear apart another enemy depending on the situation.

Deadly Balance does you more harm than good with the conditions it requires for his unique B skill to work, as it forces you into a life and death situation. Special spiral is much better to get his special ready to go once he procs it in combat. He has workable speed that gets much better because of his weapon and merges if you get lucky with multiple copies.

I just wanted to be wholesome and resurrect old threads, alas
Looks like my click bait worked, Stan Sylvain Stay safe and stay blessed Sylvain…
Three Houses Summer Banner
Well, what do you guys think on this banner or even IS in general? Fan service at its…
New Sword Merge project
So I’m trying to decide what Sword user I want to merge next and I’m kinda leaning…
Just FYI this week
Screenshot_20200707-0842351080×2280 731 KB Only took 3802 to already be comfortable…
The struggles of choosing my next merge project
So I just need 1 more Red/Green/Colorless unit to have 6 +10’s of each color… The…
Read More