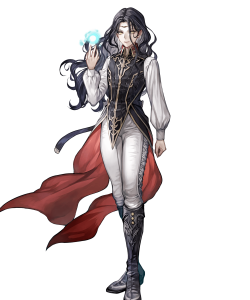 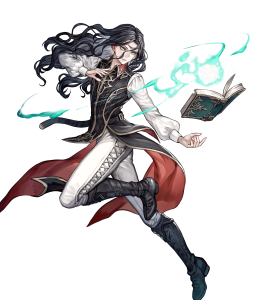 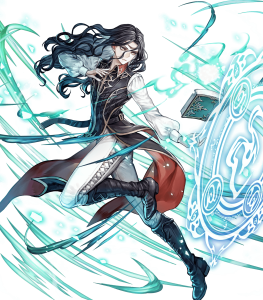 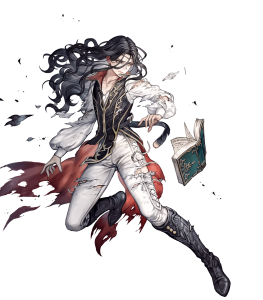 we stan genderless flesh in this house (Low-Investment Buffer / Tank)

The beautiful aberration's version of Fimbulvetr is wordy but neat and straightforward. Curtly put, if Limstella fulfills the simple condition of being within three spaces of another teammate, they become what is essentially a much more hard-hitting Gatekeeper you can build at home. The name of this strategy is simple: draw q̶u̶i̶n̶t̶e̶s̶s̶e̶n̶c̶e power from other allies.

Overall, Limstella exercises a good balance of natural bulk and single-shot power thanks to their tome. When utilized correctly, Morph Fimbulvetr serves to soften enemy units and their incoming blows significantly while dealing increased damage.

We then address the elephant in the room, which is the negative side effect of the tome — vampirizing 15 HP from a nearest ally every time Limstella successfully exits combat. This can be worked around by building a team with units that:

Limstella was created with a high base 39 Attack, which is very well suited for them especially considering a 4-point Asset and a weapon that pops out potentially high damage. Their defensive stats of 41 HP / 32 Def / 36 Res are also definitely competent after considering the defensive effects of Morph Fimbulvetr and further skill investment.

Using Morph Fimbulvetr properly comes down to one condition and an unfortunate resulting caveat. That is, it requires Limstella to be within three spaces of an ally unit, and the nearest ally that precisely fulfills this condition will suffer 15 HP lost every time Limstella participates in a battle. Needless to say, this might be a steep trade as it would greatly compromise the survivability of any unit.

The fact that players must go out of their way to adapt around this caveat hurts Limstella's general standing in a few high-pressure game modes. Teambuilding and positioning allies around Limstella will definitely often feel inflexible.

23 base Speed is on the lower side of middling nowadays. This limits Limstella's combat potential as it makes it difficult for them to make follow-up attacks and thus secure kills outside of single shots. Directly making up for this takes typically unusual measures, like running Legendary Lucina's follow-up status effect or heavily investing into Limstella's Speed (with mostly low returns). Like most slow infantry mages, Limstella may be forced to waste a slot on Quick Riposte for improved enemy phase performance as well.

While it would also make them vulnerable to follow-up hits, this is mostly rectified by Morph Fimbulvetr's follow-up blockage effect, which is one of the key things keeping Limstella together as a tank. Units can break past that, though, with skills and weapons that guarantee follow-up attacks (provided they naturally win the Speed comparison, too) or shut the effect down entirely (Null Follow-Up, Flow skills, etc).

Seiros +Res or +Atk?
Over the course of less than 2 years, I managed to get 9 copies of Seiros, so I…
New orb pack for Binding Worlds
I haven’t seen discusion about this in here, so here it is. The new datamine revealed…
Dark Season seems scary now
Worst case scenario i see (at least for my team) Cavline Desert Map with: Embla + Yune…
Legendary Caeda Traits
I managed to +10 Legendary Caeda, but none of them were +Atk or Spd, so I’m using my…
Show Off Your Summons - Veronica and Embla
Show off your summons even if they aren’t Veronica and Embla. 35 posts -…
Read More