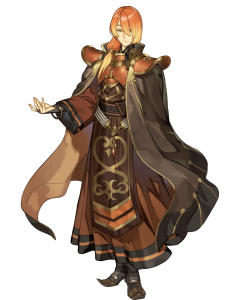 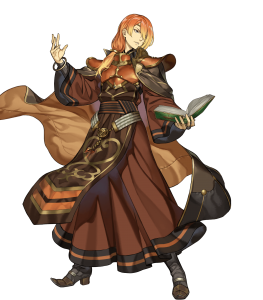 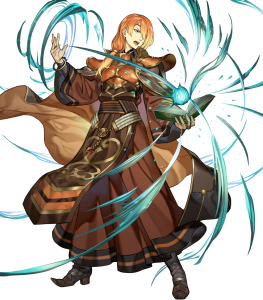 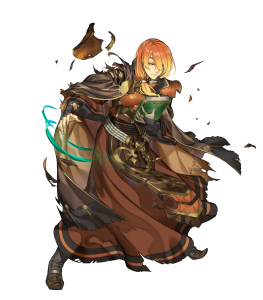 Luthier’s 37/36 offensive spread is decent, albeit unremarkable. He does fine as an offensive mage, but he may have trouble performing follow-up attacks against faster foes due to his somewhat middling Speed.

Luthier’s color combined with his low Defense means his performance as an AR-O unit is shaky due to sword cavaliers being extremely common on AR-D teams(Legendary Sigurd in particular gives Luthier nightmares). Even outside of Aether Raids Luthier’s low defense means that he’ll have a bad time with most physical foes, even with the aid of defense boosting skills such as Close Foil.

Probably his biggest weakness overall. Luthier’s lack of an exclusive weapon means he struggles to stand out compared to his competition. Offensively, Luthier is overshadowed by mages such as Lewyn and Pent thanks to their powerful exclusive weapons(and to rub more salt in the wound Pent also has a better offensive statline), while Fallen Lyon vastly outperforms Luthier defensively. What Luthier has that they don’t is easy availability, meaning you (probably) won’t have to save a ton of orbs to +10 him, and getting Luthier certainly beats getting another generic infantry staff demote at the very least.