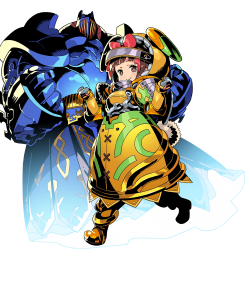 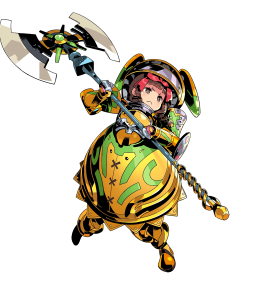 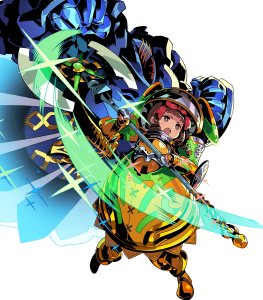 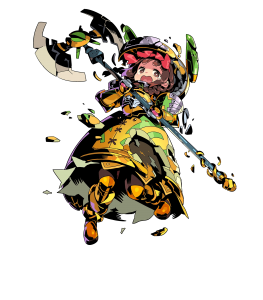 She protec, she attac, but most importantly, she microwaves snac

Smol Armored Unit Cooks Ramen and Raps (Defensive Near Save)

Passive C: A/D Near Save / A/R Near Save

Mamori’s exclusive weapon has aged decently well, having a fairly simple activation requirement while giving her a substantial boost to her Defenses in addition to follow-up negation.

Base 37 Attack and 42 Defense give Mamori a great baseline stat spread for a Near Save unit, and her base 33 Resistance isnt too shabby either.

As an armored unit Mamori benefits from access to the incredibly powerful Fighter skills, and the arguably even more overpowered Savior skills. It’s hard to be bad when you’re an Armor.

Armor effective weapons can easily shred chunks of Mamori’s HP even if they don’t KO her outright, although she can tank physical armorslaying weapons to a degree thanks to her high Defense.

Mamori’s low Speed means she’s completely reliant on her weapon’s effect to not fall prey to enemy follow-up attacks, and any unit with a guaranteed follow-up attack effect will negate her Mirage Axe’s effect and almost certainly get a natural follow-up attack against her. Null Follow-Up takes this a step further and shuts down both Mamori’s exclusive weapon and her follow-up-granting B slot skills all in one go. This makes units with Null Follow-Up difficult for Mamori to deal with, especially if they have Speed-based damage reduction skills: given her low Speed, they’re nearly guaranteed to get the full 40% damage reduction.