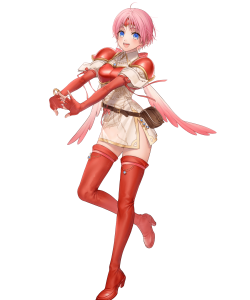 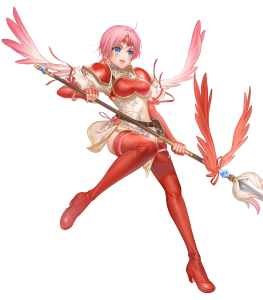 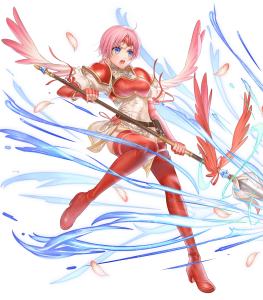 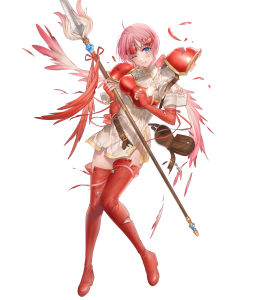 This is the strength of the Holy Guard! (Max-Investment Arena)

Passive A: Any 300 SP Skill (ideally increases Attack or Speed)

Passive B: Wings of Mercy / A/D Near Trace

Don’t count me out! (Generalist)

Marcia’s 41/37/41/32/26 statline is strong overall. She can perform a variety of roles well, whether she be built for Player Phase, Enemy Phase, or both.

In addition, because merges remove Flaws, her 177 BST at +0 allows her to score in the 180-184 BST bin in Coliseum modes when merged, which is easily achieved given her 4-5* status on the “New Heroes & Ascended Laegjarn” banner and her 3-4* status on all future banners. She does not need B Duel Flying 4 from Erinys, which treats the unit’s BST in Coliseum modes as if it were 180. For more details on Arena scoring, check out this Arena Scoring Guide by my friend, Rae. ^^

Thanks to her Flier status, Marcia can learn:

In addition, being able to traverse almost all terrain increases not only her flexibility, but also allies’ flexibility with positional Assists such as Reposition and Smite.

Lacks a personal weapon or Skill

Unfortunately, a strong statline can only get a unit so far; without a personal weapon or Skill, they have little hope of standing out, and Marcia is no exception. At the very least, she stands out in the sense that most Lance Fliers also lack personal weapons/Skills (making her statline much more appealing).

Taking effective damage against Flier-effective weapons, in addition to lacking access to Skills such as Null Follow-Up, Null C-Disrupt, and Time’s Pulse, all decrease Marcia’s combat consistency and performance.