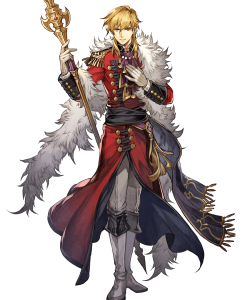 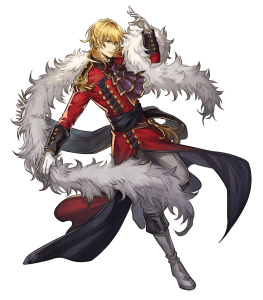 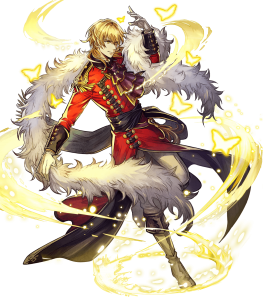 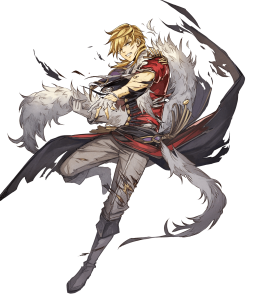 The value of Eldigan having high Defense comes from the fact that he is a dancer and can be built to contest being isolated by Mila in Aether Raids.

In addition to his superior mobility, Eldigan has access to class-exclusive skills such as Impacts, Reins, and a variety of movement options.

Eldigan’s less than stellar values in Speed and Resistance make him susceptible to taking significant damage from magic foes.

Due to his status as a flier, Eldigan will take greatly increased damage from units with effective damage against him such as archers.

This Eldigan has a very good Def stat, which we will take advantage from.
Although this build is very enemy turn based, Eldigan can tank through many melee opponents and take them even out. If the enemy starts the attack, Eldigan will get following statboost: His pref weapon grants him Atk/Def +5 when above 50% HP, adding the Sturdy Stance with Atk/Def +6 to a total of Atk/Def +11. Also through the speed bane we want the opponent to double us, because his weapon also grants a 50% damage reduction on the first incoming hit.
Combined with his seal Deflect Melee, the second hit will have a 80% reduction, making Eldigan a tanking beast, who can also hit back hard.
Sol/Noontime gives him sustainability, he can regenerate many HP points if he gets injured during combat, and in best case scenario, you would be able to use Sol in the same incoming attack because of Quick Riposte 3. Noontime would be activated more and it lies in your preferences. Sometimes the heal differences aren't that big, so noontime can be used instead.
Another option for specials can be Ignis, but you would loose on sustainability, but with enough support you can surely use that too.
For the C slot you can choose what you prefer most.
His res points are his biggest downfall, combined with his low speed point, he will get doubled by most mages.
If you want him to survive one attack, use Deflect Magic 3.