Community Posts with Keyword Matthew All 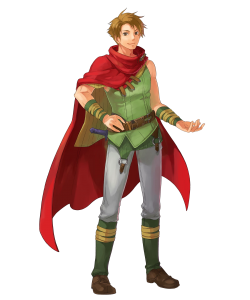 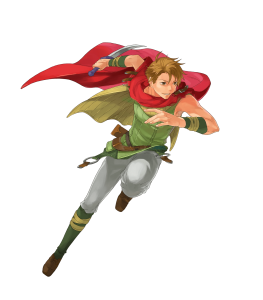 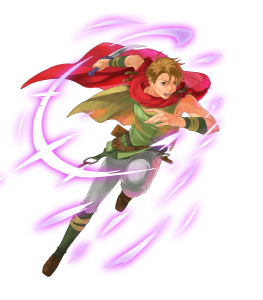 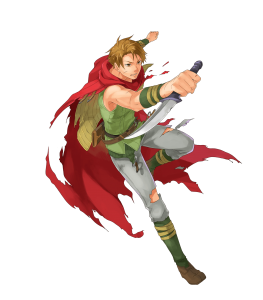 Oh? You're Approaching Me? (Vantage)

Matthew is a dagger unit defined by his high Speed and decent Defense. Statwise he is quite comparable to Saizo, but at the end of the day his stats are mainly inferior. Matthew receives higher HP and Resistance, two stats he doesn't really need, in return for decreased Attack and Defense stats, both of which are quite critical. Matthew actually possesses one of the lowest Attack stats in the game, making it exceedingly difficult for him to actually take on his enemies alone.

Granted in the 3.7.0 update, Matthew received a new weapon, Spy's Dagger. In addition to the base Rogue Dagger property, it gives him a "reverse Bladetome" effect, granting him bonus damage equal to the total debuffs on his opponent, in the same vein as Gunnthrá's Blizzard tome. Though certainly a very welcome tool to help make up for Matthew's poor Attack, and a huge boon overall, it does not however suddenly skyrocket Matthew to the top. As useful as the weapon is, mages with simply-better statlines wielding a Bladetome, as well as other better-statline dagger units using the Broadleaf Fan (an inheritable dagger with the same "reverse Bladetome" effect), will still all usually outperform Matthew. In this respect, Matthew is very comparable to Odin, another low-Attack unique with a Prf Bladetome skill. However, Odin's unique tome also grants him an easy to utilize and generally-superior support component than Spy's Dagger, and typically magical damage will be superior to physical damage on such a "Bladetome" effect.

Those looking for something different can certainly find a fairly fun if perhaps gimmicky unit in Matthew, but those looking for a top contender will probably be best looking elsewhere. As said himself in-game, Matthew is "really more of a behind-the-scenes kind of guy", truthfully not really designed for the spotlight, best used as a compliment to other units.

Though far from the fastest in the game, his decent Speed can be helpful for escaping doubles. Doubling slower enemies also aids his ability to charge his own Special procs. In conjunction with his Speed, sluggish physical attackers can have trouble taking him down, especially after further boosts to his bulk from Spy's Dagger.

Matthew's Prf weapon is quite powerful, offering not only a Defense buff effect for both himself and his team, but also a "reverse Bladetome" effect, granting damage that scales with the number of debuffs on his opponent. These types of skills can achieve fairly high potential in conjunction with some favoritism, especially if one can manage to stack basic stat debuffs alongside panic debuffs, and pad this further with some standard stat buffs for Matthew himself.

Matthew's Attack is nearly unusable. Without an Attack boon, Matthew's visible Attack stat won't even reach 40 without additional Attack-boosting skills or Sacred Seals. Realistically Spy's Dagger is more of a band-aid for this issue than a true solution, as even when attacking an enemy with multiple debuffs, his damage output will still really only end up being about as good as that of a better offensive unit without any boosts—a far cry from what one would hope given the extensive setup necessary.

Matthew's total magical bulk tends to rarely venture higher than the "Maybe he can survive one hit?" range, and is fairly unreliable. This lowers even further if Matthew happens across a Raven tome unit.

Outclassed in most builds

Compared to Saizo, Matthew loses 4 Attack and 3 Defense in return for 5 HP and 2 Resistance. Saizo will perform any non-Spy's Dagger set Matthew could hope to think of better, only being slightly more susceptible to mages (which Matthew can't even tank confidently anyway).

For offensive builds, other infantry dagger units like Gaius, Saizo, Kaze, Legault, and even Performing Olivia all have strictly better offensive spreads. Though Spy's Dagger does have high potential, securing debuffs on enemies can be much harder than simply putting buffs one's an actual Bladetome mage, and the aforementioned dagger units will all likely exceed Matthew at the same niche if given a Broadleaf Fan, an inheritable weapon with a similar "reverse Bladetome" effect.

This is a budget off-tank build for Matthew. Refined Spy’s Dagger works with Threaten Spd to help deal extra damage, plus Threaten Spd helps him get follow-up attacks. Flashing Blade helps his cooldown charge, since Ignis has a relatively high cooldown. I gave him Fury since, without merges or dragonflowers, most of his stats aren’t spectacular. Renewal helps him survive the recoil damage of using Fury, especially if he gets hit by mages.

(Note: This is my +10/+10 S-Support Matthew, which is part of why his stats are insanely high for a dagger user.)

This build functions both as a debuffer and a massive damage-dealer. Due to the effect of his refined Spy’s Dagger, he can use Atk Smoke and Threaten Spd (plus the regular effect of Spy’s Dagger) to debuff opponents and simultaneously deal much more damage than he otherwise could. Combined with Close Counter and Vantage, if he gets anywhere below 75% HP, he’s nearly untouchable. He also has Moonbow, just in case the debuffs aren’t quite enough to seal the kill with. It has a low enough cooldown to activate frequently, plus the def/res-lowering effect will help him take out bulkier units.

I&#039;m pretty sure Matthew is ranked tier 5 because people at GP do not know how to build him.

You use Matthew in Light season, pairing with Aversa. Give him a Light blessing so Eir and Peony can give him buffs. Use Sabotage skills too to further boost his initial damage. It's not hard.

Matthew is amazing. Complain to GP to increase his tier ranking, because his pref is better than Broadleaf, and he's incredibly tanky. He is top 1k achievable unit, even as of January 2020. Tier 5 is a joke. He's ranked among a ton of units that have no prayer of top 1k'ing AR :/

While not as meta as Sothe or Kronya, Matthew is still cool for CC Vantage shenanigans. He was needed for Astra season despite not getting much from the stat boosts, but double dancer helps set him up and spread debuffs well. Just held back by lack of feathers for merging at the moment.

This set is built to emulate a Smoke Dagger+ refined, while also taking out enemies in the enemy phase with close counter. A Watersweep enables Matthew to strike at Mages and potentially kill them should they be weakened by debuffs, potentially caused during an enemy or player phase. Bonfire really aids Matthew in delivering the hurt, allowing him to use his self buffed modest defense in order to deliver high amounts of damage whenever charged, and Pivot for when things start getting dicey with the enemy team, should he need to get out of the spotlight. 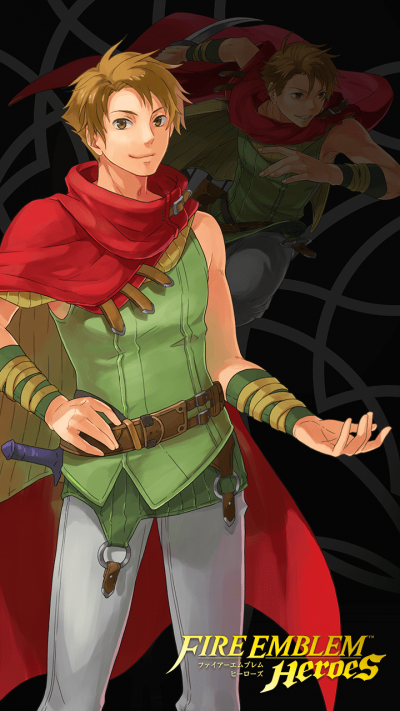