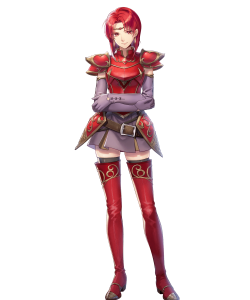 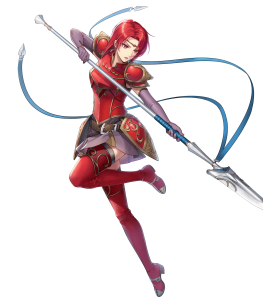 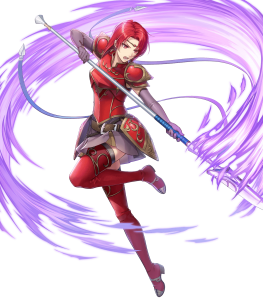 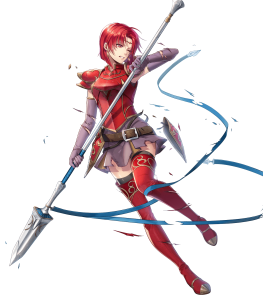 With 41 HP and Defense, Melady’s 81 physical bulk ensures that she will rarely ever be OHKO’d or even ORKO’d by physical enemies, especially if she has Iote’s Shield to protect her against popular Archers such as Legendary Alm and Legendary Leif.

As a Flier, Melady has access to excellent mobility skills (both selfish and supportive) such as Flier Formation, Aerobatics, Guidance, Flier Guidance, Ground Orders, and Air Orders. Her mobility is further augmented by her ability to cross all traversable terrain, which is helpful for Aether Raids maps such as Desert and Lava Floes. In addition, Melady can choose from a variety of Flier-exclusive and combat-oriented B slots such as Dive-Bomb, Guard Bearing, and her native Wyvern Flight.

Unfortunately, Melady is significantly held back by her middling 33 Speed. She’ll very likely need support from teammates and Speed-heavy skills to consistently perform follow-up attacks, as Speed powercreep is omnipresent with the likes of units such as Mareeta, Shinon, and Harmonic Tiki.

The combination of mediocre Speed and an awful 57 magical bulk makes Melady very ill-suited for handling mages and their ilk. If she isn’t OHKO’d by a magical foe, she’s very likely 2HKO’d; if one chooses to build Melady as an Enemy Phase unit, her low magical bulk forces her into a niche role of physical tanking.

Melady’s status as a Flier is a double-edged blade, as she is vulnerable to receiving 1.5x damage from Flier-effective weapons. While this can be patched with Iote’s Shield, Melady could be using something to bolster her bulk or offenses in her A/S slot instead. Fliers also suffer from skill limitations, as they cannot inherit valuable skills like Flashing Blade, Null Follow-Up, and Spurn (or even niche skills like Atk/Spd Ruse).

Lack of a personal weapon

While Melady currently has the highest Attack and Defense of any Lance Flier, her peers don’t tread too far behind her. This likely wouldn’t be an issue if she wasn’t robbed of a personal weapon, but since she unfortunately was, you can easily build other, more accessible Fliers with high Attack and Defense such as Altena and achieve similar results.