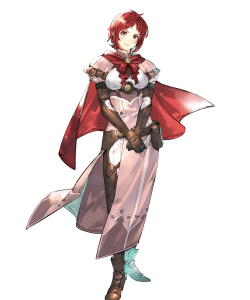 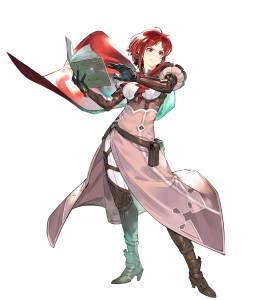 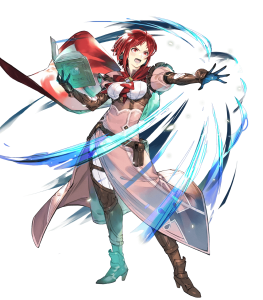 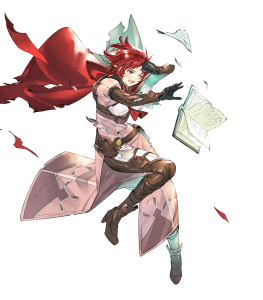 Passive A: Atk/Spd Boosting A slot

Wind Genesis is an excellent exclusive weapon, granting Monica a Slaying effect as well as an Atk/Spd Buff and Desperation at the start of the turn. In addition to this, the weapon grants her hefty in combat bonuses: an additional +6 boost to her Attack and Speed and a Speed/Resistance debuff that scales based on the maximum cooldown value of the foe’s Special (IE: Foes with low cooldown specials such as Glimmer will suffer a greater debuff than foes with high cooldown specials such as Aether). Altogether this weapon makes Monica a player phase powerhouse, easily capable of shredding through foes that lack incredibly high Resistance stats or Resistance investment.

Monica’s baseline offensive presence is stellar, and with a baseline Attack/Speed of 38 and 43 respectively Monica will have little trouble dishing out heavy damage. She also benefits from a superasset in both Attack and Speed, as if she didn’t have enough stats to go around.

Monica’s base 31 Resistance certainly isn’t bad, but can still fall prey to harder hitting magical foes. Her main issue is her lackluster base 24 Defense, which means that physical foes can easily bring her down should they be able to initiate combat.