Community Posts with Keyword Mordecai All 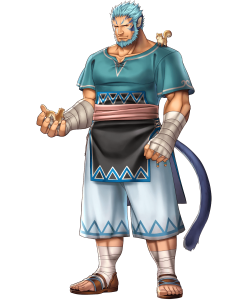 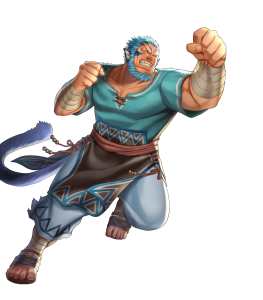 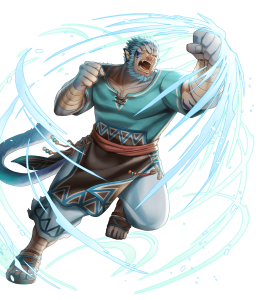 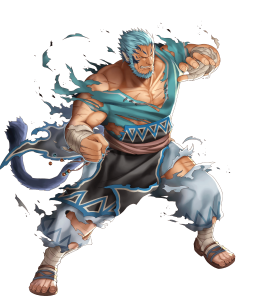 Mordecai is a powerful infantry beast hero with immediately clear strengths and weaknesses: immensely high Attack and Defense alongside poor Speed and Resistance makes him a typical physical tank. However, Mordecai possesses a unique support capability that elevates him beyond a mere meatshield.

Mordecai’s weapon, the Sabertooth Fang, enhances Mordecai’s Assist skills and inflicts Atk/Spd/Def/Res-4 on foes within 2 spaces of unit and target through their next actions after movement. This powerful effect gives Mordecai a defined playstyle: utilise movement based Assist skills like Shove, Smite and Reposition to thrust allies into combat and debuff enemy heroes simultaneously. Supplementary skills like Def/Res Link and C slot buffs are a natural accompaniment.

Unlike the vast majority of beast heroes, Mordecai is not particularly reliant on his transformationa: with such a heavy emphasis on this support role, Mordecai will rarely see combat, especially in game modes with frequent appearances from mages and dragons. While Mordecai’s combat is exceptional against physical attackers, his glaring weakness to magical opponents makes him an unreliable tank.

Nevertheless, with his unique support capability and his role as a powerful physical tank, Mordecai is a valuable addition to a wide range of teams.

“Mordecai is your friend. Allies we are. It does not matter who we fight for.”

Sabertooth Fang is, without a doubt, Mordecai’s most unique selling point. Wielding a powerful area of effect debuff that can be triggered on Player Phase without combat enables a wide range of strategies and advantageous matchups.

With base 37 Attack, base 39 Defense and the transformation bonuses from Sabertooth Fang, Mordecai has an admirable combat performance against physical opponents. His high HP pool also makes him suitable for tanking.

While the majority of beast heroes must transform to reach their full potential, Mordecai can utilise Sabertooth Fang while in his untransformed state. While transformation is necessary to augment his combat role, Mordecai can perform his most effective role while untransformed, offering huge flexibility in his positioning and team composition.

Magical opponents who can deal follow-up attacks will have no problem felling Mordecai in a single round of combat, even in spite of his high HP. He must be wary of these opponents at all cost.

While Mordecai’s physical offenses are great, the fact that he is so susceptible to magical attacks makes it difficult to utilise him offensively: especially on the player phase. Mordecai will struggle to fight effectively while remaining outside of the attack range of powerful counters.

Mordecai is a supportive enemy phase physical tank with one of the highest hp for infantry he can run pulse to help other infantry units their specials faster (can switch it for drives if needed) has hard-hitting bonfires, you can give him a res boon but he has a super boon in def but it depends on what you want him to do you can make him a full-on enemy tank with Quick Riposte in b slot and put on mirror stance in Seal slot most of the skills for Mordecai are mostly f2p so he has many different options. Also being able to debuff enemies stats by pushing a unit with smite around it or Mordecai is really useful in aether raids to get a carry unit in position while debuffing.

F2P Build Sturdy Stance 2 Off Holloween Doras And Odd Def Wave Off Harr Bonfire Can Be Got Off Many 4 Star Units, Sturdy Stance Can Be Replaced By Atk/Def Bond Off Rutger Or Brazen Atk/Def Off A 4 Star Ares, Main Purpose Is That Mordicai Tanks A Physical Hit And Quick Riposte Does The Rest Mordicai Should Be Mainly Paired With Another Beast Unit Like Pan, Nailah, Reyson, Naesala Or Any Of The Other Options.

This was the cheapest build I could find to make for him based on what I was willing to fodder for him, and I'm not yet sure how much I'll use him in general.

His biggest weakness is clearly his Res which is really important with the popularity of red dragons these days which he will often encounter as a blue unit, so this build seeks to capitalize on his weapon while filling that chink in his armor. The basic idea is to get him out on his own ideally with a movement assist from an ally; putting Smite on one of his allies is actually ideal since it helps him activate h is weapon debuff in range of enemy, fulfill Sol Atk/Res requirements and still leaves him his turn to attack, thus activating Atk Smoke, ideally targeting either a magic user directly or indirectly with the debuff, essentially adding to his magical bulk in a way.

This build is also ideal because you will likely use him on teams with a mix of Dragon and Laguz, where traditional emblem buffs aren't adequate. However, if you are buffing him with a traditional emblem like Fortify/Hone, then choose a different B slot skill, such as QR3 so that you can put something like Brazen Atk/Res Seal, Close Counter 3, Distant Counter 3, etc.
Boo