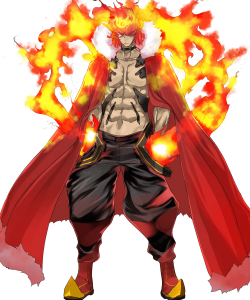 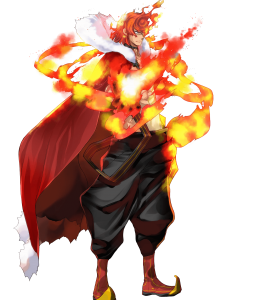 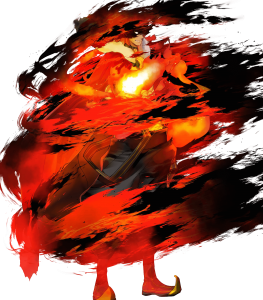 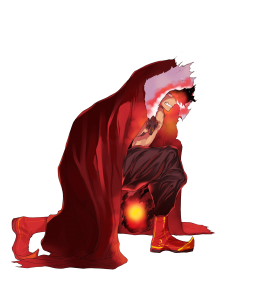 Say hello to Joint Drive Attack on some really, really hot steroids. Like the Joint Drive skill line, Domain of Flame's benefits apply on both Múspell and allies within a two space proximity, and said benefits are as follows:

If nothing else, the fact that Domain of Flame is such a nice C skill means you don't have to think very hard about commonly-considered but expensive alternatives such as Pulse Smoke, Joint Drive Atk, and Fatal Smoke (the latter two of which are redundant as Múspell's kit already has them in some form).

For the extremely easy non-condition of merely performing at or above 25% HP, Múspell gets some quite neat perks on top of a dandy +3 Atk:

Múspell has a rather rare status as a cavalry dragon unit, which has only been ventured by none other than his frozen-hearted counterpart, Nifl. Both parts of the package fortunately give him quite a few benefits that are sought after in good Aether Raids units:

Like the mighty volcano his design conveys to the point of being an annoyingly direct visual metaphor, Múspell's Attack and defenses leaves little to speculate: any hit that lands melt all but the most magically sturdy, and he can take just about many neutral hits before going down. With his base skills granting additional stats across the board, additional and unblockable damage, as well as a form of damage reduction, Múspell's statistical might is only amplified with little need to consider inheritance expenses

In exchange for solid stat distribution everywhere else, Múspell's almost-unusable combat Speed oddly betrays his fantastic raw bulk and movement options. As it stands, most competently fast opponents are easily able to make their doubles on him without being impeded in any way.

Unlike recent mighty glacier units like Summer Freyr and Zeke, Múspell can't quite escape his Speed problems with a weapon that grants automatic follow-ups — he has to resort to Dragon's Ire or Quick Riposte while possibly forgoing other extremely useful B or Sacred Seals skills.

Additionally, no follow-up skills exist for his archetype in player phase, leaving Múspell largely reliant on single-hit damage when initiating. Moreover, the Impact skill line is out of reach for cavalry units, making his performance in his intended game mode, Aether Raids Defense, a bit lacking. In all likelihood, you'll have to mooch off Bridal Catria and Thea for their【Triangle Attack】effect to give Múspell a better semblance of player phase threat, especially on AR-D.

The cavalry dragon archetype is a bit of a curse that leaves him vulnerable to weapons that are effective against either end. Needless to say, enemies like Micaiah, Brave Eirika, and Brave Marth will often drill deeply into his otherwise rock-solid bulk. No amount of future-proofing will fix this as stronger cavalry and dragon units are introduced in Heroes and will thus require specialized countermeasures.