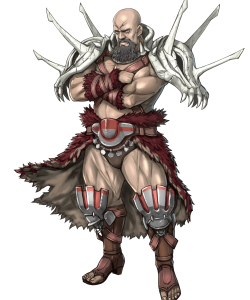 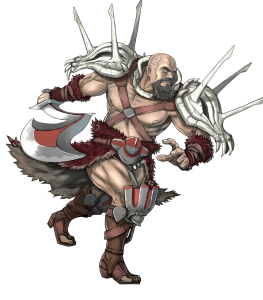 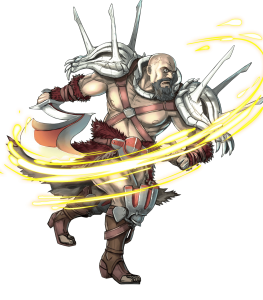 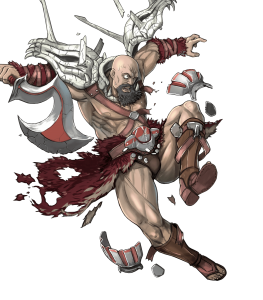 Mustafa’s 172 BST is fantastic, and his overall stat spread lacks any glaring weaknesses outside of his lackluster 25 Base Speed. In particular, his Attack and Defense stats are stellar at base 38 and 36 respectively, and his good 45 HP and reasonable 28 base resistance make him a solid tank.

While not completely irredeemable due to a superasset, Mustafa’s relatively low base Speed leaves him highly susceptible to Enemy follow-up attacks without heavy Speed investment, which can lead to him being KO’d very quickly by fast sword users such as Larcei.

While a decent unit in his own right, Mustafa suffers from his lack of an exclusive weapon. The Infantry axe pool is heavily contested with many powerful options such as Raven, Rinkah, and Annette, who can potentially outperform Mustafa’s enemy phase performance by utilizing Close Call.