Community Posts with Keyword Nah All 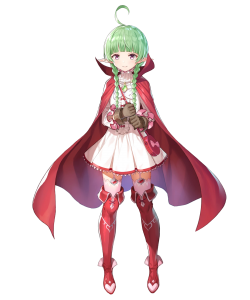 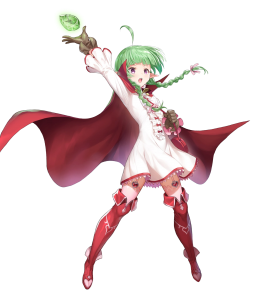 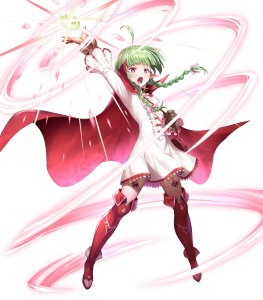 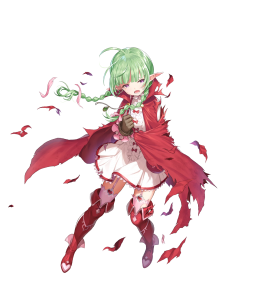 “Why Did My Father Marry My Mom?” - Nah Probably (Support)

Oracle’s Breath post-refine is quite the upgrade as not only does it help her in the combat department but now allows her to act supportively, and potentially enter a hybrid-natured role. To summarize Oracle’s Breath’s effects, it effectively grants:

The visible Breath effect to herself and allies will most likely be very valuable going forward with Embla’s Severance shutting down all Drive-esque supports. This means that unlike her contemporaries, Brave Lucina, New Year Velouria, Thorr, etc., the Breath effect will always be active so long as it isn’t removed, which will be incredibly difficult to accomplish in most scenarios. However, unlike the visible Breath effect, the visible stats she grants to herself and her allies can be removed. That being said, it shouldn’t take away from its usefulness as with a single Rally or double Tactic, she can grant Spectrum 6 visibly to all allies within two spaces on top of the Breath effect. Outside of that, she retains her innate adaptive damage against ranged foes, follow-up prevention effect with a much more lax condition, and can gain an absurd amount of stats from her weapon starting at Spectrum 8 at base and, depending on the visible buff count on an ally within two spaces, up to Spectrum 14-15, which can take her lowest stat, Spd, and turn it into something quite respectable. Simply put, this is a considerable upgrade from her initial debut and is absolutely worth refining if you were looking for a good hybrid unit.

Despite the additional weakness, Nah, in turn, gains more access to other skill trees that can allow her to excel in combat including Dragon’s Wrath 4, Dragon’s Ire, Dragon Wall, and the Dragon-exclusive Distant Counter Sacred Seal.

Thanks to the hybrid nature of Oracle’s Breath and Nah being an Infantry Dragon with a relatively decent min-maxed statline, she has plenty of skill options at her disposal. For combative purposes, she can run an assortment of Infantry-exclusive skills including Finish skills, Special Spiral, and Bulwarks as well as standard C Passives including Joint Drives and Oath 4s. For supportive purposes, Nah can run Spurs, Tactics alongside her PRF, Inf. Null Follow, and Sudden Panic, to name a few. There are plenty of other skill options at her disposal that she can take advantage of to a significant degree, and whether you want to build her as a combat unit, support unit, or a mix of both, you have the option to.

Oracle’s Breath having innate follow-up prevention is rather nifty for stopping foes with guaranteed follow-ups. However, units that can bypass that effect, whether that’s with a Flow skill or directly having Null Follow-Up present in their kit, will make it more difficult for Nah to enter multiple combats if they are able to chip her down considerably. Thankfully, this can be mitigated with the likes of the Null Follow-Up Sacred Seal and will make her PRF and skills such as Quick Riposte consistent as any Wary and Impact effect will be negated. Furthermore, the amount of stats that Nah can be granted from Oracle’s Breath alone can allow her to Spd stack to a considerable degree, so even against faster units she’ll be able to double when properly set up. The only effect she cannot currently counter is Brave which will more than likely shut her down, especially if lacking any form of Damage Reduction properties, which may not matter in the grand scheme of things now that Special Spiral 4 exists.