Community Posts with Keyword Narcian All 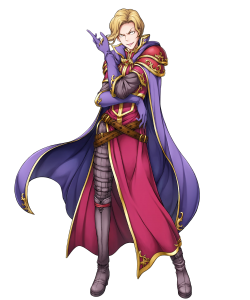 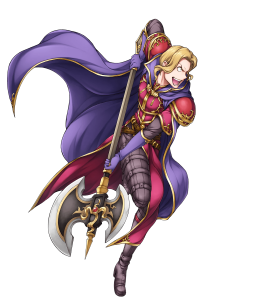 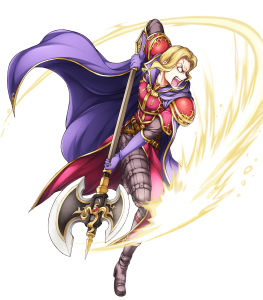 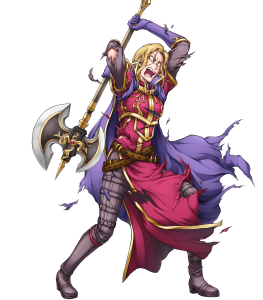 Thanks to his Resistance, Narcian can become a decently successful magical tank with the right skills. This set gives Narcian the ability to handle mages who attack from range. He can counter key threats like Reinhardt while providing buff and mobility support to his allies.

Distant Counter is the most important part of this build, being the element that lets Narcian counterattack ranged attackers. Since his Resistance is not particularly high, Distant Def goes a long way to making Narcian a viable tank. A Resistance refine on his Handbell also gives him a considerable boost. Quick Riposte lets him hit back twice against mages, but helps more against the occasional melee units Narcian will fight. Vantage is a great alternative that can let him preemptively KO some units who would attack him.

Moonbow is the best choice of Special, as it hits mages very hard on their low Defense and gives Narcian the ability to OHKO many of them. Luna makes Narcian stronger against tanks, but the charge time is long unless a Slaying Axe is used. Using a Slaying Axe with Moonbow will waste a Special charge, however. Narcian should be used on a Flier team with either Goad Fliers or Hone Fliers to support his team-mates. Draw Back is great for pulling allies out of danger but Reposition also works well.

As a final note, Narcian has the option of running Iote’s Shield which allows him to counter and beat out many archers. However he cannot beat the two most prominent archers, Halloween Jakob and Brave Lyn. Iote’s is a great option for PvE modes but the lack of Distant Def makes it much harder for him to reliably tank units like Reinhardt.

Narcian is a capable tank who can support flier teams through his bulk. However he is not limited to Flier teams as he requires no real support from them to do his job. This set makes Narcian extremely tough to defeat by melee units, and gifts him a powerful special which he can use to annihilate his enemies.

Handbell is a great weapon for tanks, and with a refine it provides an effective boost of 6 to his Defense. Fury is both cheap and performs excellently, but if the HP loss is undesirable, Close Def is the next best thing. Quick Riposte ensures Narcian can double with his mediocre Speed to charge his Special and deal more damage.

Bonfire is the best choice of Special, but Quickened Pulse can be taken if Ignis is preferred. Narcian has a very powerful Ignis with this build, but this variant loses him the Close Def seal which makes him much harder to KO.

Narcian’s C slot skill and Assist skill depend mainly on his teammates. If Narcian is being used outside of a Flier team, Reposition and Atk Smoke are the best choices for these slots. Otherwise, Draw Back is great for bringing Firesweep Fliers out of danger. Goad Fliers is better for melee teammates while Hone Fliers is essential if mage Fliers are on Narcian’s team.

Narcian hails from Fire Emblem: Binding Blade, and has become a fan-favorite due to his personality. As the first  Grand Hero Battle, Narcian is available to everyone and comes with a usable base kit.

His stats are well-rounded with acceptable levels of Attack, Speed and Defense. Narcian’s Resistance is high when compared to other green fliers like Cherche and Gerome, making him one of the better choices for a Distant Counter build on Flier teams.

While he is easily available, Narcian cannot optimise his stats further with a boon/bane and has limited merge potential due to his nature as a Grand Hero Battle unit. Unfortunately for Narcian, many better tanks are available and he requires significant investment to reach his max potential.

Narcian has 32 Defense and 26 Resistance, giving him decently high mixed defenses. With the notable exception of Camilla, this gives him a niche as a green unit on Flier teams. 29 Attack and Speed are by no means high, but Narcian can outspeed a few other tanks and has a workable Attack stat.

Easy to build and use.

Narcian comes with an anti-blue base kit which makes him usable out of the box and even at lower rarities. While he needs significant investment to reach his max potential, Narcian can be made useful very easily and performs well in modes such as Arena Assault where teams can be scouted ahead of time.

With no access to boons or banes, Narcian is stuck with his base 29 Attack. This makes it harder for him to combat other green tanks with their huge Defense stats often in the high 30s. He also does not have access to Wrath, a skill often used to bolster middling Attack. However, Narcian can benefit from Flier buffs when present in a team alongside them.

Heavily limited by merges and lack of boon/banes and a unique weapon.

Unlike most other units, Narcian has no access to boons or banes to optimise his stats.  Additionally, while he has had several copies released, there are not enough yet to reach a high merge level. Unlike Michalis, his fellow Grand Hero Battle unit, Narcian does not have a weapon unique to him. These factors make it extremely difficult for him to carve a viable niche.

This build takes advantage of Narcian's high bulk and, while it isn't very budget friendly, it can definitely be used to deal a lot of damage with Bonfire.
By giving Narcian Slaying Axe, a +Def refine, Fort Def/Res 3, and Close Def 3 as a seal, this gives Narcian a good defence boost, and ensures that he pulls off Bonfires faster.
Axebreaker gives him more of a chance against other axe units, although he can also use Lancebreaker if you want to ensure he takes out any lance units he runs into. Guard can also be used so that he can pull off his special before his opponent can. If you're using Guard, it might be wise to use Renewal as a seal for him so he can sustain himself whilst being able to use Guard effectively.
Lastly, Atk Smoke helps Narcian to survive more attacks, although Def Smoke can also work if you want him to do more damage.

This build aims to make Narcian really shine as mixed tank on a flier team. It allows him to counter attack and tank very well on the enemy phase. Pair this up with the kadomatsu, ward fliers, and fortify fliers he reaches 46 defense and 44 res when he is attacked.

I knew that building an axe flier such as Narcian would be either go big or go home. Giving him the Salaying Axe+ (+Atk) would help him get past his cruddy attack. Equipping this would give him 44 Attack, which is good for bashing blue units, especially for lance knights such as Effie and Christmas Robin. Defiant Attack will also give him a nice boost when he's low on HP (Less than 21). Add that to 44 attack will give you a ridiculous 51 attack. I immediately gave him Iote's shield so archers like Innes or Jeorge won't snipe him down so easily. Keep Lancebreaker, Savage Blow, and Vengeance on him so he can still be an Anti-Blue unit. I would recommend using this build for Arena Offense and other stuff. Units I put him on a team with are Navarre, Azura, and Elise. If you want to have a Legendary Hero to be on a team with Narcian, I would recommend using Gunnthra because she gives off Resistance, which is a stat Narcian would need. About the three I picked him to be with, Azura so she can take out Red-Units and she can sing. Navarre has excellent speed so he can bash Mages easily. Especially if equipped with Desperation against Sanaki. Elise is a healer but make sure she is well protected because her HP and Defense are absolute trash. I supported her with Narcian, however, so that she can be a bit harder to kill off, especially with a tanky Narcian around her.

Narcian atk and spd stats need more buffing, although sacrifice his bulk from LnD 3 but it patched his atk and spd nicely, Giant Spoon ensure his damage output while during specials. desperation help him double most of enemys he encounter.
Seal: spd +3

(Expensive) Enemy phase tank build. Sack o' Gifts isn't exactly the easiest weapon to get, but the +2 to all stats on enemy phase works nicely enough with the way his stats are spread so evenly. Merging and summoner support are definitely a good idea, as he's hard to use otherwise, but he's a fantastic unit with enough love and investment. The weapon refinement boost can be swapped out for resistance to round out his defences more if you need to. 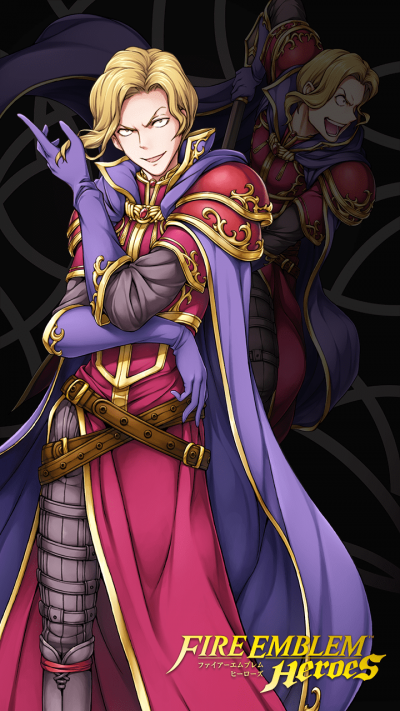 PRF Wars: Breaths (And an announcement about PRF Wars: Staves)
@ShinxDaSphinx wrote: PRF Wars Staves announcement I was…
Sorry I haven't been too active on here as of late
@ShieldOfWind wrote: Hey guys. Sorry I haven’t been too…
I want to see who people think the legendary hero is gonna be
@soupy_stuff wrote: Who do you think the legendary hero is…
AAAAAAAAAAAA
@LeadChips wrote: image1534×2155 401 KB Probably not…
Extra penalty?
@Spiral_the_Gamer wrote: I got bad luck and changed my…
Read More