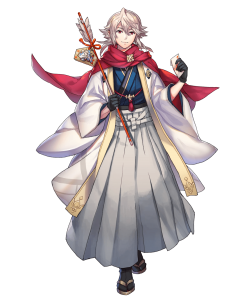 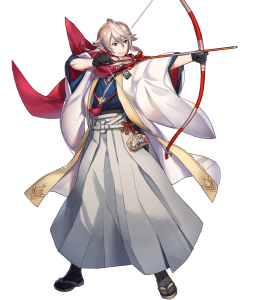 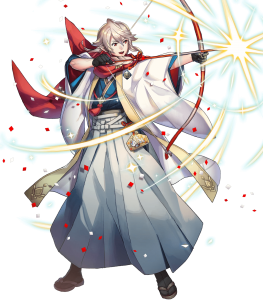 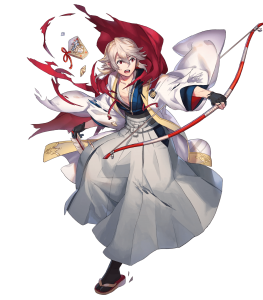 Similar to bulky archers like Leon and Gordin, New Year Corrin's mediocre Speed makes it very difficult to run traditional speedy Firesweep and Brave sets. His standout Defense, however, makes him a stellar unit when it comes to becoming an Enemy Phase tank when paired with the proper skills. His native Hama Ya has outstanding supportive capabilities acting as a dual defensive Drive, but pales in comparison to the accelerated Special cooldown Slaying Bow offers.

Due to his mediocre Attack stat of 32, a majority of Corrin's damage is derived from his Special. Choosing a Special that scales off of Corrin's fantastic Defense in combination with the reduced cooldown of Slaying Bow greatly improve his subpar damage output. A three-turn Ignis guarantees Corrin to land a huge hit when getting doubled, assuming he survives, but Bonfire acts as a safer option with its two-turn charge.

For Passive Skills, Close Counter combined with Quick Riposte makes Corrin an incredible bruiser, threatening even melee opponents as his great Defense allows him to survive close combat. Because of Close Counter's 5 star availability, a more budget-friendly option would be Fury, giving Corrin a boost in stats all around the board. Quick Riposte as his B patches up almost all of Corrin's Speed problems when getting engaged on as it gives him a guaranteed follow-up hit. If you choose to put Quick Riposte as his Sacred Seal, Vantage, Guard, or a Breaker skill all are good alternatives, giving Corrin an even better Enemy Phase.

C Slots are always flexible, picking a Threaten skill like Threaten Def or Threaten Atk improves his counter-attacking playstyle tremendously as it makes him hit harder or survive lethal hits. Lastly, any defensive Sacred Seal rounds out this build quite nicely. If you are planning on dueling melee units a majority of the time, Close Def gives Corrin a solid +6 boost to his Defense and Resistance when engaged upon from up close.

Due to Corrin's middling Speed and Attack, he has trouble running standard offensive sets to their fullest. However, he can still run a decent Brave Bow set similar to Leon and Gordin. With Brave Bow, Corrin almost has unsalvageable Speed and must make the first two hits of Brave Bow to count in order to have any bit of offensive presence. To better ramp his damage, he can run a combination of Quickened Pulse and Moonbow to guarantee a Special proc on his first initiation. However, both Ignis and Bonfire offer better damage thanks to his still fantastic Defense.

Death Blow as his Passive A, gives him a much-needed boost in damage on initiation, essentially giving him an extra 12 damage. Again, Fury can be run as a budget option, giving Corrin a smaller boost in his offenses, but also significantly increasing his defenses. His B slot should be used to swing potentially dangerous matchups into his favor, most notably a Breaker skill for the class of unit he will be primarily fighting. Cancel Affinity should only be used if you desperately need a counter for Raven mages, but otherwise, stick to either a Breaker skill or the standard Vantage.

Nothing changes with the C slot compared to the previous build, as Threaten Skills are always a safe option that works with almost every team composition. For Sacred Seals, either Quickened Pulse to rush out a Moonbow or a generic Attack +3 to ramp his middling Attack.

While Corrin's middling 37 HP is less than desirable, his phenomenal 34 Defense gives his physical bulk a much-needed boost.

The combination of these two make Corrin extremely vulnerable to magic users as he is prone to getting doubled without support. 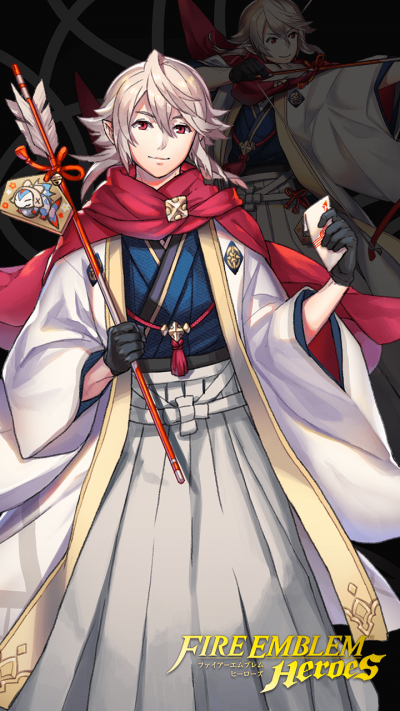