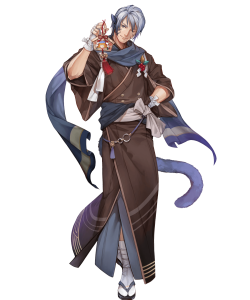 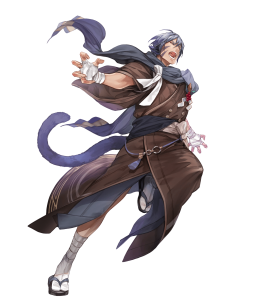 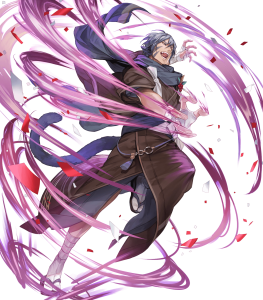 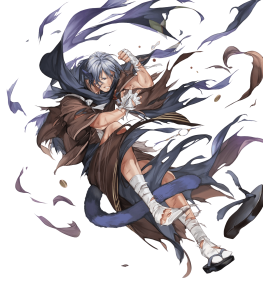 an icon, a legend, the moment (Defensive / Damage Focus)

All things considered, Polished Fang is pretty solid for a free unit.

Per their beast status, New Year Kyza comes with the innate ability to transform. Although it does pose an inconvenience at times due to the positioning requirements (he must start the turn either alone or adjacent purely to dragon/beast allies), the benefits are well worth it:

This goes hand-in-hand with the Special-oriented nature of Polished Fang and supplements Kyza’s performance with remarkable consistency: during their transformed state, as long as they maintain the base conditions of their weapon, their Special activations are hard to avoid and survive if they can counterattack. Coupled with the immense skill availability of the infantry class, New Year Kyza has no shortage of means with which to shine in their preferred matchups.

Their remarkable 41 Defense and 39 Attack provide the tiger laguz with an innate faculty for dealing with physical threats; backed by the power of Polished Fang, New Year Kyza shines at soaking physical damage and retaliating with immense force, especially when transformed. Kyza’s Resistance isn’t quite as impressive — a base value of 30 is fairly mediocre given modern standards for magical nukes — but it’s not the worst and may be workable with investment, though whether it’s worth it is another matter altogether.

Given that Kyza’s statline places a primary emphasis on damage and physical durability, it shouldn’t come as a surprise that their Speed is rather unimpressive as a result. It doesn’t cost the tiger too much where their matchups against physical and melee enemies are concerned, but sources of magical damage become considerably more threatening — especially if Kyza doesn’t have a means by which to counterattack.

Further, while this is more of a nitpick, 26 Speed is… pretty awkward for such a recent unit: it’s not really high enough to avoid follow-up attacks with any kind of consistency and Kyza would have benefited much more from dumping their Speed entirely to invest extra points in Resistance for more assurance against magical threats. Even a few more points in Attack or Defense would have gone to better use to further sharpen their innate proficiencies