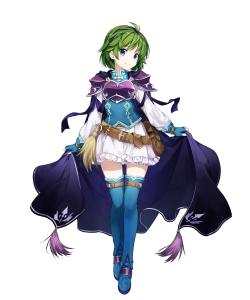 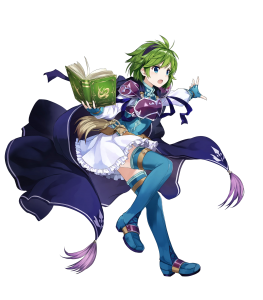 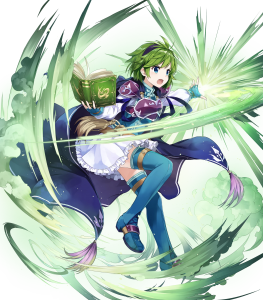 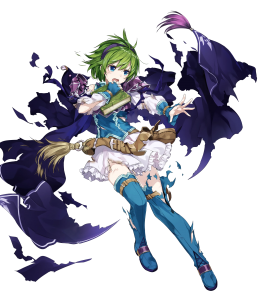 Nino’s base 38 Speed gives her a great baseline for performing and avoiding follow-up attacks, as well as taking advantage of her exclusive weapon’s bonus damage, which scales off 20% of her Speed stat.

The Refined Giga Excalibur is a great weapon, giving Nino excellent utility with it’s dual Joint Drive effect in addition to upgrading it’s bonus damage effect to 20% of her Speed stat, giving her a solid mix of Player Phase offense and Support capabilities.

With only base 17 Defense and 25 Resistance, Nino struggles to take hits from either side, although she’s especially vulnerable to being KO’d in a single blow by physical Distant Counter units and Dragons who can target her lower Defense with their adaptive damage. Although Impact skills can alleviate this to an extent, Nino’s low defenses make engagements with foes who can counterattack her risky unless she’s in Desperation range, or if she makes use of the Plegian Torch against a debuffed foe.

Undoubtedly the biggest weakness of Nino’s flying incarnation. Nino’s status as a tome flier denies her access to a plethora of useful skills her unmounted self can make excellent use of, such as Time’s Pulse, Special Spiral, and Lull Spd/Res. Nino’s lack of skill access restricts her greatly especially in regards to B slot skills, where Desperation is essentially her only viable option. As if that wasn’t bad enough, Nino also suffers from a weakness to bows, meaning units such as Legendary Alm and Brave Claude can make short work of her if they manage to get a hit in.