Community Posts with Keyword Olivia All 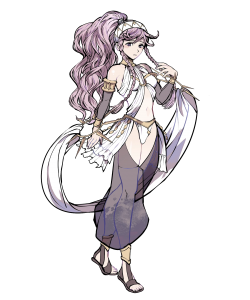 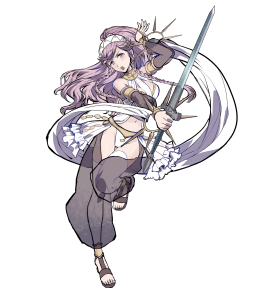 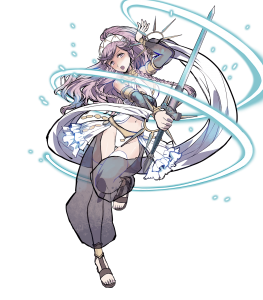 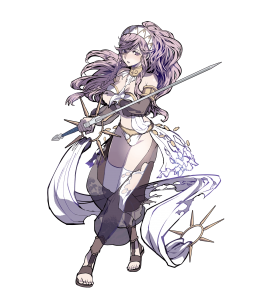 Olivia mostly desires to crush her opponents with her Armorslayer. This means her best boon boosts her otherwise middling attack stat. Olivia’s status as a Dancer makes her more flexible with IV sets, as she can do her primary job well regardless.

Her flagship set sees her equipped with abilities designed to KO common red and green armor seen within the Arena. Armorsmasher makes up for her poor base 28 attack, and with an attack boon and Fury she reaches a respectable 48. This set also maximises Olivia’s defense in order to help her survive strong attacks and one-shot builds from units such as Ayra.

Moonbow outperforms Glimmer due to Olivia’s relatively low base attack. She does not need the extra power from Glimmer to KO Armor due to a combination of Quick Riposte and Swordbreaker guaranteeing her to hit twice in combat. Her status as a Dancer means she has lower stats than most other units, making Fury a cheap and effective option to level the playing field.

With everything above, she’s capable of tanking and KO’ing nearly every red and green armor in the game, besides Brave Sword Arden. Because of this, a +Def refine is her best choice, bringing her physical bulk to 75 total and granting her a degree of relative safety on the field. Most notably, it lets Olivia tank and revenge kill Slaying Edge Ayra, an extremely dangerous Arena threat. Finally, your choice of C slot skill will be dependent on allies: Blade tome users will prefer a Hone buff, while most others want the Dual Spur.

Olivia can run an effective budget build which exacerbates her supportive potential over her combat potential. With the new refines, her default Silver Sword functions well as an all-around weapon giving her a defensive and offensive boost. Speed refine is chosen as she does not run Swordbreaker in favor of Wings of Mercy (Although Swordbreaker still works well). Geyser Dance is a more expensive option, but provides a hefty boost to allies and is great for Blade Tome users.

Just like her optimal build, Fury and Moonbow are her best bets. Fury gives her a much-needed stat boost and is her best choice even at level 2. Moonbow only just edges out Glimmer in performance with this set, but is still best.

This set leaves Olivia’s C slot and Sacred seal open to support choices. Olivia naturally comes with Hone Atk so it’s her cheapest option in her C slot. The next best stat for her to boost is speed, so Hone Spd is her best choice of Seal. However, these two skills can be tailored based on team-mates. Fortify skills are just as powerful on certain teams, so don’t be afraid to experiment in order to find the best combination.

Olivia is a sword-wielding infantry who carves out a niche for herself as a good Red sword dancer that's easily accessible. She is one of the most widely accessible units in the entire game, being available in the free hero rotation and as a 3-4 star unit summon. For many low-paying or free players, Olivia is an easy-to-merge and effective unit making her popular in many modes.

Being a Dancer however, is not all roses. Olivia weights in at 150 BST, on average 7-12 lower than other infantry. In terms of raw combat strength she is weaker than nearly all other sword-users. Her Dance ability also uses up one of her own turns, meaning she must often choose between combat and support at any given time.

Thanks to Skill Inheritance, Olivia can be equipped with a wide variety of skills to equalise the playing field and give her a slew of useful winning matchups. She is one of the most useful and versatile units in the entire game, able to provide nearly unrivaled levels of support to allies on the field.

Well-placed stats, despite having a lower stat total.

Olivia may have a reduced stat total, but her stats are well-distributed. 33 Speed is workable and is a great defensive speed tier. Her 28 attack is low, but reaches 34 with Fury and and attack boon. 36/27 physical defense is not great, but she gains quite a lot from her weapon refine and Fury.

Dance lets Olivia give any unit on her team a second turn, in exchange for her own. She can use this to double the movement of allies, let teammates retreat or most commonly grant them two attacks in one turn. It’s almost impossible to overstate it’s usefulness. Dance is also great for beating aberrant team compositions (for instance, a team of four blues can be beaten by repeatedly dancing your team’s green unit).

Relatively good matchups due to her color and weapon type.

Olivia is the only red dancer, giving her a useful and unique niche over her peers. She also has access to the Armorsmasher: most useful of the three anti-armor weapons. While they are all statistically identical, The vast majority of armor seen in the Arena is either red or green, making it the most useful. While most dancers struggle in combat, Olivia has quite a lot of winning matchups vs. common Arena threats.

Olivia really only has one weakness, and that is reduced combat potential compared to other red units. There are many extremely powerful sword-users such as Ayra, Zelgius, Elincia and Vanguard Ike which completely eclipse Olivia’s performance with their boosted stats, legendary weapons and unique skills. Running Olivia means you forgo the chance to run one of the aforementioned units. In most cases teams can function well without Dance anyway, and will do better with a reliable red unit in her stead. 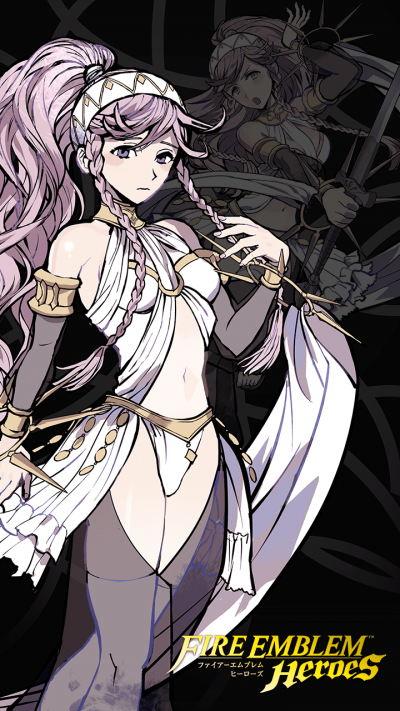