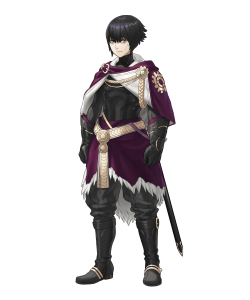 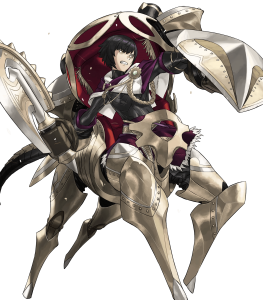 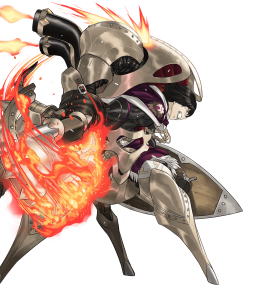 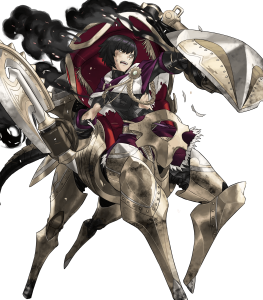 Auto-Lofnheiðr is quite the potent axe, greatly resembling Reginn’s Lyngheiðr. On top of granting +3 Attack to him constantly, if Ótr initiates combat or is two spaces or less away from an ally, he will gain +6 Attack during combat as well as inflict -6 Attack on the opponent during combat. As opposed to Reginn’s damage reduction on the first hit she takes, Ótr will gain a guaranteed follow-up attack, which is a solid addition to his slow but bulky statline. Much like Reginn, Ótr also receives ​​Canto (３) during turns 1 through 4. Even though this effect is turn limited, Canto is a highly useful ability for repositioning after an action, whether it be for retreating or to make a further offensive push. With that said, Canto does have its shortcomings on a unit like Ótr as compared to Reginn, though that will be touched upon in the weaknesses section.

Continuing the Reginn similarities, Ótr possesses a unique Special in the form of Brutal Shell which greatly resembles Seiðr Shell. Both Specials have the ability of granting Special cooldown -3 to the user on turn 1, but Ótr’s Brutal Shell’s method of boosting damage is different. When Brutal Shell triggers, Ótr will ignore 50% of the opponent’s defenses on the attack. This Special makes Ótr a nice immediate wall breaker with his instant access to it at the start of a match.

Ótr has a strong Attack stat of 41, and is a strong stat worth investing further into with the Super Asset. He also has a solid Defense stat of 40, and a respectable Resistance stat of 35. Once factoring in Auto-Lofnheiðr’s Attack boost to Ótr himself and the Attack debuff to opponents, these stats end up effectively being much higher than initially portrayed making Ótr able to trade blows quite easily while also dishing out powerful strikes.

In exchange for the min-maxed focus on Attack, Defense, and a decent bit of Resistance, Ótr’s Speed has taken a heavy decrease. While he does have methods to get around this low Speed stat such as with his guaranteed follow-up attack on Auto-Lofnheiðr, low Speed is overall a detriment considering the fact that Ótr will take two strikes from most units in the game if he cannot finish them off right away when he initiates combat.

It’s no secret that Canto is an extremely useful ability for repositioning the user after combat, and this is true even for Ótr, but there is a bit of a problem in the sense that while Reginn is an Astra Mythic designed for Aether Raids Offense, Ótr is an Anima Mythic designed around Aether Raids Defense. Canto is not nearly as useful on Defense as it is with Offense as it can be somewhat difficult to manipulate the AI into utilizing Canto as reliably as a player would. Oftentimes you may find that Ótr might retreat after combat with Canto as opposed to pushing further into the enemy lines, greatly reducing the offensive pressure on the player which is something you do not want your Defense teams to do. While this can be somewhat worked around with Rally traps or Dancer supports, the fact of the matter is Canto as an ability works better in player hands as opposed to AI hands. While Ótr does enable the seventh slot during Anima season, he is much less enticing of a pull overall compared to running Seiros in his place.

I'm uploading my build just to point out the article for Otr just being bad...

For one, he has a superasset in attack! I don't know how they messed that up...

Secondly, there is little reason to call him just worse than Seiros. He has significantly more offensive pressure and a color that gives him a massive edge against the biggest near-save threat, P!Surtr, not to mention fantastic bulk to boot.

If whoever wrote his analysis sees this, fix it ya fool!