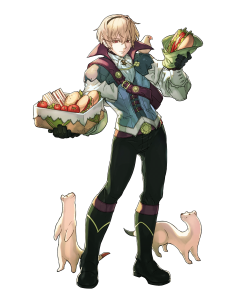 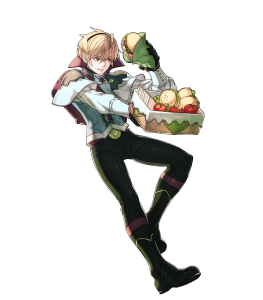 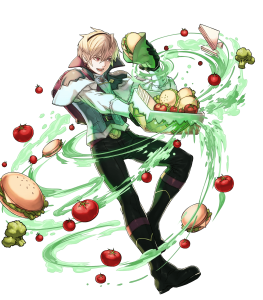 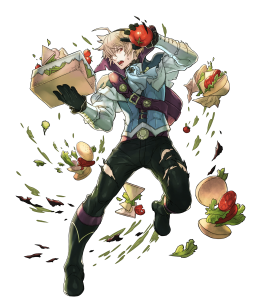 The Knife That Cuts The Tomato (CC Vantage)

At 33 Attack, Picnic Leo is capable of dealing good damage per attack. When taking his weapon and skills into consideration, Picnic Leo can deal high amounts of damage in addition to his defensive capabilities.

Spring Leo’s 37 HP, 27 Defense, and 28 Resistance is far from the strongest bulk available, but for ranged cavaliers in particular, it is good. When taking into consideration potential skills, Picnic Leo can become quite hard to defeat, particularly if against ranged foes which is where Picnic Leo performs best.

Being a cavalier, Picnic Leo gets to enjoy the benefits that come from having three movement. The higher movement grants him greater flexibility with his approach as he can get to places faster and potentially more safely than other movement types.

For the niche Picnic Leo aims to fulfil, one hardly has to do anything in terms of investment. Picnic Leo’s default tome Sandwiches! Is a great option that grants him bonus Attack and Resistance when the enemy initiates combat. He also comes with Distant Def and Quick Riposte by default, two solid choices of skills for a ranged tank. His one weak link is Glimmer, his default Special. While an acceptable choice, the fact that the power of Glimmer is based off of Picnic Leo’s raw dealt damage means it can be inconsistent.

At 21 Speed, Picnic Leo is one of the slowest units in the game. This greatly hinders any offensive potential as Picnic Leo will struggle to perform follow-up attacks against almost anyone without relying on his skills. This also hinders his defensive capabilities as well since most enemies will be capable of performing follow-up attacks against him.

While Picnic Leo is able to fulfil the role of a ranged tank well, it is questionable how useful this niche actually is. In general, melee units make for better tanks due to their higher BST. This is even more notable of an issue with Picnic Leo who is also a cavalier. On top of this, Picnic Leo is primarily relegated to being a tank against ranged foes only as taking Close Counter on him means he’ll lose out on potentially valuable stats which he could otherwise gain from his A slot.

It’s not that Picnic Leo makes for a bad tank, it’s that other units can make for a much better tank. However, Picnic Leo is a rather unique entity within cavaliers themselves. If a ranged tank cavalier specifically is what one wants, then Picnic Leo is certainly available.