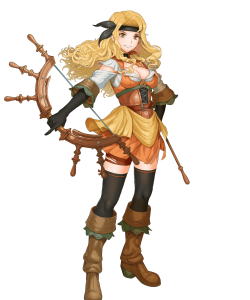 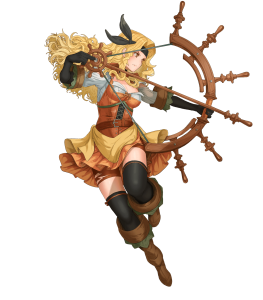 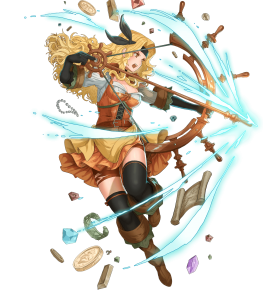 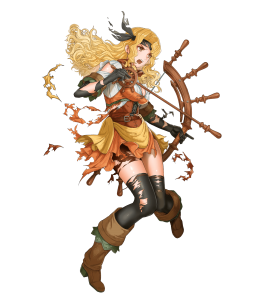 A pirate's life for me! (General Offense)

As a pirate, Brigid has been trained to be strong and swift, boasting a terrific 37 Attack and blisteringly-fast 40 Speed. She’ll have little trouble dealing good damage and consistently avoiding and performing follow-up attacks against a majority of the cast, especially with buffs and debuffs taken into account.

41 HP and 30 Defense adds up to a surprisingly respectable 70 physical bulk. Brigid can usually survive at least 1 physical encounter, if not more depending on Defense investment or the lack thereof.

Infantry status is a blessing for Brigid, as she has access to powerful skills that augment her performance, including Impacts, Lulls, Null Follow-Up, Special Spiral, and Flashing Blade. In addition, the scarcity of Infantry-effective weapons means she rarely needs to worry about receiving effective damage.

While most Archers are Colorless, Brigid is Red. Unfortunately, this hurts more than it helps, as she lacks consistency compared to her Colorless peers; while she deals more damage and takes less damage against Green units, the reverse is true against Blue units. In addition, she has to compete with other Red Archers such as Igrene (who has a personal weapon) and Summer Joshua (whose statline is incredibly similar to Brigid’s).

Brigid’s 19 Resistance leaves her vulnerable to being OHKO’d by magical attacks, as her magical bulk is only 59.