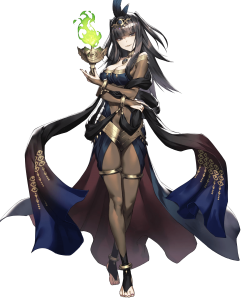 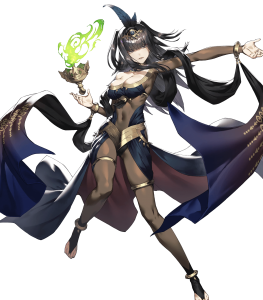 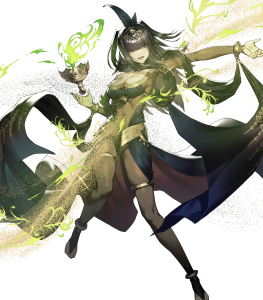 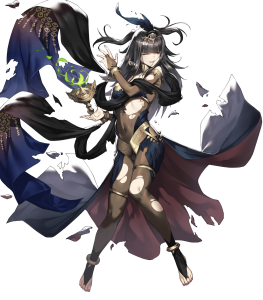 Today’s alt is brought to you by the number three. (Offense)

I’d use a curse word in place of a hex pun but this is family friendly content. (Vantage)

Pleigian Tharja’s offensive spread of 39/41 means she has little trouble dishing out high damage and performing follow-up attacks, as well as avoiding them.

Tharja’s status as a flier gives her movement that cannot be nullified by terrain. Unfortunately, this comes with a plethora of downsides.

Being a flier is more of a detriment than it is an asset in many cases, especially for player phase tome users, as her status as a flier locks her out of most good B slot options other move types enjoy, such as Lull skills and Special Spiral, while also giving her a weakness to bows.

Tharja’s defensive capabilities are quite poor, and with a defensive spread of 19/21, Tharja will struggle to take hits from any source without weapon triangle advantage or team support.