Community Posts with Keyword Quan All 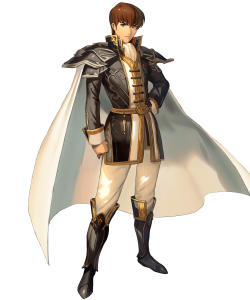 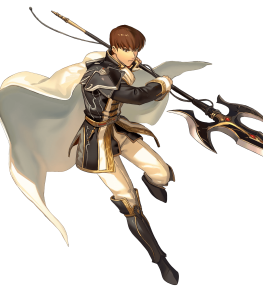 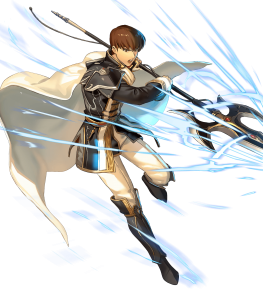 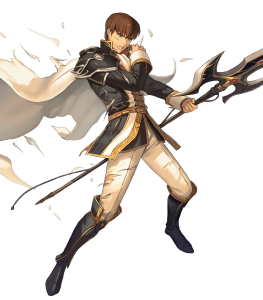 A set focusing on maximizing Quan’s defensive capabilities. With the right skills and his personal weapon, Quan can be a formidable physical tank.

Either a Attack or Defense asset will work great here, either helping Quan with his raw damage or boosting his physical bulk. Resistance is the best flaw as his magical bulk is already extremely low. Gáe Bolg is a great choice of weapon, boosting his damage and physical bulk against any non-flier opponent. Reposition is a great general choice for cavaliers, allowing them to put their movement to great use in aiding with unit positioning. His default Rally Spd/Def+ is also a good option, especially if Arena scoring is a focus. Bonfire will make for a fantastic Special choice thanks to Quan’s high Defense. His default Draconic Aura is also a great choice thanks to his insane Attack, but Bonfire will generally have a slightly higher damage output.

For the A slot, Sturdy Stance makes for a fantastic choice, giving Quan a nice boost to Attack and Defense on Enemy Phase. For a budget alternative, Steady Posture comes on Quan by default and provides the same Defense boost but boosts  Speed instead of Defense. Quick Riposte allows Quan to perform a guaranteed follow-up attack whenever he is attacked into above 70% HP, helping immensely with his attacking power. Guard is a strong alternative that prevents the enemy from charging their Special when Quan starts combat at above 80% HP, allowing him to more safely bait armors with Bold Fighter or units with Heavy Blade. Renewal is the cheapest of the three B slot options, but that doesn’t mean it’s weak, granting Quan self-sustainability through self-healing.

The C slot should be used to support your team however necessary. He comes by default with Drive Atk which is an excellent C slot choice for any team or situation. If he’s on a cavalry team, he will want either Hone or Fortify Cavalry to support his team. Close Def as the Sacred Seal grants Quan extra Defense and Resistance when attacked at melee range, helping him with his tanking capabilities even further. Quick Riposte is also a good choice if one is not running Quick Riposte as his B slot skill.

With his amazing Attack stat, Quan can flip expectations and go full Player Phase offensive with a Brave Lance.

An Attack asset with Speed flaw is optimal with this set. An Attack asset will simply increase Quan’s raw damage greatly while a Speed flaw won’t hurt Quan in this set as he will already have pitiful Speed thanks to the Brave Lance. Speaking of, the Brave Lance grants Quan an immediate second attack after his first when he initiates combat at the cost of five Speed. With his high Attack, Quan is a perfect fit for this weapon. The Assist is an open slot. Rally Spd/Def+ will be the indisputable best option if Arena scoring is of concern, while Reposition is a great general choice for cavaliers. Luna is a fantastic option for Special, allowing Quan to halve his opponent’s Defense, helping him against more tankier foes. Moonbow is also a good choice thanks to its low Cooldown, especially if Quan has Heavy Blade as his Sacred Seal. For a budget option, his default Draconic Aura can also work well.

Death Blow is the desired A slot, granting a huge Attack boost whenever Quan initiates combat, a perfect option for a Brave Lance. In the B slot, Chill Def allows Quan to debuff the Defense of the foe with the highest Defense, helping not only himself but his other physical teammates to deal damage to whoever is affected. As a cheaper alternative, a Breaker skill such as Lancebreaker can help Quan to deal with tankier foes through a guaranteed quad attack. The C slot should be used to support the rest of Quan’s team. His default Drive Atk is a safe choice, though he will want either Hone or Fortify Cavalry if he’s alongside other cavaliers. For Sacred Seal, Quan can opt for either a simple Attack seal for extra damage, or he can use Heavy Blade which goes great with Moonbow, allowing him to activate Moonbow every round if he has higher Attack than his opponent.

With Gáe Bolg in hand, Quan is ready to march into action and defend his allies. Quan enters the world of Heroes as a defensive lance cavalier with a personal weapon suited to this. In a weapon and movement category primarily occupied with mostly poor defensive options, Quan is a welcome addition and makes for a good choice if one is looking for a lance cavalier that’s more about defense than offense.

On his strong side, Quan comes with a whopping Attack stat of 37. On top of this, he also possesses a solid 44 HP and 31 Defense. His high Attack with great physical bulk makes him well suited for his defensive role. Quan definitely has his weak points however, primarily in the form of his absolutely negligible Resistance and middling Speed.

Overall, Quan will make for a solid choice for anyone looking for a defensive lance fighter. He will be most at home in a cavalry team where he can be provided with the powerful Cavalry Buffs, but he can work absolutely fine in a mixed team too. While there is plenty of other competition for a defensive lance fighter outside of cavalry options, Quan is still able to hold his own thanks to his personal weapon and solid stats.

Quan’s Attack stat of 37 is the highest among cavaliers and one of the highest in the entire game. His raw damage per Attack is almost unmatched among lance cavaliers, with Legendary Ephraim being the only one able to match thanks to Flame Siegmund granting him an Attack boost. Quan’s Attack is well suited for Gáe Bolg, and also makes him a fantastic option for a Brave Lance.

Solidifying his power as a defensive unit, Quan also comes with solid Physical Bulk. 44 HP and 31 Defense puts him at an impressive 75 physical bulk, not to mention Gáe Bolg will only boost his physical tanking capabilities further.

Gáe Bolg is Quan’s personal weapon. This weapon grants him a boost of 5 Attack and Defense whenever in combat against an infantry, armored, or cavalry foe. This is akin to getting Atk/Def Bond against any non-flier opponent. While the effect is simple, it’s a powerful boost that helps Quan to fulfil his role as a defensive lance fighter.

At 16 Resistance, Quan possesses the lowest Resistance of all lance fighters, as well as one of the lowest Resistance stats in the game. It is imperative that Quan is kept away from mages and dragons at all costs, as any mage with decent Attack and Speed will likely to be to defeat, if not outright OHKO Quan.

Unfortunately, Quan also possesses a lackluster Speed stat of 29. This is not fast enough to reliably double the slower opponents while also not fast enough to avoid being doubled by the faster opponents. This hurts him both offensively and defensively, though he is still able to perform a defensive role well through his sheer Attack and good physical bulk.

Basic Quan build with Def Feint. Hes got a pretty good starting kit and using the rally skill with def feint boosts his ability to support teammates. IVs can be w/e these are just the IVs I have on him.

The blue version of the BA galeforce build I submitted to Walhart's page. 41 def when brazen is active, 46 vs non-fliers, 52 with fortify cavalry. He also has 60 atk, 65 against non-fliers. Reciprocal aid can get him into brash assault range if some mage on his team takes a hit or if B.Lyn fights a mage.

148 k Rokkr damage
@ShieldOfWind wrote: Feels bad man. I was so close …
Any one remember bakugan?
@CommanderRyu wrote: I mean that one show with that intro…
Tips and tricks for T21
@Haema wrote: Hi everyone! I’m trying to push into Tier 21…
Share your formas
@StormEagle wrote: This one had some good heroes so I’m…
Does she look like Lysithea?
@fangirlofweirdness wrote: Does she? Yes No 0…
Read More