Community Posts with Keyword Raigh All 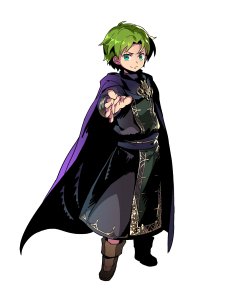 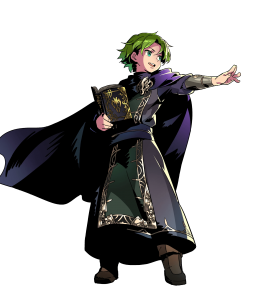 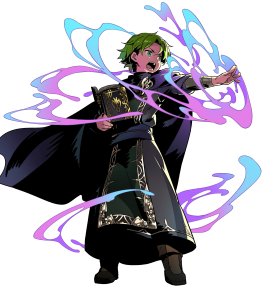 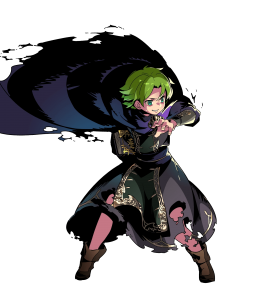 It’s Not a Phase, Mom (Anti-Ranged)

Thanks to the inherent defensive capabilities of his unique personal weapon, Hermit Tome, Raigh can perform as a surprisingly capable check to ranged foes in the Enemy Phase -- something which this build aims to take full advantage of and capitalize on. Accordingly, in addition to the standard Attack Asset for increased damage output, an Asset to either his Speed or Resistance stat can be considered to heighten his overall survivability. Nonetheless, all three of them are fantastic options.

A budget-friendly set that revolves around making the most use out of the cavalry effectiveness aspect of his PRF, which grants him a significant damage boost against such opponents and allows him to easily take them down with just one of his strikes. An Attack Asset is ideal here to maximize his damage output and strengthen his ability to OHKO opposing cavalry foes.

The perfect foil to his overly kind twin brother Lugh, Raigh: Dark Child has been a part of the game since its launch and is actually one of the very first mages a player receives when starting off — but even so, he is often brushed aside very quickly, though for good reason. Statwise, his most notable attribute is his decent base Attack stat of 32 which, while not necessarily exceptional, provides him with a good foundation for dealing damage. The introduction of his own personal weapon, Hermit’s Tome, has also served to grant him a decent boost in performance, allowing him to specialize as an adequate check to cavalry units as well as ranged foes when capitalized on with the proper set-up.

Unfortunately for the dark mage, that’s about as far as the extent of his redeeming qualities go. With an overall underwhelming statline, Raigh is almost entirely reliant on team support to perform up to par with the majority of his direct competition and remains thoroughly unimpressive outside of his niche. This is only accentuated further by the fact that his PRF’s unique refinement option (while complementary to his intended playstyle) requires that his allies constantly maintain close levels of proximity for optimal performance; this means that in scenarios where one is unable to consistently maintain ideal conditions, Raigh’s performance will undoubtedly suffer. That being said, his great availability does allow him to circumvent his weaknesses to an extent by making merges and perfect IVs something readily available to him, both of which can come an exceedingly long way in patching up his otherwise mediocre stat spread and improve his overall performance.

Overall, Raigh can definitely be a serviceable unit when properly invested in but ultimately, it is difficult to recommend actually doing so given that many other units can take that same investment and achieve far more favorable (and impressive) results.

Raigh’s unique personal weapon, Hermit’s Tome, is solid and can essentially be considered a directly improved version of his base improved Rauðrwolf. On top of carrying cavalry effectiveness and built-in Dull Ranged, it can be refined further for its Owl effect, increasing his combat potential sizably with the more adjacent allies he has.

Raigh’s Attack is one of his few redeeming qualities -- at a solid base value of 32, Raigh can generally deal a reasonable amount of damage to  his opponent.

Raigh is commonly found in the 3-4* red pool, making him one of the more common units around and allows one to easily gather merges and ideal IVs for him.

Aside from his Attack stat, none of his other stats are particularly impressive and are rather underwhelming. This leaves him struggling to perform up to par as either an offensive and defensive mage without sufficient investment.

Although Hermit’s Tome does allow Raigh to carve a niche for himself as a dedicated check to specific units when built properly, his unimpressive base statline means that he will still be dependent on receiving a considerable amount of support from his allies in order to function properly, even with the boost from his PRF.

While slightly improved due to gaining access to his own PRF, Raigh’s capabilities are still quite limited in comparison to the majority of his direct competition and render him sorely outclassed in situations where one cannot make use of his strengths to their fullest extent.

This build is an attempt at bring in one of the at-launch red tome unit up to speed into the meta. By no means is this game breaking given Raigh's statline. This build is based on a plus 10 merged 4 star Raigh, which is far easier to merge than a plus ten five star merged Raigh. This build allows Raigh to duel with his green tome peers as a specialist. Now with his new weapon and refine, he can better excel as a horse slayer and green tome slayer.

He can be a good user of ploys, Fury helps him to rise his Atk, his Ploying potential and also his spd, without merge, but with Fury, res refine and +spd nature he has 35 spd and res (enough to SPeed-ploy his enemies, so he have a potential 40 spd) with his uncle Canas' book he can reach 39 spd and res and 50 Atk if he's near his S-support ally, and 43 spd and Res with 54 Attack, if he's adiacent to all allies; which mean 59 Atk with Res Ploy and 48 Spd with Spd Ploy, enough to double almost everyone.

His 35 defense is also enough to make him a good mage tank (at least he can take one attack or two, and counter with a double attack)

4* +10, inherited Keen Raoudwolf from a 5* Raigh. Run alongside Gunnthra, hence the double smokes. Ties with any BLyn build that I've tested that doesn't have R Tomebreaker; whoever strikes first wins.

This build makes use of Raigh’s tanking capabilities while still being able to counterattack hard. Though not 100% accurate in the description below as my Raigh is +3 so uhhh

Why -HP instead of -DEF? Notice the Distant Def seal. While not completely synergetic with Mirror Strike 3, it allows Raigh to survive more attacks, and get a boost in power from Iceberg. With -HP, Raigh is able to tank a hit from B!Lyn which has Mulagir equipped and kill(even without the Distant Defense 3, though I’m not sure if a -DEF Raigh would survive).
Mirror Strike is simple, adds attack power and survivability. Increases damage output from Iceberg.
G Tomebreaker 3 since green tome units are pretty common and the mostly used green tome units are speedy, like Nino.
Threaten Res is to increase Raigh’s damage output, but a ploy would work too. Any other C Skill would work as well, it just depends on your team composition.
Why Iceberg? I did the math. Iceberg does more damage than Draconic Aura, and would you want to wait to hit and/or be hit 4 times before you nuke? Not me, but then again this is a flexible slot.

A raven build looking to outlast the cancel affinity rise while maintaining a solid all-round presence.
Fury raises all stats and charges vantage, though the latter can be swapped for sword breaker if needed.
32 res is high enough to consider ploy skills, Atk ploy is recommended to help defend allies ahead of Raigh but Breath of life is also a solid choice. 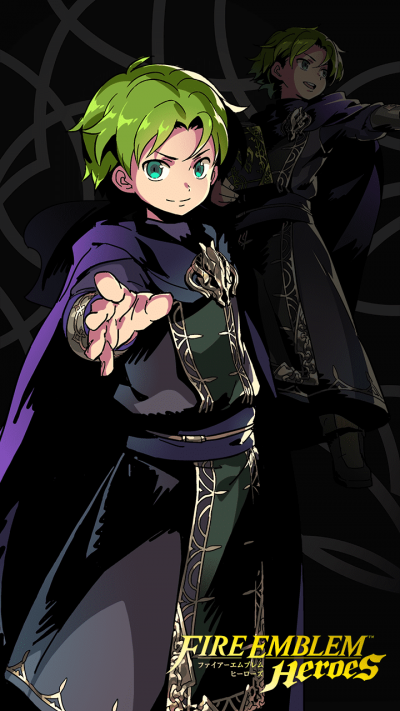