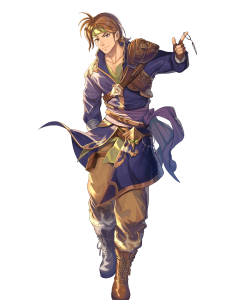 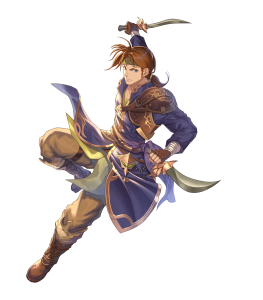 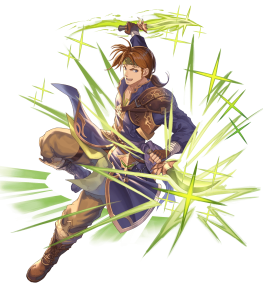 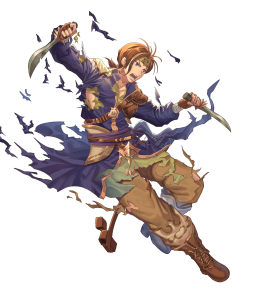 how you doin’? (General Offense)

a small loan of a million gold (Vantage Nuke)

Rennac’s combined Attack/Speed spread of 37/42 makes him innately well-attuned for offensive roles, allowing him to chunk enemy health and both perform and deny follow-up attacks with relative consistency. Additionally, this offensive investment fortunately doesn’t come at too harsh of a cost to his overall durability — to the contrary, his physical bulk is notably pretty solid all things considered.

The key perk of being an infantry unit is the exceptional skill availability that comes with it, and Rennac is no stranger to this benefit: with crucial access to skills like Null Follow-Up and Sturdy Impact, his versatility is elevated considerably compared to his mounted counterparts. This is further highlighted by the unique array of weaponry associated with daggers — his own Vicious Dagger is among one of the better inheritable weapons currently available for offensive play — and Disarm Trap access, which allows his role to be overall quite malleable

A base Resistance stat of 25 isn’t the worst (especially considering how much of his stat total was distributed towards Attack and Speed), but it certainly isn’t doing Rennac any favors in a meta where common sources of magical damage are only becoming stronger. Soaking a hit from these threats more than once is rather shaky so avoiding such scenarios is crucial to maintaining his longevity, though he can thankfully manage this himself potentially through use of his base weapon and Watersweep.

Rennac’s performance is by no means not worth using — the main issue is that he is unfortunately a five-star-locked unit with no distinguishing quality other than his statline to set him apart. Given that he is present in the exceedingly bloated pool of offense-oriented dagger units (some of whom do have powerful weapons of their own like Yuri and Volke, greater availability like Colm, or both like Kagero and Sothe), it can be tricky actually justifying putting that much time and consideration towards Rennac should one have already made investments in similar units.

Ike raid boss
Hey! So I recently decked out my L!Ike right before his bonus season in AR and arena…
Update news for October
The Next Update Is on Its Way! Thank you for playing the Fire Emblem Heroes game! Here…
Man I suck at pulling lol
The only 3 banners I pulled on throughout this month and last month were not kind, rip…
B Ike: advice needed for VoH
Is B Ike still competitive for Vault of Heaven? Mine feels like he is slipping off,…
Ninian and galeforce teams
I kinda wanna get her and slap WoM on her, but my galeforce team is 90% of the time a…
Read More