Community Posts with Keyword Reyson All 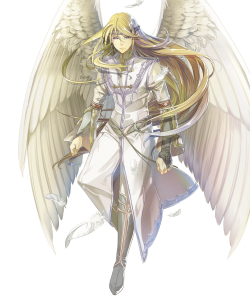 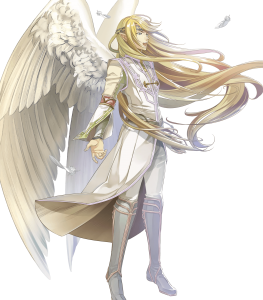 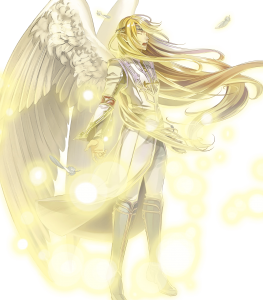 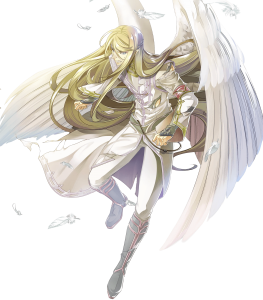 Reyson’s ability to transform makes him a powerful refresher, but also a very capable attacker. While he’ll fail to reach the immense power of other beast heroes like Tibarn, 3 space movement, flier mobility, and respectable Speed and Attack can allow Reyson to pick off kills on slow or weakened enemy heroes. Strong supportive skills like Heron Wing, Wings of Mercy, and Guidance also allow Reyson to aid his team and set up for aggressive Player Phase attacks.

Heron Wing ties Reyson’s kit together to make him one of the most powerful refresher heroes around. Granting extra Speed, Attack, and movement, in addition to a healing aura for his allies, this PRF weapon allows Reyson to initiate against enemy heroes from afar and offer minimal healing. Wings of Mercy and Guidance are similarly useful skills, as they offer the means for Reyson to reach his allies, and vice versa. However, ensure that Reyson’s team is well suited to these skills, as he cannot transform if a human ally is adjacent. Even Def Wave is a strong choice for its reasonable availability, as it can patch up Reyson’s Defense and mitigate his Flaw, though other skills are available and will be more advantageous if they benefit the rest of his team.

The rest of Reyson’s skills, as well as his Asset, serve to improve his combat ability. A +SPD Asset, coupled with the bonus from Heron Wing as well as Fury, grant Reyson a stellar 43 Speed. In contrast, switching to a +ATK Asset grants Reyson a reasonable 51 Attack after skills and transformation. Even without swapping to more offensive A and S slot skills, Reyson can fare well in an offensive role. Triangle Adept can improve Reyson’s match-up against blue heroes, whereas Atk/Spd Bond or Solo can vastly improve Reyson’s offenses if his team composition complements it, but these skills are hard to recommend over Fury given their high cost and relative unreliability. Moonbow offers reasonable damage on a short cooldown, which suits Reyson well as he cannot sustain combat more than most other heroes.

This build aims to keep Reyson alive above all else, in order to capitalize on his impressive mobility and refreshing ability. In addition, like most beast heroes, this build heavily relies on Reyson’s ability to transform. As Reyson will have a pitiful offensive presence with this build, it’s vital that Reyson can use his movement to support his allies.

Reyson benefits greatly from the survivability offered by high Speed, so the bonus from Heron Wing, a +SPD Asset, and Darting Stance ensure that Reyson will avoid follow-up attacks from speed checks. Reyson’s other skills improve his survivability: Fort. Def/Res, while expensive and difficult to acquire, will greatly improve his mixed defenses to reduce the chances of an OHKO attack. With that said, Steady Posture is a reasonable alternative with far greater accessibility. Miracle allows Reyson to survive a fatal blow if he sees enough combat, though Moonbow is a solid alternative for those wanting a shorter cooldown. While an Attack Flaw may seem questionable, all of Reyson’s defensive stats are valuable to this build, and the loss in Attack can be mitigated by a merge, which shouldn’t be too hard to achieve if Reyson becomes available at 4*.

Wings of Mercy is a cheap and effective choice, though as a Flier, Reyson can also benefit from Aerobatics or Flier Formation. This largely comes down to availability and preference: Wings of Mercy provides great utility provided Reyson has a teammate below 50% HP. Alternatively, Flier Formation and Aerobatics improve Reyson’s mobility around nearby allies, though this may be less useful with his 3 movement after transformation.

Darting Stance is a straight-forward Seal choice that improves Reyson’s survivability if he does find himself under attack. However, Flier Formation makes for a fine alternative if Reyson won’t be in danger. Alternatively, if sticking with Steady Posture, the extra Speed from Darting Stance becomes unnecessary. Therefore, skills like Close Defense or Atk/Def Bond may be more appealing. Blaze Dance or Gale Dance are strong choices to improve Reyson’s refreshing ability, and his C slot is flexible.

As one of the first beast units added to the game, and the first heron refresher alongside Leanne, Reyson makes his appearance as an incredibly capable support hero. Equipped with the Heron Wing PRF weapon and Sing, Reyson can aid his allies immensely with 3 movement, almost completely uninhibited flier mobility, and the powerful Sing Assist skill.

Despite all of his strengths, Reyson has some glaring weaknesses. Without transformation bonuses, Reyson’s mediocre stats can leave him incredibly vulnerable and leave him with only 2 space movement, nullifying his advantage over other refreshers. As Reyson’s transformation is based on adjacency to allies, excluding beast and dragon heroes, it may be difficult to use Reyson alongside non-dragon infantry and armored heroes. Even with his transformation bonuses, Reyson’s poor defenses leave him vulnerable to enemy OHKOs so, regardless of team composition, good positioning is of the utmost importance.

"It’s hard for me to be on a battlefield where the air is thick with negative energy. It’s…tiring. But I’m learning to adjust. I hope you’ll let me fight beside you to the bitter end."

Reyson’s PRF weapon, which he shares with Leanne, grants numerous powerful effects provided he can meet the requirements for a transformation. Assuming Reyson’s transformation is successful, 3 movement and a healing aura, in addition to bonus stats, make Reyson an incredibly powerful refresher. In addition, these bonuses can make Reyson a more capable fighter than many other refreshers if the need for combat arises.

Reyson’s base Speed of 34 may not seem too high, but after the +3 bonus from Heron Wing and any additional points from his skills, Reyson can become rather quick. This allows for improved survivability and decent offense.

Reyson’s transformation not only improves his role as a refresher but allows him to take on a more offensive role. With his flier status, 3 movement, and workable offensive stats, Reyson can be a flexible hero capable of offense or support.

Reyson’s BST is only 150, which results in relatively poor stats. Reyson struggles to keep up with other heroes in terms of combat, especially if he fails to transform.

Whereas his sister Leanne has great Resistance in exchange for poor Defense, Reyson has middling stats in both Defense and Resistance. This leaves him vulnerable to attacks from enemy heroes with exceptionally high Attack, as Reyson can fall victim to an OHKO.

Reyson’s transformation makes him a powerful refresher, but without its effects, he can struggle to make much of an impact compared to other refreshers. This limits Reyson’s flexibility on different teams.