Community Posts with Keyword Rhajat All 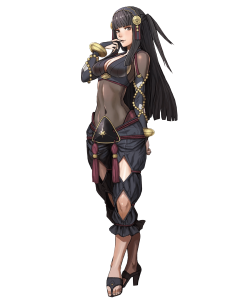 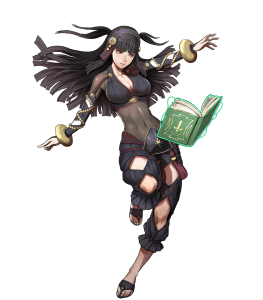 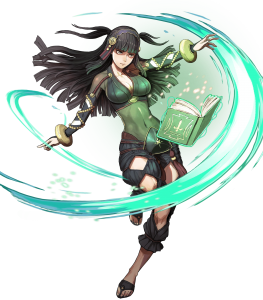 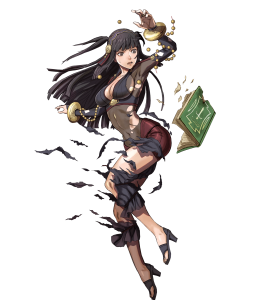 This Diviner Bites Back (Vantage)

Obsessive Curse brings some much needed flavour to the otherwise extremely outclassed and generic Rhajat. Sharing her default Keen Gronnwolf’s effective against cavalry benefit, it also inflicts -5 Speed/Resistance to any enemies two spaces or less away from her during combat. On top of this, it sports an interesting effect refinement that deals 7 chip damage to the target and enemies two spaces away from the target and inflicts a debuff on them that prevents them from counter attacking so long as Rhajat attacked during combat. If this effect refinement sounds familiar, it essentially shares the same effect as Kempf’s Venin Edge!

Rhajat’s statline does not favour any specific stat in major dedication, and considering the fact that Obsessive Curse even before the effect refine is a fairly decent weapon with the effective against cavalry bonus as well as the in-combat Speed and Resistance debuffs, this can open the door to more unorthodox builds for Rhajat to attempt to take advantage of. This also includes her benefits of being an Infantry Unit, giving her some access to strong Skills such as Lulls or Null Follow-Up

Even with a shiny new weapon in mind, Rhajat’s awkward stats are only addressed so much by the Obsessive Curse’s in-combat debuffs. Rhajat’s Attack and Speed are both middling by today’s standards, and her defenses are on the poor end. As a result, Rhajat is often going to struggle in terms of picking up the pace against stronger statlines without some hefty investment and/or support from a team.

Unique Weapon can be Difficult to Justify

As a ranged unit, Rhajat is not able to utilize the same tools that Kempf can despite having similar weapon effects. For example, Rhajat is locked out of some potential Lunge strategies that Kempf users may employ. Not only that, but as Rhajat is more of an enabler for other units rather than a hard carrier herself, Rhajat setting up her chip damage and counterattack prevention may not reliably be able to be capitalized on unless the team is specifically geared for it, such as through dancer support that can allow Rhajat to attack multiple times in one Player Phase and take advantage of the counterattack disabling for herself.

weapon + effect: busted, if used first in a match can give allies a shot at cleaning up the remaining units

close foil: gives her a shot against close-range with a def boost

Simple and effective high investment build. Fury 4 is chosen over DD3 as the extra boost to her attack and speed are worth 2 def / 2 res.

While she looses her Horse nuking ability by running Gronnserpent, she’s able to effortlessly tank and spank Reinhardt and almost any other heavy magic nuke and can even handle most non Brave Bow archers. Keeping her in range of a def tactics buff buddy definitely helps here.

Once in Vantage range, she’s able to score some fun KOs on EP while still being speedy enough to nuke on PP

Rhajat is the definitive cavalry killer, obliterating even red cavaliers in one or two gronnwolves.
Surprisingly enough, Rhajat can win many battles against non-cavalry units even though she's (kinda) optimized to horse killing. That's why her B slot is G Tomebreaker, which turns the table against fast greens without the same B slot.

Savage Blow is the C slot because there are many units out there who benefit having a full HP pool, and a measly chip damage can turn the odds to you.

For the seal, Rhajat has enough firepower to deal with horses, so focusing in her foot-to-foot battles is the best option, bringing Distant Def to soak lethal damage.

For assists it's up to you but Reposition is really good to position allies.
Special of choice is the fastest charging ones, Moonbow to deal with non-cavalry (the optimal because you probably won't need Specials to deal agaist cavaliers) and Glimmer if you like 100+ damage popping out of horses.

Rhajat's purpose here is to sit in front of Brave Lyn and Reinhardt and kill them both. Keen Gronnwolf+ (+Eff) nullifies any bonuses on them and helps against any mounted blade tomes foolish enough to come after her. Distant Defense 6 is to minimise the damage she'll take from the first to attack her, as well as helping against other mages and archers, before she kills them on her counter attack. After the first she will be in vantage range and will kill the second of the pair to come after her. Glimmer capitalises on the damage boost from Gronnwolf.

While her goal is to counter Lyn and Reinhardt she will, thanks to Keen Gronnwolf, be able to take out all non-red cavalry. The reds pose some issue, particularly Sigurd and Xander's Siegfried so a good partner for her would be her beloved Corrin who has the speed, defense and a resistance targeting breath weapon to remove them.

Her A slot could be replaced with Fury for more attack which she needs when fighting non-mounted mages and her C slot is open to whatever helps her team. If cavalry buffs aren't something you worry about then +Spd would be a better refinement to help out on doubling and avoiding doubles.

This build of Rhajat is simple she is built like a Tharja but instead with a focus on Savage Blow, she is basically built to be the poison that strikes the other team in one fell swoop she works well against armor teams who tend to flock in pairs that make use of armor march or any crowding of enemies. Def and Res dont mean anything especially if you can deal an already set amount if your at a disadvantage against a more capable team. With Gronnwolf you also get a check on cavalry units who usually tend to be very annoying. Rhajats B skill can be switched with Vantage as well because she can come under fire alot aswell but if you put her behind a wall she can handle really well. 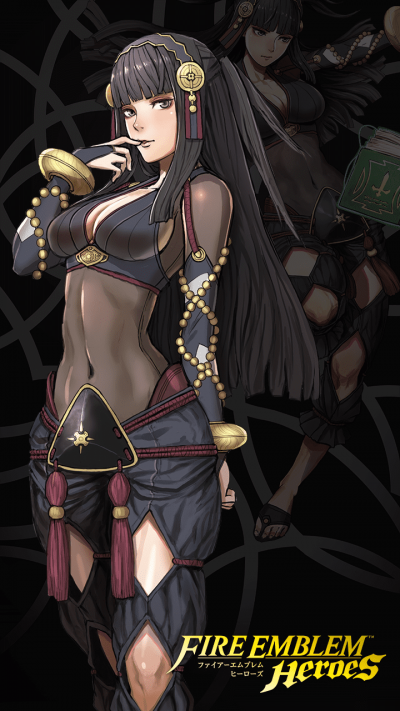