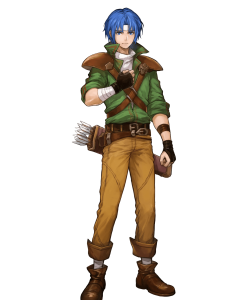 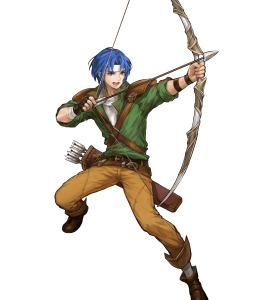 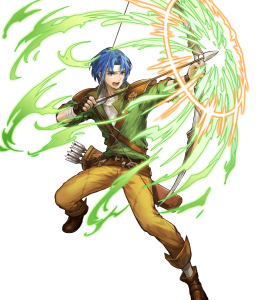 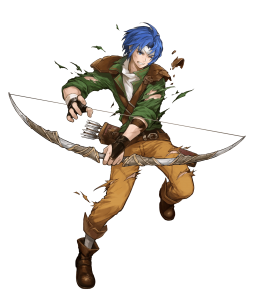 Ronan’s Resistance is one of the highest in the game at base 42, which can be raised even further with an Asset. Ronan’s sheer Resistance makes him an incredible mage counter, especially coupled with his great base 40 Speed. Some of the most dangerous mages in the game, such as Lysithea, Ophelia, and many others will struggle to do any meaningful damage to him without a Defense reducing special, although his status as a Blue colored bow makes him more vulnerable to high power green mages without heavy investment.

As an Infantry unit, Ronan benefits greatly from a lack of weaknesses to many forms of effective weaponry, as well as access to a wide array of powerful skills, such as Null C-Disrupt and Special Spiral.

Ronan’s Indignant Bow functions as an upgraded Spendthrift Bow that also negates his Attack penalties and his foe’s Attack buffs. However, it’s reliance on the foe’s HP can leave it inactive during player phase should an enemy be chipped by another source of damage.

Ronan had to pay a price for his high Resistance, but instead of paying for it with terrible Attack power like in his home game, Ronan pays for it in Fire Emblem Heroes with his Defense stat, leaving him vulnerable to almost anything that can deal physical damage to him. His status as a blue unit gives him a slight edge against sword users, however. Ronan's bad Defense also leaves him incredibly weak to adaptive damage, should he lack Mystic Boost.