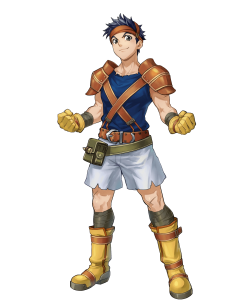 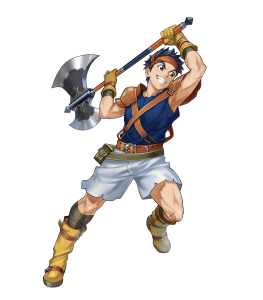 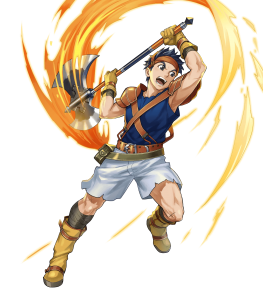 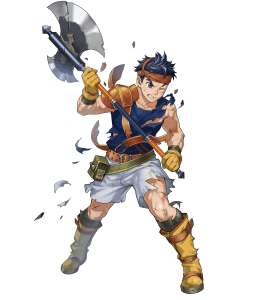 Ross’s availability as a 3-4 star summon means that obtaining optimal IV’s for him is significantly easier compared to 5 star exclusives. Moreover, this also means that he’s pretty easy to merge, making his Flaw not particularly important - even a single merge will get rid of it.

Ross is a fantastic addition to the summoning pool as a 3-4 star summon unit due to his sky high BST of 172, allowing him to easily reach the 175 BST bin with a merge. This makes him a fantastic budget option for modes like Arena.

As a unit, Ross is pretty solid - his defining trait is his powerful Attack stat, which even has the benefit of getting +4 instead of +3 with an Asset. Combining this with his status as an infantry unit granting him access to powerful skills like Null Follow-Up or Null C-Disrupt give him a lot of options to take on his enemies.

Ross has no particularly extreme weaknesses, but his main downfall is that he struggles to keep up with other units who have the benefit of unique weapons to set them apart. Overall, Ross is definitely worth investing in for any gamemode due to his excellent potential.

Ross’s most notable feature is his high BST of 172, putting him on par with many armored units. His high BST gives him excellent stats across the board, and also makes him a fantastic choice for competitive modes like Arena due to his scoring potential.

As an infantry unit, Ross can supplement his strong stats with powerful infantry-exclusive skills like Null Follow-Up or Null C-Disrupt.

As a 3-4 star summon, Ross is relatively easy to obtain multiple copies of for merging and obtaining optimal IVs.

Despite Ross’s raw stats, his lack of access to a unique weapon makes it rather difficult for him to keep up with many other units whose weapons give them powerful and unique capabilities.