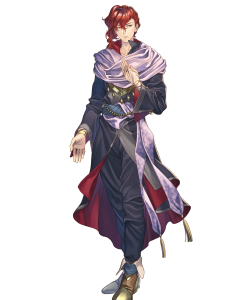 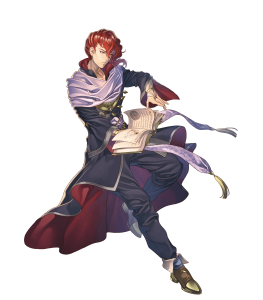 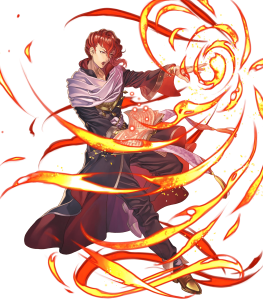 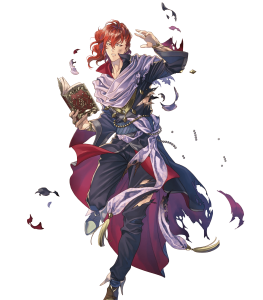 Salem’s base 38 Atk and base 36 Spd are good, and allow him to deal good damage and outspeed many other units.

Salem’s base 41 HP is decent, and his base 38 Res is high, allowing him to take magical hits relatively well.

Salem’s status as a red tome infantry allows him to use good skills like Null Follow-Up and Atk/Spd Ideal.

Salem’s status as a Grand Hero Battle unit allows players to obtain a few copies of him without spending any orbs, and he will eventually be purchasable with Heroic Grails, allowing him to be merged more easily than many other Heroes.

Salem’s base 18 Def is quite low, and means he takes high damage from almost any physical attack.

Salem lacks a unique non-inheritable weapon, and at the time of writing the options for inheritable red tomes leave much to be desired compared to most other weapon types in Heroes. While Salem’s base Rauðrvulture+ is a solid choice, he does not have many other viable options.

As a red tome infantry with no unique weapon, Salem faces competition from many, many other units in Fire Emblem Heroes in that movement and weapon combination alone, and mostly relies on his statline to set him apart. While his stats are higher than most of his competitors, the difference is not large compared to units like Miranda or Erk.