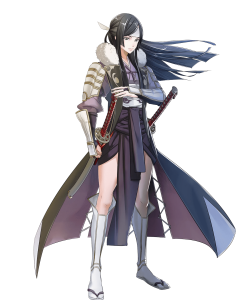 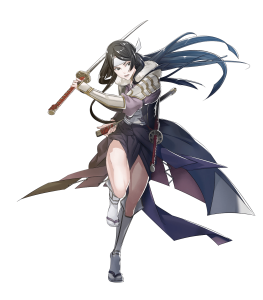 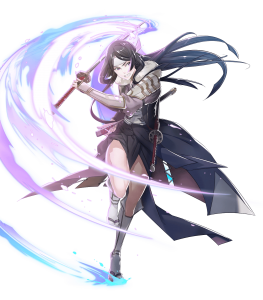 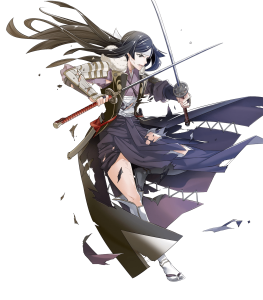 Dance of the Dragonfly (Defensive Tank)

One of the Valmese Regalia, Amatsu is a rather simple but effective weapon that provides Say’ri with a great deal of flexibility. Its built-in Distant Counter (provided she is at or above 50% HP) allows her to benefit from the effects of other powerful A slot skills for improved combat ability, and its -1 Special cooldown is quite useful for rapid Special activations.

With 35 base Attack and 40 base Speed (not to mention access to a four-point +SPD IV), Say’ri shines offensively and can deal good amounts of damage while both performing and avoiding follow-up attacks with ease.

As an infantry unit, Say’ri benefits from incredible skill availability and is able to equip useful abilities such as Close Call and Special Spiral to further enhance her overall performance substantially.

The flexibility Amatsu provides combined with Say’ri’s strong overall statline and infantry status makes her quite flexible in the way that she can be built, allowing her to fit in various compositions depending on what is needed of her.

Say’ri boasts a rather pitiful resilience to physical attacks which can make it difficult to field her against opponents who can take advantage of this, though her innately high Speed and access to skills like Close Call allow her to mitigate this rather easily.

Meet say'ri the Dodge tank not only an accurate representation of the character as a whole but an effective way to keep say'ri on the front lines for as long as you may need.

First things first we want to maximize say'ri's speed. Her defensive stats are by no means amazing however with close call's assistance her ok defenses can become amazing. This is also why we're taking the speed boon as well as the phantom speed seal a seal that is quite frankly criminally underused and joint hone speed to help others while helping yourself

Of course a tank can't do their job without a means of recovery. This is where sol comes in. Amatsu. Will take sol from a 3 cool down special to a 2 and with say'ri going sonic the hedgehog it's highly likely she will double her opponents getting a guaranteed heal as a result assuming ofcourse the foe can counter attack and if the foe attacks say'ri first sell now her healing is guaranteed which in turn keeps her above the 50% health range needed for her distant counter.

Allows Say’ri to counter-attack ranged foes without sacrificing the A slot for Distant Counter (as long as she has enough HP) and trigger specials more often.

Will help Say’ri maintain at least 50% so she can take advantage of her weapons built-in Distant Counter.

Makes Say’ri more likely to get the full damage reduction for Close Call and improves her damage output on enemy phase.

Takes advantage of her high resistance. Can help with maintaining at least 50% HP when attacked.

Helps out with taking out enemies when attacked on enemy phase.