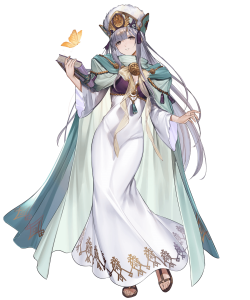 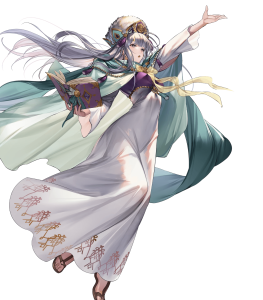 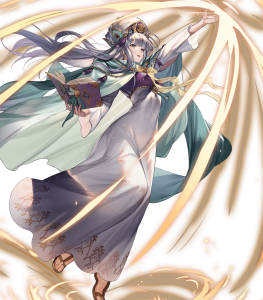 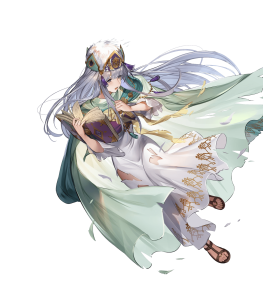 Something Something Res Tank (Enemy Phase)

B Passive: Light and Dark

Scion Julia enters the game with a fantastic base Atk stat of 42, which is also accompanied by a super boon that can push her base Atk to a whopping 46. Meanwhile, her base Spd is relatively good at a base of 35, and while this stat doesn’t have a super boon in it, Scion Julia’s BST is 167, so taking either boon will push her into the 170 BST range before skills.

Light and Dark, for what it’s worth, is a decent option as a B Passive for Scion Julia as it not only debuffs the foe in each stat by two points and prevents visible buffs, but can be used to score very well in Arena and other similar game modes. Granted, she’ll need to run R Duel Flying 4 from Valentian Palla, but if that is available at your disposal, that, combined with Light and Dark as well as a 300 SP C Passive, allows Scion Julia to score 185 BST.

Is a Ranged Flier

Being a Ranged Flier may sound bad. That’s because it is. Ranged Fliers struggle from two aspects of their class archetype: Flier Effectiveness and a lack of B Passives. Flier Effectiveness can always be patched out with Iote’s Shield, so it’s not as prominent as the latter, but can still come at the cost of better skills that can boost their overall performance. However, what cannot be patched out, at the time of this article, is the lack of available B Passives. Unlike Infantry, Armor, and Cavalry units, Ranged Fliers simply don’t have any B Passives to work with that isn’t either some sort of supportive-natured skill or skills that struggle to keep up with the current meta. The only exceptions to this rule are refreshers as they already have all the necessary skills they need to perform to the best of their abilities (Wings of Mercy, Aerobatics, etc.) and healers as they can either run Dazzling Staff or Wrathful Staff. Simply put, the limited options given to Ranged Fliers act as a hindrance to their overall performance.

As previously mentioned, Scion Julia will struggle due to a lack of B Passives and even though Light and Dark is a suitable skill for scoring, it simply acts as a means of masking the overall problem with Ranged Fliers as a whole. So, as it currently stands, Ranged Fliers are defined by their PRF weapons. Without a solid weapon to call their own, they simply cannot perform nearly as well as other units of a different movement type, and unfortunately for Scion Julia, she only has generic weapons to work with.