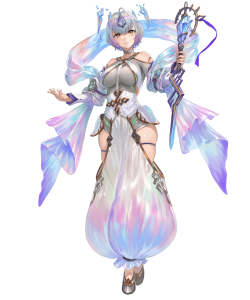 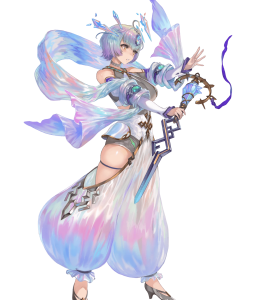 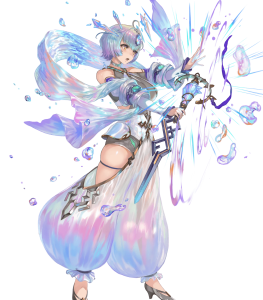 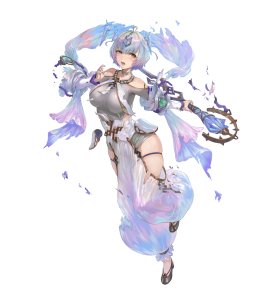 Seiðr has a variety of useful effects, including accelerating Special trigger, applying a status to Seiðr and nearby allies that blocks follow-up attacks at the start of her turn, granting a boost to all stats when Seiðr initiates combat, as well as a guaranteed follow-up attack and extra damage equal to 20% of her Res. These effects make Seiðr a solid support unit with good combat.

Seiðr’s unique C skill is a fantastic support effect, activating on enemy phase odd-numbered turns (turn 1, 3, 5, etc.) targeting foes in cardinal directions of Seiðr: directly Up, Down, Left, or Right of her on the map. If her Res is greater than the foe’s Res plus 3 times the number of spaces between her and the foe, that unit ends their turn immediately. This effect allows her to strategically prevent one or more enemy units from acting, which can be highly useful especially in Aether Raids.

Seiðr is an Astra mythic that unlocks the use of the 6th unit slot on Astra season raiding parties. In addition, when used in Aether Raids in Astra season, she boosts Astra-blessed allies’ HP by 5 and Atk by 3.

Seiðr’s base 43 Atk and 40 Res are fantastic, allowing her to deal high damage in combat and resist magical attacks, as well as more easily activate Future-Focused.

Seiðr’s base 39 HP and 30 Spd are solid, not amazing but serviceable, allowing her to take hits from magical units decently well and follow-up against very slow units, especially in combination with the guaranteed follow-up from Seiðr.

Seiðr’s status as a tome cavalry gives her high Mov and the ability to target foes 2 spaces away, and allows her to use great Skills like A/R Far Trace and Atk/Res Catch.

Seiðr’s base 17 Def is already low, and Still Water lowers it further, rendering her very vulnerable to attacks that target her Def.

Seiðr activates Future-Focused easily against foes with low Res or those who are nearby. However, foes with higher Res are more easily able to beat her Res check, especially if she can’t safely get close to them, since the Res check becomes harder to make with each extra space between her and her target. It is worth mentioning that at the time of writing, the two arguably best Anima mythics are Arval and Mirabilis, both of whom boost Res as part of their Mythic effect. So an enemy team with both of those Mythics has basically an extra 10 Res on every Anima-blessed unit, making them that much more resistant to Future-Focused. However, many common threats such as Valentine’s Chrom and Winter Lysithea have very poor Res and Seiðr’s Res is high enough that it is still easy to apply in useful ways.