Community Posts with Keyword Selena All 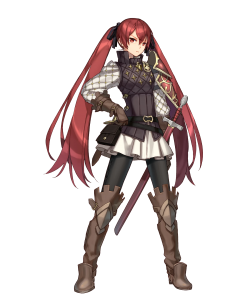 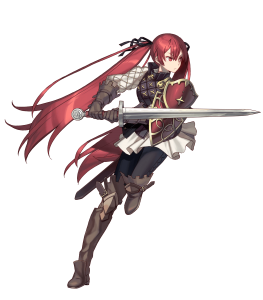 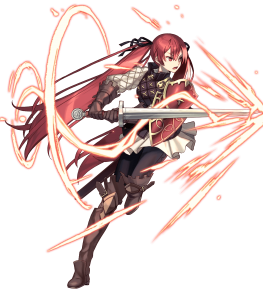 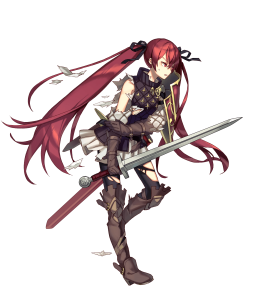 This build aims to capitalize on Selena’s fairly balanced overall statline and the unique capabilities of her exclusive weapon to transform her into a competent defensive generalist, a role that she can fulfill quite well under the proper circumstances. A Speed Asset makes for a strong choice of IVs here to build upon Selena’s versatility through an enhanced likelihood of performing and denying follow-up attacks, though an Attack Asset should also be considered to grant her a much-needed boost to her raw damage output and improve her ability to actually ORKO incoming foes.

Despite sharing a similar focus on Selena’s performance in the Enemy Phase similarly to the first build, this set differs in that it’s much more specialized in nature and aims to maximize her ability to comfortably (and consistently) soak hits; this allows her to function as an effective defensive tank against opposing melee threats. That being said, however, an Asset to either one of her offensive stats remains ideal, though a +DEF IV may be considered here for increased durability.

Dedicated retainer to the eldest princess of Nohr (and notorious tsundere), Selena: Cutting Wit enters the fray as an infantry sword user who was commonly considered one of the weakest heroes in the entire game — but for good reason. Combined with her status as a physical damage dealer, Selena’s horrendous base Attack stat of 25 made her almost entirely reliant upon Special activations for her damage output and none of her other stats were strong enough to warrant using her over other sword users with significantly greater utility.

That being said, the introduction of her own exclusive weapon, Selena’s Blade, has done quite a bit to enhance her previously underwhelming performance; effective damage against armored foes on top of a +10 damage boost upon Special activations when refined compliments Selena’s base statline incredibly well, improving upon her main weakness — her low damage output — to a notable degree. Her PRF’s conditional in-combat boosts can also be maintained rather consistently due to her poor Attack (even when equipped with her PRF), allowing her to capitalize on her overall balanced statline and function as a capable generalist.

However, Selena is still plagued by numerous weaknesses that limit her overall potential considerably. First and foremost, although her PRF does help strengthen her overall damage output, it remains exceedingly poor outside of Special activations as well as when not fighting against armor units; even with the +3 Attack boost she can gain and its 16 Mt, she can struggle to deal meaningful damage outside of scenarios that allow her to make the greatest use of her strengths. Selena also requires a substantial amount of investment to function properly and can fail to perform up to par without it. Furthermore, even at her best, Selena faces heavy competition from a plethora of other sword users whose more powerful statlines and/or exclusive weapons allow them to easily outstrip the young maiden.

Overall, while she may not necessarily have become a top contender as far as sword units go, Selena’s performance has definitely seen much improvement as a result of her unique personal weapon, allowing her to be a solid choice for those looking for a competent generalist.

Selena’s personal weapon is her most significant strength at her disposal. In addition to granting her an appreciable overall stat boost under the proper conditions and effective damage against armor units (which is quite valuable given their typically high durability and her otherwise low damage output against them), Selena’s Blade can be refined further to gain a +10 damage boost upon Special activations, further improving her damage output.

Aside from her underwhelming base Attack, the rest of Selena’s stats are surprisingly quite solid; her good Speed and respectable amount of mixed bulk provides her with the ability to perform as a markedly capable generalist.

As an infantry unit, Selena benefits from access to powerful exclusive skills like Null Follow-Up and Steady Breath, which she can utilize to elevate her overall performance considerably.

Selena’s greatest weakness is her exceedingly poor base Attack stat of 25. Even with significant investment and the power of her PRF, she can struggle to deal significant amounts of damage against bulky foes.

As a direct result of her low Attack, Selena is quite reliant on Special activations for the majority of her damage output, especially when taking her PRF’s unique refinement option into consideration. That means that opponents equipped with skills like Guard and Steady Stance 4 can easily put a stop to her.

Selena requires an ample amount of investment to put her stat spread and personal weapon to good use, which may not be entirely feasible depending on the resources available; being unable to provide this support can lead to a marked decrease to her overall effectiveness.

Although the addition of Selena’s Blade has enabled her to distinguish herself somewhat amongst her direct comparables, Selena still faces an incredible amount of competition from other sword units who can fulfill a similar role while requiring much less team support and/or investment to function properly.

Selena's blade works well with her low attack, because if her opponents have more attack than her she gets +3 to all her stats. The attack check begins before the battle, so skills that give attack during combat are not taken into consideration of her weapon. Her stats are very balanced to where you'll need her at higher merges to make her work better. Her super boon in attack would ironically make her have too much attack at +10 merges, making her unique refinement a problem to utilize, so this blade works better if you work around her solid bulk.

Well, first off, this is my first build here in a while, and it's a pretty dang exciting one, featuring everyone's favorite walking inferiority complex, Selena.

She's always been a mixed bag of strengths and weaknesses. her mixed bulk has always been a pretty strong point in her favor and her decent speed means she can put that to good work, but her attack leaves a lot to be desired, and her stats across the board, while decent, leave too much to be desired, they're just too balanced.

Cue Selena's Blade, her very own prf weapon hailing from Fire Emblem Fates...and what a personal weapon it is. As though it were tailor-made for her (It was), it retains her base weapon effect being an armorslayer, but brings a whole heaping of helping stats for the measly cost of having 3 less attack than the opponent. For those who might be unfamiliar with just what made Selena so not good, her base attack of 25 means that even when she does hit, she'll be hitting like a wet noodle. Her superboon helps a tiny bit, but her attack is still only a meager 29, or 45 with the weapon applied. This is usually enough to run under many units as it stands, but her strength doesn't lie in her attack stat.

That's where the rest of the set swoops in and says "Hey world, remember this attack drop Fortress Def/Res 3 gives? What if you could put it to good use?" And hot dang she answers that question with the electric energy of a A Certain other tsundere. Not only does her weapon weapon synergize with FDR and its attack drop, but when all that is taken into account, her total non-visible bonuses from skills and weapons becomes 1/3/9/9.

Of course, that stat total is assuming you run her refine, the every helpful Wo Dao effect...but that might not be the most optimal play with our girl here. See, by giving her any non-attack refine, you further augment her defensive capabilities either directly (in the event of def/res refines) or indirectly (in the event of speed refines). Overall, her weapon shifts her from a once mediocre mixed tank who was forced into a defensive role with a reliance on special damage into a beast of a unit that has a total BST increase of +12 putting her in the same camp as gen 3 infantry units.

The rest of the build is down to personal preference. I usually opt for an effect refinement with Moonbow and the other skills vary from there. Null Follow-Up gives her extreme utility against the ever potent armor teams, while the renewal seal gives her sustain over time. Swapping these things out on occasion is most certainly not a bad idea, and her ceiling has been raised significantly by her newfound weapon.

Anti-green Selena designed to deal damage upon foes first so that her teammates can finish the job. Also meant to go against axe Hectors. (The stats on this one are with +1 and a dragonflower). +SPD is the ideal boon.
Selena's Blade is good to take advantage of her low attack and power herself even more. With the effect, she can dish out high damage.
Reposition to get others out of the way, or Pivot if she needs to get out of the way herself.
Ignis takes advantage of her high Def.
Triangle Adept helps her dish more damage against the axe foes.
Seal Def helps lower their Def so her allies can deal more damage attacking them.
Threaten Spd allows her to outspeed them even more.
For a Seal, I use Defiant Atk (which is kind of ironic), but Defiant Res or Def works as well since she will probably be taking damage from the foes as well.

This is a recipe for an Aether-like Selena designed for multi-battle maps like Tempest Trials as both a tank and a healer.

Recipe:
1. Lose 10 HP from Ardent Sacrifice to activate Wrath.
2. Mix Selena's Blade, Wrath, and Time's Pulse to ready Noontime every turn for 20 guaranteed damage.
3. Add Noontime and 14 damage to the 20 damage from step 2 to completely heal from Ardent Sacrifice.
3b. To get the 14 damage required one of the following must be true: Opponent has <33 Defense OR armored opponent has <56 Defense OR green opponent has <42 Defense.
4. Repeat as needed to heal allies while continuing to add in Wrath.
5. Add Close Def 3 to the Selena's Blade stat mix to get 47 Defense and 43 Res. For a tankier mix, switch Fortress Def/Res for Brazen Def/Res but note that it turns off after healing and results in 2 more attack which could cause her to miss out on the +3 to all stats from Selena's Blade.
6. Bake at 350 degrees until your enemies cry when they can't kill her. Ever.

Add merges and dragonflowers to taste.

A tipical fury desperation build , just go all in attack, dance and attack again, but in her case she can be tanky enough to remain alive. Pairs well with Axe azura. 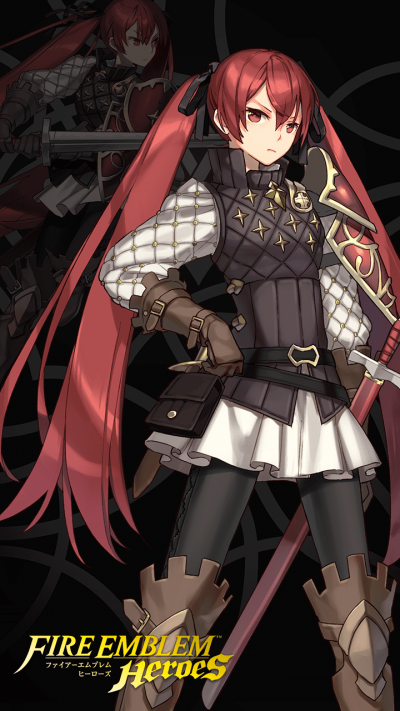 61 effective def and TA vs. Mia
I often pit my strongest units against each other too see how effective my builds are…
Am I gonna stay or
So, will I be able to stay with this score or am I going to get executed? image1620…
Two extra l!alms, what to do with them?
i recently pulled two extra l!alms and one happened to have a speed boon and a defense…
So... Bracing Stance 3
Bracing Stance 3: Gets released. Arthur: image800×450 23.4 KB Arthur’s ”Tank…
Fiora forma soul choice
image828×1792 567 KB This is my last choice… which to pick sturdy impact or distant…
Read More