Community Posts with Keyword Serra All 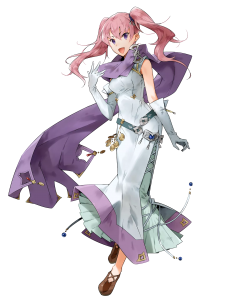 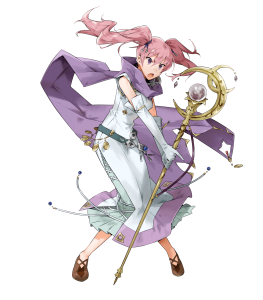 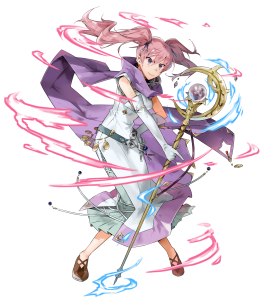 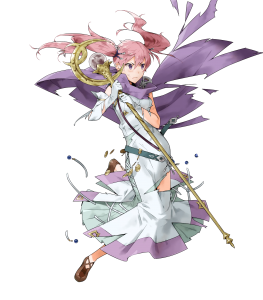 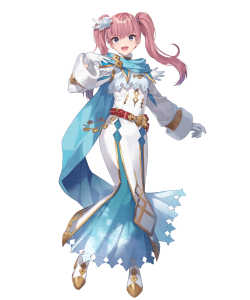 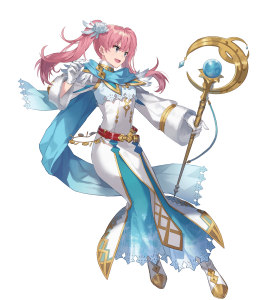 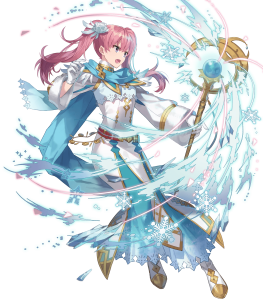 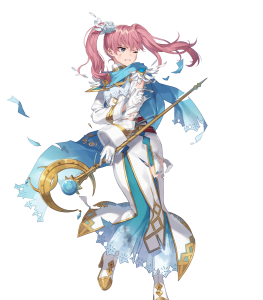 Attack serves as Serra’s most useful stat, as it directly boosts the amount of healing she can output, and the amount of damage she causes foes. After Attack, Speed and Resistance are her second most important stats, both improving Serra’s survivability and the latter her Ploy skill options. HP and Defense are not useful on Serra, who has paper-thin physical defenses anyway and is likely to die if attacked.

Serra’s offensive set sees her take on skills to boost her damage and cause mass havoc to foes around her. Thanks to Cleric staff refines, Serra can use both Dazzling Staff and Wrathful Staff at the same time. This set is designed to let Serra initiate without fear, whilst preserving her supportive potential.

The crux of the set is the Wrathful Staff/Dazzling Staff combo. If Serra’s weapon is refined as Dazzling, she must run Wrathful in her B slot skill (and vice versa). This combo lets Serra attack at full damage, and prevent enemy counters. The Pain staff combined with two Savage Blow slots allow Serra to inflict a flat 24 nonlethal damage to foes around her target.

Attack +3 is both cheap and effective, boosting Serra’s healing and damage. Atk/Spd Bond lends her more to combat duties and can allow Serra to score some KO’s. However, the added Attack will not factor in to her healing, making this option worse than Attack +3 for support duties.

Finally, Recover comes for free on Serra and is the best for general, conditionless healing. Physic trades some raw healing potential for the ability to heal at range, and the choice between the two largely comes down to playstyle. Imbue is the go-to Special, giving Serra more healing. Miracle is a more niche pick, but is only useful for multi-map modes where she’ll have the opportunity to fulfill the long charge time.

A supportive set sees Serra take on skills to buff her allies in addition to healing and damage dealing. This is the most balanced set for Serra, equal parts Healing, Supporting and Offensive. She can truly be the versatile threat she was born to be, taking on three important jobs at the same time.

Dazzling Pain is simply too good to ignore, giving Serra some ferocity on the field and allowing her to shred enemies with typeless damage. Absorb is also an acceptable budget option, allowing Serra to sustain herself if required. The skill combination of Wrathful and Dazzling Staff lets Serra attack with impunity should she desire. If Serra is not needed in combat, Chill Def is a fantastic team support option on her, effectively granting her allies extra damage onto a target. Live to Serve is a budget choice, but is great for keeping Serra alive in multi-map game modes, and is the best choice if Autobattling with her.

Where this set largely differs from the offensive one is in her C slot and Seal slot. Tactic skills can grant Serra’s allies significant stat boons, provided the team fulfills the buff requirements. Atk and Def Tactic are the best choices, but if they are provided with other units, Serra should run another Tactic skill. She can also run Ploy skills, with Atk Ploy and Def Ploy being the strongest options there.

Balm Specials can be quite useful, especially if Serra is going the route of full buffer. Swift-Winds allows Serra to buff Speed, but she can also take the old faithful Imbue. Once again, Recover and Physic give Serra the best no-nonsense healing options, with the choice between the two coming down to playstyle.

Serra appears in Fire Emblem: Blazing Sword as a sprightly cleric with a penchant for adventure. In Heroes, Serra is a staff-wielding healer who specializes in support duties, but can perform offensively if given the chance. Serra is one of many healers in the game, but being available at three and four stars makes her very accessible.

Compared to her fellow healers, she has balanced stats with a decent amount of Attack, Speed and Resistance. Alongside providing her signature healing, Serra can be kitted out with Savage Blow to deal typeless area of effect damage, or Ploy/Spur skills to further support her allies. Like most healers, she has weak physical defenses and will fall easily to assaults from swords, axes, lances, bows and daggers.

Overall, Serra is a well-rounded cleric. Thanks to her ease of availability, she is a good investment candidate for players looking for a budget healer. Serra can be used at rarities lower than 5*, although doing so will squander much of her maximum potential.

Serra is one of the most balanced clerics in the game, possessing 30 Attack, 31 Speed and 33 Resistance. 30 Attack is not particularly high, but allows Serra to make use of the many staves who base their healing off Attack. 31 Speed is primarily useful defensively. Serra has poor physical bulk, but she can avoid most mid-Speed doubles and occasionally take a hit. Her Resistance gives her great Ploy options and allows her to survive against slower mages.

Versatile role on the battlefield

Being a staff-user, Serra is mostly used for her healing capabilities. She can keep a team sustained over many battles or maps with the help of a staff. However, Serra can take the offensive when required, thanks to the skills Wrathful Staff and Dazzling Staff. They allow her to deal strong typeless magic damage without fear of retaliation. Serra’s ability to provide damage or healing make her a versatile unit and a great pick for nearly any map.

With only 21 Defense and 33 HP, Serra is extremely frail and can’t survive even mild physical damage. Most of the enemies she can avoid doubles against have the power to OHKO her, and those who can’t OHKO her have the power to double her. This is a problem that many staff-users share, and Serra is no exception.

Can knock some enemies into dangerous HP levels

Serra’s ability to deal aoe non-lethal damage can have some unintended side effects, such as activating enemy threshold skills. Skills such as Vantage and Wrath make foes much more threatening. Brazen and Defiant skills grant enemies stat buffs, making them harder to KO. Wings of Mercy is an incredibly dangerous skill that makes enemy movement much more difficult to predict. When using Serra, it’s imperative to check enemy skills before attacking. 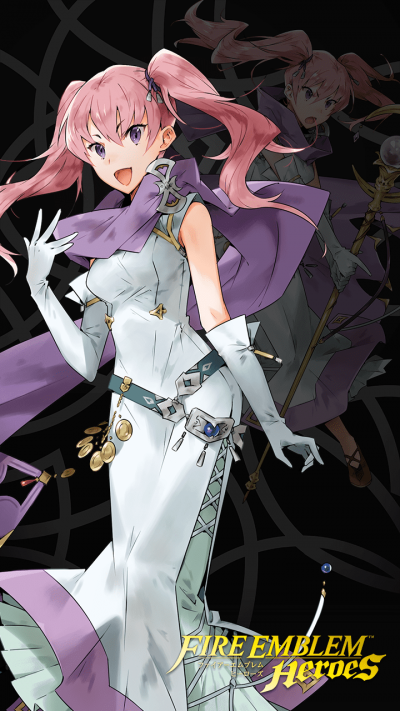