Community Posts with Keyword Sharena All 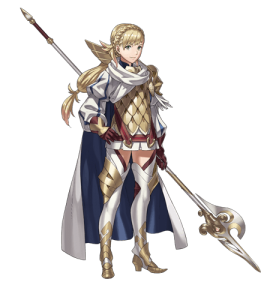 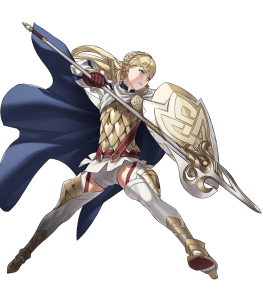 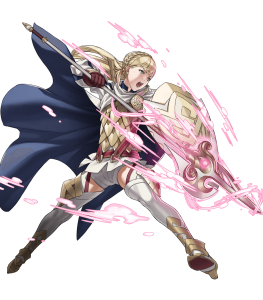 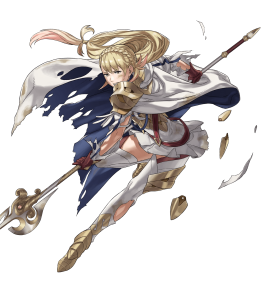 Perhaps her biggest selling point, Sharena is part of two bonus unit rotations: one for Arena, and one for Aether Raids. She can be built optimally or cheaply for both modes with impressive results thanks to her previously mentioned perks, as well as the bonus stats that come with being a bonus unit. In spite of her lack of merges, Sharena is never a bad competitive investment for those who find rarely themselves summoning, though she will require a few expensive options via skill inheritance.

By current metagame standards, Sharena’s balanced statline isn’t exactly winning rewards. In practice, however, her relevant physically-inclined stats are malleable enough to take on current threats with sufficient investment. While her base 22 Res is indeed low, that, too, is workable with dedicated investment, especially in Aether Raids where she frequently benefits from bonus perks and Eir's HP/Res boosts in Light season.

Sharena's infantry status is one of her biggest carries. She is able to benefit from skills such as Spurn, Time's Pulse, Flashing Blade, Null Follow-Up, Infantry Flash, and others with more than sufficient degrees of effectiveness. Additionally, she does not suffer from exploitable weapon effectiveness that is common for dragons and armors.

When refined, Sharena's unique weapon Fensalir gains a basic but deceivingly useful effect: it essentially combines the effects of both Dull Ranged and Dull Close, allowing her to neutralize all of the visible bonuses of any foe to zero. Additionally, the effect refinery of said weapon grants her an innate Spd/Def Bond, which slightly makes up for Sharena's basic statline when the Bond condition is fulfilled. Together, these two effects constructively give Sharena more equal, practical grounding in fights against more highly-invested, highly-merged enemies, especially considering Sharena herself cannot be merged at this time of writing.

Like the rest of the Askr trio, Sharena, unfortunately, does not have a way to bolster her strength and Arena scoring potential with merges. Despite there being methods of padding out her stats (such as bonus stats, Summoner Support, Dragonflowers, Trait Fruits, Mythic Heroes and blessings, etc), they cannot effectively change Sharena's innate traits, leaving her an often left-behind choice compared to more mergeable and customizable units.

This matters typically less for people more concerned with Aether Raids, but it bears mentioning. Since the current Arena scoring formula takes merges and base stat total heavily into consideration, Sharena will also score lower than your most highly-merged, high investment bonus units in the same season. Fortunately, this is typically less of an issue for those merely looking to maintain their rewards in Tier 18-20.5 rather than stay in Tier 21.

Like most conventional lance units, Sharena doesn't take to Resistance-hitting attacks particularly well. Though her Speed is decent and her total Resistance bulk typically comes out to 68-70 uninvested (depending on the refined weapon used), both stats can leave her vulnerable to powerful magical follow-ups if they are not invested in further.

Sharena's statline is good, but her base stat total and distribution generally still leave her largely wanting for more in the relevant places. As such, in terms of competition, fellow infantry such as Kris and Legendary Dimitri have much access to the same perks as Sharena while also boasting tools and attributes that can make the Princess of Askr quite green, especially in terms of dedicated tanking.

Lances in other movement categories also tend to have flashy features that may leave Sharena ignored, including powerful followup methods (Brave Hector) or higher potential offenses with movement class perks (most lance fliers and their access to Flier buff stacking).