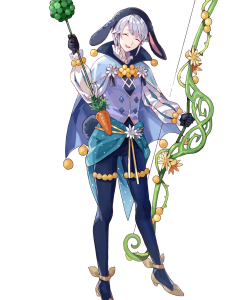 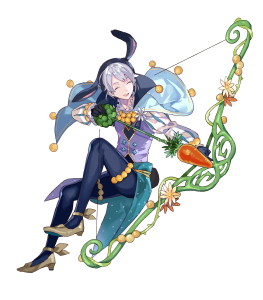 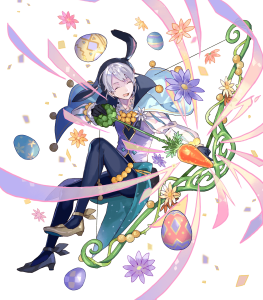 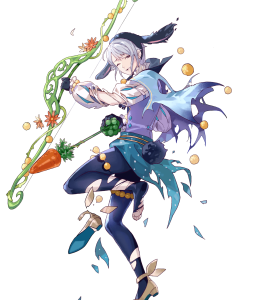 Henry's C-slot ideally should follow the same goal as the others: buff Henry's offenses in some way. There's many ways to do this from Rouse to Menace to Smokes; as long as it involves Atk or Def or both, choose which suits your level of investment.

Henry hops in with a springingly high base 40 Def, a new record high for the entire ranged cavalry group (as of this time of writing). Accordingly and with a bit more investment, you can expect him to weather a number of physical hits like a champion bun-bun pal, all while being no slouch at biting back with a solid 37 Atk.

As expected of his ranged cavalry status, Henry enjoys the freshly grown, open fields with his extended attack and movement range. With it, he threatens large portions of maps while being able to assist with his allies at a good range if needed.

Henry's unfortunately a generic, but his bow-using status means he's got a whole arsenal of goodies to try out. Depending on the build and your desired combat effects, this can range anywhere from a simple but powerful Brave Bow+ nuke build to leveraging his rocket high Def for pretty spicy defensive builds with choices like Reindeer Bow+ or his own Carrot-Tip Bow+.

Henry's oddly lengthy ears and Def are just about the only things that are hoppin' huge about him. Aside from those and his just great Atk — which is eclipsed by several bow cavalry with better base Atk like Legendary Leif — Henry struggles to branch out confidently with a somewhat-too-balanced distribution in the rest of his stats.