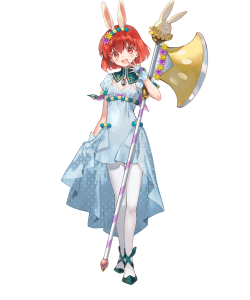 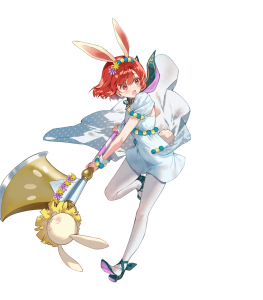 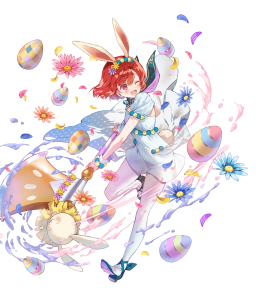 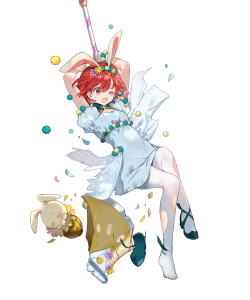 Taking a page from her siblings’ books, Maria wields her very own Axe for the Spring festival that, funnily enough, puts Hauteclere to shame.

By boosting her damage output, improving her survivability, and even providing allies some support, Pastel Poleaxe helps Maria stand out amongst her peers. It’s also really cute!

35 HP is startlingly low for a Gen 6 Melee Flier. While Maria’s excellent 40 Def saves her physical bulk, her 25 Res does not save her magical bulk, leaving her susceptible to being OHKO’d by magical enemies even after Pastel Poleaxe’s +5 Res and damage reduction during combat.

Although Pastel Poleaxe and Maria’s Flier status have their strengths, they also come with notable and/or set-specific drawbacks that can make Maria an awkward unit to use.